By Danny Sjursen: The United States has already lost -- its war for the Middle East, that is. Having taken my own crack at combat soldiering in both Iraq and Afghanistan, that couldn’t be clearer to me. Unfortunately, it’s evidently still not clear in Washington. Bush’s neo-imperial triumphalism failed. Obama’s quiet shift to drones, Special Forces, and clandestine executive actions didn’t turn the tide either. For all President Trump’s bluster, boasting, and threats, rest assured that, at best, he’ll barely move the needle and, at worst… but why even go there? 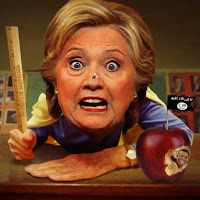 At this point, it’s at least reasonable to look back and ask yet again: Why the failure? Explanations abound, of course. Perhaps Americans were simply never tough enough and still need to take off the kid gloves. Maybe there just weren’t ever enough troops. (Bring back the draft!) Maybe all those hundreds of thousands of bombs and missiles just came up short. (So how about lots more of them, maybe even a nuke?)


Lead from the front. Lead from behind. Surge yet again… The list goes on -- and on and on.
Read more »
Posted by Angelo Agathangelou at 10:54 pm No comments:

Ingredients For A New Global Crisis

Max and Stacy discuss an EU blinded by hate and a currency unpegging from the dollar . . . watch what happens. In the second half Max continues his interview with Nomi Prins, author of ‘All the Presidents’ Bankers’, about Trump’s cabinet and advisers of the Goldman Sachs swamp.
Posted by Angelo Agathangelou at 8:52 pm No comments:

The Privileged Lives Of Men (According To A Trans-Man)

Male privilege is an obvious problem - prominent and limiting in the lives of oppressed women as this trans-man (fails to) explain to us. Regards, Bearing.

Read more »
Posted by Angelo Agathangelou at 7:16 pm No comments:

The Greatness And Goodness Of Men

Read more »
Posted by Angelo Agathangelou at 5:10 pm No comments:

Most UK MPs Are Petrified Of Resisting Feminists - Not Me

By Philip Davies MP: It has taken me until the fifth week on the Women and Equalities Select Committee to make a serious effort to try to change its name.
Every select committee is named directly after the Government department it is set up to scrutinise.
I also serve on the Justice Select Committee which tracks the work of the Ministry of Justice. The Treasury Select Committee watches over the work of the Treasury and so on.
There is just one exception to this. The work of the Government Equalities Office is, for some reason, shadowed by the Women and Equalities Select Committee.
Anyone can see that the name should be the Equalities Committee, and so I put this to the Leader of the House and asked whether he would amend the name.
I also asked him to confirm that matters concerning women would still be able to be considered by the select committee if the name were to be changed.
The Deputy Leader of the House, answering the question, rather dodged the issue (perhaps he also found the current situation indefensible) and said that he had received no other requests to change the name and that I should ask the Procedure Committee to look into this. I will be doing this, so watch this space.
The recurring theme is the number of MPs in different parties who tell me, privately and in a whisper, “Of course you are absolutely right about this, it is all ridiculous” but – with very few but notable exceptions – will not dare to say so publicly.

Read more »
Posted by Angelo Agathangelou at 1:21 pm No comments:

"I Will Not Cover Myself Up"

'Le Pen Refuses To Wear Headscarf,
Cancels Meeting With Lebanese Cleric'
By Tyler Durden: French presidential candidate Marine Le Pen, and leader of the National Front, canceled a Tuesday meeting with Lebanon's grand mufti, its top cleric for Sunni Muslims, after refusing to wear a headscarf for the encounter. 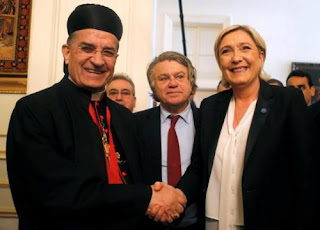 Right: Marine Le Pen shakes hands with Cardinal Bechara Boutros Rai of Lebanon
After meeting Christian President Michel Aoun, her first public handshake with a head of state, and Sunni Prime Minister Saad al-Hariri on Monday, she had been scheduled to meet the Grand Mufti Sheikh Abdul Latif Derian. He heads the Dar al-Fatwa, the top religious authority for Sunni Muslims in the multireligious country.

"I met the grand mufti of Al-Azhar," she told reporters, referring to a visit in 2015 to Cairo's 1,000-year-old center of Islamic learning. "The highest Sunni authority didn't have this requirement, but it doesn't matter. You can pass on my respects to the grand mufti, but I will not cover myself up," she said.

Read more »
Posted by Angelo Agathangelou at 11:12 am No comments:

James Baldwin And The Meaning Of Whiteness 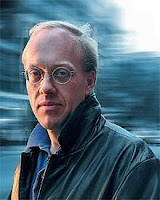 By Chris Hedges: Raoul Peck’s “I Am Not Your Negro” is one of the finest documentaries I have ever seen—I would have stayed in the theater in New York to see the film again if the next showing had not been sold out. The newly released film powerfully illustrates, through James Baldwin’s prophetic work, that the insanity now gripping the United States is an inevitable consequence of white Americans’ steadfast failure to confront where they came from, who they are and the lies and myths they use to mask past and present crimes. Baldwin’s only equal as a 20th century essayist is George Orwell. If you have not read Baldwin you probably do not fully understand America. Especially now.
History “is not the past,” the film quotes Baldwin as saying. “History is the present. We carry our history with us. To think otherwise is criminal.”
The script is taken from Baldwin’s notes, essays, interviews and letters, with some of the words delivered in Baldwin’s voice from audio recordings and televised footage, some of them in readings by actor Samuel L. Jackson. But it is not, finally, the poetry and lyricism of Baldwin that make the film so moving.
Read more »
Posted by Angelo Agathangelou at 8:07 am No comments:

Ryan Dawson: They are protesting Netanyahu, I will have footage tomorrow

Posted by Angelo Agathangelou at 6:00 am No comments:

Aviva Plc: ‘Promote Women Or Else’

By Mike Buchanan: Since 2012 Campaign for Merit in Business has been pointing to the strong evidence of a causal link between increasing female representation on corporate boards, and financial decline.

The private sector continues to accede to demands for more women on boards, and the government is known to be seeking gender parity on FTSE350 boards, threatening gender quota legislation if necessary – a tactic hailing back to the 2011 Davies Report, which resulted in the proportion of women on FTSE100 boards doubling from 12.5% in 2011, to 25% by 2015. Virtually all the female directors appointed over those four years shared something in common with the existing women on FTSE100 boards, being appointed as non-executive directors. 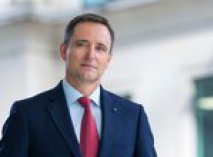 Much of the drive for more women on boards comes from manipulative ideologically-driven sexist women in senior positions. A case in point. Aviva plc is a British multinational insurance company headquartered in London. It has around 33 million customers across 16 countries.
Aviva has 13 people on its board, including three women. All the women are non-executive directors. Shockingly, both the chairman and the senior non-executive director are grey-haired white men.
It gets worse. All the board members are white. If a board with few female directors (or none) is evidence of the ‘glass ceiling’ (i.e. anti-female sexism) – as proponents for ‘more women on boards’ claim, or imply – then (by the same logic) an all-white board must be evidence of racism.

Read more »
Posted by Angelo Agathangelou at 2:24 am No comments:

By Cezar-Valentin Constantin
A funny take at what the world would look like if all the "secrets" behind marriage would be common knowledge.

Read more »
Posted by Angelo Agathangelou at 1:03 am 2 comments: