Groundwork For The Metaphysics of MGTOW: One man. One betrayal. A lifetime of repentance. The legend is born.

Professor Michelle Simmons, Australian Quantum Physicist, Attacks Attempts To ‘Feminise’ The Teaching Of Physics
BBC: Australia's most populous state will focus on better preparing students for university and employment in a major overhaul of its school curriculum.

New South Wales on Tuesday unveiled changes to its high school syllabus for the first time in 18 years.
The new focus eschews "social context" teaching - which had drawn criticism - for more in-depth, critical thinking.
It comes after an international study in December showed Australia's maths and science ranking had tumbled.
The changes address recent criticism over a lack of rigour, said Tom Alegounarias, the head of the state's Education Standards Authority.
"We reviewed the whole [syllabus], we looked at what the community is demanding for now and in the future," Mr Alegounarias told the Australian Broadcasting Corporation.
"The major shift is towards greater depth, rigour, and mastery of content learning."

One of Australia's leading scientists, quantum physicist Michelle Simmons, recently attacked what she called attempts to "feminise" the teaching of physics.

Karen Straughan With The Team Behind "Young Voices"

Because of the issues facing young men today, a commission to create a White House Council on Boys and Men established “Young Voices TV and Radio” to give young people an opportunity to have their concerns heard by the public, media, politicians and community leaders.

By Tyler Durden: During a lively discussion centered on fears that President Trump is "trying to undermine the media," MSNBC's Mike Brzezinski let slip the awesome unspoken truth that the media's "job" is to "actually control exactly what people think."


Read more »
Posted by Angelo Agathangelou at 1:43 pm No comments: Links to this post

Watch Me Commit A Heinous Thoughtcrime!

That notorious thought criminal, James Corbett of corbettreport.com, is at it again, recklessly endangering the public with another wanton act of brazen criminality...Wait, what? Drinking coffee isn't illegal? But that's not what the talking heads on tv implied. If they deceived us about this, what else could they be manipulating us into believing?
Posted by Angelo Agathangelou at 12:35 pm No comments: Links to this post

The US seeks to use the ‘Iranian threat’ to milk the Gulf states’ coffers and get them to normalize with Israel
By Abdel Bari Atwan: Donald Trump’s new US administration has adopted the idea of forming a new Arab-Israeli axis to fight Iran. The objective is not actually to declare war on the Islamic Republic, but to exploit the notion of a growing Iranian threat to get the ‘Sunni’ Arabs to fully normalize with the Israeli occupation, and to milk the Gulf states’ depleting coffers to fund American infrastructure projects as promised during Trump’s election campaign.

The Obama administration also exploited the Iranian threat for the same purpose, selling $130 billion worth of sophisticated aircraft and weaponry to the Gulf states, even while planning to contain Iran by political means and engage it in secret negotiations.
The right-wing Wall Street Journal reported on Wednesday that the Trump administration is in talks with Arab allies about having them form a military alliance that would share intelligence with Israel to help counter Iran. It would be based in Egypt, and would include that country along with Saudi Arabia, the UAE and Jordan. Neither the formation of such a coalition nor the inclusion of Israel as a security/intelligence partner comes as any surprise. Israeli Prime Minister Binyamin Netanyahu has said openly and on-the-record that his country’s ties with Saudi Arabia and other Gulf states do not need developing as they are already developed.

Read more »
Posted by Angelo Agathangelou at 10:05 am No comments: Links to this post

Creeping Her Out - MGTOW

"Hi Sandman, I want to talk to you about this lying back stabbing man hating feminist cunt that use to attend my dad’s church. She attended the church for about 3 years without incident. Close to the end of every service we get in a prayer circle & after the prayer is over the command giving by my dad “everyone hug someone”. And everyone would take turns hugging each other. That would occur every Sunday but late November 2016 I started noticing that this certain female stopped showing up for Sunday service, I figured she was just busy trying to get into acting in small parts in commercials or improvising sketches.

Read more »
Posted by Angelo Agathangelou at 7:59 am No comments: Links to this post

By Jonathan Cook: Human rights groups and Palestinian leaders have condemned what they called the “extremely lenient” punishment of Elor Azaria, the Israeli army medic who was filmed executing a severely wounded Palestinian in Hebron last year.


On Tuesday, a military tribunal sentenced the soldier to 18 months in jail and a demotion, nearly a year after he shot a bullet from close range into the head of 21-year-old Abdel al-Fattah al-Sharif. 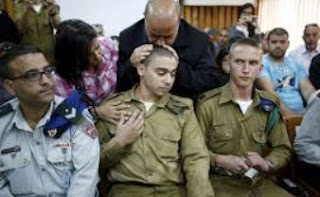 There has rarely been a trial in Israel where the judges have been under such relentless – and mostly hostile – scrutiny. That appeared to be reflected in their sentencing, more than a month after they found Azaria guilty of manslaughter.


The sentence was much lower than the three to five years demanded by the prosecution, and far below the maximum tariff of 20 years. One of the three judges dissented, recommending two and a half to five years.
Read more »
Posted by Angelo Agathangelou at 6:49 am No comments: Links to this post 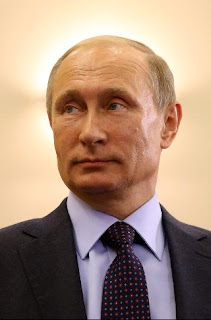 By Philip Weiss: I completely believe that Donald Trump was in bed with the Russians before the election and the campaign may well have intrigued with Vladimir Putin with respect to Wikileaks and that helped defeat Hillary Clinton. I believe that because that’s how the world works; because a lot of very smart people in the liberal establishment believe it; and because the New York Times and Washington Post are documenting some of it, with the fervor of Watergate.

Maybe it will bring the liar in chief down some day and end this short national nightmare. I certainly hope so.
But there are two large exceptions to the Russian conspiracy. The first is that it is good policy for the United States to be talking to Russia. If Clinton were president today, there might be dogfights over Damascus. Her gang was all for regime change in Syria, and for confrontation over the Ukraine. That’s bad policy. I’m glad they’re not running the show– though they are certainly running this story.

Read more »
Posted by Angelo Agathangelou at 2:40 am No comments: Links to this post