Zionist Report: Whatever qualms American Jews have with President Donald Trump, Vice President Mike Pence sought to ease them Friday night. - Speaking in Las Vegas to members of the Republican Jewish Coalition (RJC), Pence said there needs to be a strong United States-Israel relationship; he emphasized support for the Jewish community at a time when anti-Semitic crimes are on the rise, and he reiterated the Trump administration’s commitment to preventing Iran from acquiring nuclear weapons. “If the world knows nothing else, it will know this,” Pence said, addressing a crowd of approximately 500 people, “America stands with Israel.”

Read more »
Posted by Angelo Agathangelou at 10:28 pm No comments: Links to this post

By Author Douglas Galbi: Study of honor-based killings and abuse is replicating the shameful anti-men bigotry prevalent in discussions of domestic violence and rape. Honor killings make for sensational stories of sex and violence. Those stories are powerful weapons for demonizing men, promoting brutal suspension of civilized due process of law, and expanding the number of persons forceful held behind bars. That treatment of honor killings completely fails to provide an inspiring, alternate model of honor, decency, and humane tolerance. 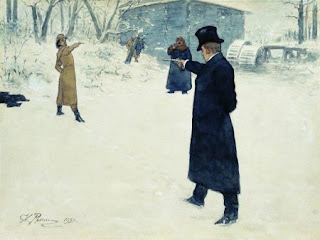 We define honour killings as intentionally committed or attempted homicides that are carried out predominantly by males against females in the context of patriarchal families or societies in order to restore, from the perspective of the perpetrator, their family’s or personal honour. [1]

Read more »
Posted by Angelo Agathangelou at 8:23 pm No comments: Links to this post

By Mike Buchanan: An interesting editorial in the current edition of The Spectator. The paper wouldn’t have published such a piece even a year ago.
There are, however, flaws in the article, including the lazy acceptance of the feminist narrative that the gender pay gap above 40 is ‘a problem to be solved’, rather than a reflection of men’s and women’s choices. An extract:

A select committee that champions equality ought to be concerned about this growing disparity in educational attainment. What is it about our schools which is failing to engage boys, and how can it be corrected?

There are at least two contributory answers to the first question – the feminization of the teaching profession, and the replacement of the ‘O’ level system by GCSEs in 1987/8, as reported by William Collins – here. How can the problem be corrected? By returning to assessment by examinations – Collins’s article demonstrates that, contrary to popular opinion, girls were not disadvantaged by this – and the appointment of far more male teachers, from primary school onwards.

Read more »
Posted by Angelo Agathangelou at 6:04 pm No comments: Links to this post

By Author Douglas Galbi: Most men deeply love their mothers. Most mothers deeply love their sons. Unfortunately, the mother-son relationship tends to support oppressive gynocentrism. The preeminent power of a mother over her son is evident in the eleventh-century Latin romance Ruodlieb. A mother’s power also appears in the Grottaferrata version of the tenth-century Byzantine epic Digenis Akritis.[1] The latter has particularly enduring value for helping women and men to recognize still-common, damaging patterns in the mother-son relationship. 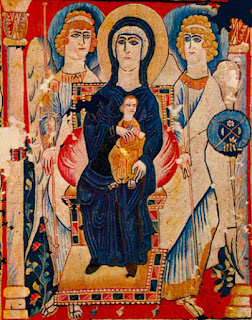 Digenis Akritis tells the story of Basil Digenis Akritis. He’s a strong, independent man of action who realistically lives out his love for women in challenging, culturally diverse circumstances of gynocentrism. This epic is set on frontiers between the Byzantine and Islamic empires about the tenth century GC. Digenis’s father, an unnamed Islamic emir, became a Christian to marry Digenis’s Christian Byzantine mother. The name Digenis Akritis means literally frontiersman of double descent. That double descent involves a man making a wrenching change to conform to his beloved woman’s society.
In Christian understanding, the savior of the world Jesus Christ is born of a woman without the labor of a man. The prologue of Digenis Akritis immediately evokes Christian worldly gynocentrism:

Read more »
Posted by Angelo Agathangelou at 4:17 pm No comments: Links to this post

She For He Event At The University Of Ottawa

Canadian Association for Equality: Four women discuss their position on men's issues and how they arrived at them. Featuring: Janice Fiamengo, Kriss Clément, Maria Al-Masani and Meg Warren.
Posted by Angelo Agathangelou at 11:32 am No comments: Links to this post

The United States Of Permanent War 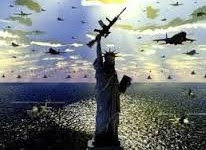 By Edward Hunt: As the foreign policy establishment continues to grapple with the consequences of Trump’s election, U.S. officials can still agree on one thing. The United States is a nation that is waging a permanent war.
In December 2016, President Obama reflected on the development in a speech that he delivered to U.S. soldiers at MacDill Air Force Base in Tampa, Florida. “By the time I took office, the United States had been at war for seven years,” Obama said. By continuing that war, “I will become the first president of the United States to serve two full terms during a time of war.”
Notably, Obama did not issue his remarks to criticize the United States. He only made his point to note that Congress had never provided him with authority to perpetuate the wars of the Bush administration. “Right now, we are waging war under authorities provided by Congress over 15 years ago—15 years ago,” Obama said. Consequently, he wanted Congress to craft new legislation that made it appear as if it had not permitted the United States to remain at war forever.

Now, No One Can Save Israel from Itself
By Ramzy Baroud: The President of the United States can hardly be taken seriously, saying much but doing little. His words, often offensive, carry no substance, and it is impossible to summarize his complex political outlook about important issues. 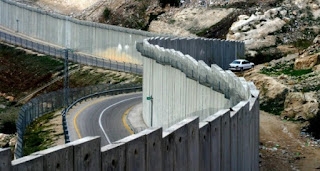 This is precisely the type of American presidency that Israeli Prime Minister Benjamin Netanyahu prefers.
However, Donald Trump is not just a raving man, but a dangerous one as well. His unpredictability must worry Israel, which expects from its American benefactors complete clarity and consistency in terms of its political support.
At the age of 70, Trump is incapable of being the stalwart, pro-Zionist ideologue in a way that suits Israeli interests well.
Take, for example, the White House press conference following the much anticipated visit by Netanyahu to Washington on 15 February.
The visit was scheduled immediately after Trump’s inauguration on 20 January and is considered the Trump Presidency’s answer to what Israel wrongly perceives as a hostile US administration under former President Barack Obama.

Will Trump Defy The Jewish Lobby?

Nathanael: Everyone’s talking about Trump’s first hundred days. The biggest talker is Trump himself. Today I would like to provide the American people with an update on the White House transition and our policy plans for the first one hundred days.

Read more »
Posted by Angelo Agathangelou at 5:37 am No comments: Links to this post