By Michael Krieger: The historical space available for Americans to engage in public protest has been declining for many years, and is a topic I covered on several occasions during the Obama administration. For instance in the post,  The War on Free Speech – U.S. Department of Justice Subpoenas Reason.com Over Comment Section, I noted:

Readers will be well aware of the gradual erosion by the state of the civil liberties of the American public. Such attacks are typically sufficiently under the radar, so that the average citizen has no idea what is happening until it’s too late. I have written about such calculated assaults on many occasions, but the holy grail target of the status quo is the First Amendment of the Constitution, which enshrines a right to the freedom of religion, speech, the press, and the right to peaceably assemble and petition the Government for a redress of grievances.
Many aspects of the First Amendment have been neutered in practice. For example, the right to assemble peacefully and effectively is often prevented in practice by the need to secure permits and other hindrances (see “free speech cages” and “protest zones”) . Meanwhile, on college campuses, where activism is historically most vibrant, many schools have embraced the Orwellian concept of “free speech zones” in order to prevent free speech.

Read more »
Posted by Angelo Agathangelou at 9:57 pm No comments:
Email ThisBlogThis!Share to TwitterShare to FacebookShare to Pinterest

StudioBrule: The Canadian Association For Equality (CAFE) hosted an event called SheForHe in Ottawa, Canada, on February 22, 2017 featuring four women who chose to speak out on behalf of men. Maria Al-Masani is an Arab Canadian Woman's Rights Activist and Arab Spring revolutionary, who was distinguished as a CNN Agent of Change. Al-Masani worked at the Parliament of Canada for the NDP and Liberal parties. She was also the first Yemeni at the Miss Universe pageant and now works as a jewelry designer for Al-Masani Royal Jewelry that promotes fashion that empowers women.
Posted by Angelo Agathangelou at 7:52 pm No comments:
Email ThisBlogThis!Share to TwitterShare to FacebookShare to Pinterest

By Matt Agorist: In many other countries, excluding the United States, corrupt bankers are often brought to task by their respective governments. The most recent example of a corrupt banker being held accountable comes out of Spain, in which the former head of the International Monetary Fund (IMF), Rodrigo Rato was sentenced to four years and six months behind bars. 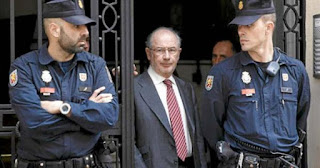 According to the AFP, Spain’s National Court, which deals with corruption and financial crime cases, said he had been found guilty of embezzlement when he headed up Caja Madrid and Bankia, at a time when both groups were having difficulties.
Rato, who is tied to a slew of other allegations was convicted and sentenced for misusing €12m between 2003 and 2012 — sometimes splashing out at the height of Spain’s economic crisis, according to the AFP.
The people of Spain were outraged over the scandal as it was discovered during the height of a severe financial crisis in which banks were receiving millions in taxpayer dollars. Bankia was eventually nationalized and given 22 billion in public money.

Read more »
Posted by Angelo Agathangelou at 5:46 pm No comments:
Email ThisBlogThis!Share to TwitterShare to FacebookShare to Pinterest

Stefan Molyneux and Karen Straughan aka GirlWritesWhat discuss female responsibility avoidance, the female role in the cycle of violence, feminism as a government program and blame as relief plus helplessness. Misogyny. Patriarchy. Feminism. Oh my!
Posted by Angelo Agathangelou at 1:42 pm No comments:
Email ThisBlogThis!Share to TwitterShare to FacebookShare to Pinterest

Feminism LOL: Motives for false allegations are not myths. This is the start of a series on why women lie about rape. *No goats were harmed in the making of this video.

Read more »
Posted by Angelo Agathangelou at 11:56 am No comments:
Email ThisBlogThis!Share to TwitterShare to FacebookShare to Pinterest

Coercion And The Politics Of Inclusion 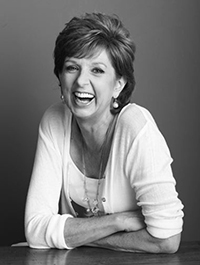 By Bettina Arndt: I’ve long been amazed by the willingness of the Australian media to buy into using the crazy terminology for the gay community, LGBTIQ or “alphabet soup” as some call it. It is nonsense to suggest the ever-growing Rainbow Coalition is a unified group, lobbying for cohesive, recognised goals. The reality is that the various factions are at each other’s throats, as was painfully obvious at an Ethics Centre debate held last year.
I’ve just published an article in The Spectator Australia about the coercive politics of inclusion which underpins what’s happening here. I’ll include my article below, for those who can’t access it online.
But I particularly want to draw attention to the excellent article by Dr John Whitehall, which I mention in my story. Whitehall, who is professor of paediatrics at the University of Western Sydney, is bravely speaking out about what he calls an “intrusion into the minds and bodies of children” which is leading to a “fashion in child surgical abuse.” He draws attention to new laws currently being introduced in Victoria which discourage doctors from simply monitoring children to allow them to grow out of any gender confusion (which most would do, if left alone.) The new laws bully doctors into intervention – even though there is no good evidence that this is helpful with the majority of such children.

Read more »
Posted by Angelo Agathangelou at 10:12 am No comments:
Email ThisBlogThis!Share to TwitterShare to FacebookShare to Pinterest 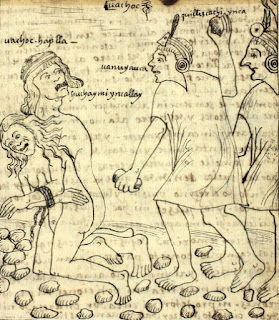 By Author Douglas Galbi: After Hysmine sexually harassed Hysminias, he dreamed of having sex with her. His dream included a nightmare, every man’s nightmare, but with a distinctive signifier. While amorously entangled with her:

the girl’s mother arrives and, grasping the girl by the hair, drags her off like loot from war-spoils, yelling vituperations and slapping her. I was absolutely thunderstruck, as though I had been blasted by lightening. But that most aggressive of the dreams did not let me remain senseless and turned Panthia’s {her mother’s} tongue into a Tyrrhenian trumpet {a war trumpet} which brayed out against me and she cursed my herald’s wand.

Read more »
Posted by Angelo Agathangelou at 8:11 am No comments:
Email ThisBlogThis!Share to TwitterShare to FacebookShare to Pinterest

Welcome Aboard... But First Marshals Will Scan Your Retina 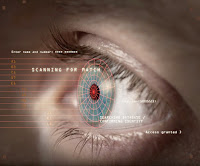 By Jeffrey Tucker: For some 15 years, airport security has become steadily more invasive. There are ever more checkpoints, ever more requests for documents as you make your way from the airport entrance to the airplane. Passengers adapt to the new changes as they come. But my latest flight to Mexico, originating in Atlanta, presented all passengers with something I had never seen before.
We had already been through boarding pass checks, passport checks, scanners, and pat downs. At the gate, each passenger had already had their tickets scanned and we were all walking on the jet bridge to board. It’s at this point that most people assume that it is all done: finally we can enjoy some sense of normalcy.
This time was different. Halfway down the jetbridge, there was a new layer of security. Two US Marshals, heavily armed and dressed in dystopian-style black regalia, stood next to an upright machine with a glowing green eye. Every passenger, one by one, was told to step on a mat and look into the green scanner. It was scanning our eyes and matching that scan with the passport, which was also scanned (yet again).
Like everyone else, I complied. What was my choice? I guess I could have turned back at the point, decline to take the flight I had paid for, but it would be unclear what would then happen. After standing there for perhaps 8 seconds, the machine gave the go signal and I boarded.
Read more »
Posted by Angelo Agathangelou at 6:24 am No comments:
Email ThisBlogThis!Share to TwitterShare to FacebookShare to Pinterest

President Trump is sick of the lying fake news media, so he's decided to do the news himself. Today on the The Trump Report: Standing Rock and the Dakota Access Pipeline.
Posted by Angelo Agathangelou at 2:06 am No comments:
Email ThisBlogThis!Share to TwitterShare to FacebookShare to Pinterest
Newer Posts Older Posts Home
Subscribe to: Posts (Atom)