Mahmoud Ahmadinejad: A Letter To The US President 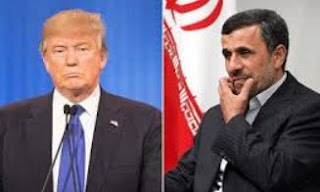 Greetings, Your Excellency has been elected, in the recent US election, as the president of the country.


It can be inferred from the political and media atmosphere in the US that the result of the election has been despite the status quo, and beyond the will and prediction of the governing body and the main system behind the scene of the US political stage. The stances of the rival party and some of your party members and most western leaders suggest the same notion. Irrespective of whether or not that is true, the recent election revealed part of the actual and accumulated demands of the US people.

By Philip Davies: There can be no bigger Westminster bubble than the one which surrounds the Women and Equalities Select Committee – which must be more detached from the everyday concerns of the public than any other area of Parliamentary life.
To illustrate the point, we have just completed our inquiry into UN Sustainable Development Goal 5 on gender equality.
I think it is fair to say that I have never had a constituent raise this with me – maybe Shipley is very different to the rest of the UK in this regard but somehow I doubt it. Not that this deters our intrepid committee.
In our last evidence session, we had two competent and enthusiastic Government Ministers before us – Lord Bates, Home Office Minister, and Equalities Minister Caroline Dinenage.
It is sometimes difficult to take these sessions seriously. The first question to Lord Bates was to ask how high up the list of Government priorities is Sustainable Development Goal 5.
His response astounded me – and how he kept a straight face I will never know! He said in reply: “It is very high up the Government’s list of priorities”. Honestly, he did.

Orbach Takes The Biscuit - She Makes Women Fat Or Emaciated

By Kathy Gyngell: ‘Fat is a feminist issue’, Susie Orbach famously claimed back in 1978, starting the quite bonkers orthodoxy that gender inequality, rather than eating too much, is what makes women fat.
"For many women, compulsive eating and being fat have become one way to avoid being marketed or seen as the ideal woman," she wrote." "Fat expresses a rebellion against the powerlessness of the woman." Does it?

How many wouldn’t have just loved to be that ideal woman had the good fairy locked the larder door for her? The ever-gullible great and the good swallowed her theory along with their grub. They still do.
Try Googling 'critiques of fat is a feminist issue’. What do you find? None. Orbach’s view that our 'sexist society demeans women by objectifying their bodies remains the accepted explanation for every eating disorder or self-harm that’s erupted since. Anorexia nervosa figures have conveniently bolstered this myth.
Eating disorders (not including its twin sisters of depression and self-harm) according to NICE, affect some 750,000 people. Only 11 per cent of them are chaps. The numbers have been rising - since 2000 by 15 per cent. Ms Orbach’s psychotherapy practice must be bursting at the seams.

Read more »
Posted by Angelo Agathangelou at 7:18 pm No comments:

"The power of the pussy!"
ABitOfBritt reading Tumblr Posts with Barbara4u2c. Brace yourselves.
Posted by Angelo Agathangelou at 2:15 pm No comments:

The Resurrection Of Armageddon 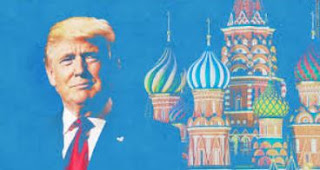 By Paul Craig Roberts: It only required 24 days for the Deep State to castrate President Donald Trump and terminate the promise that the high tensions with Russia created during the Clinton, George W. Bush, and Obama regimes would be terminated by Trump’s presidency.
As Gareth Porter shows conclusively (http://www.informationclearinghouse.info/46546.htm), the case against General Flynn, Trump’s 24-day National Security Adviser, and by implication against Trump himself, is a fake news creation.
Obama’s CIA director, John Brennan, planted fake reports, none of which contained any evidence whatsoever, on the CIA-compliant media whores known as “presstitutes.” The CIA’s media whores knew that the reports were a CIA response to the threat to the $1,000 billion annual budget of the military/security complex that desperately needs “the Russian threat” for its justification. But the media whores—-principally the New York Times, Washington Post, CNN, MSNBC—-and all the rest as well are more dedicated to serving their CIA master than they are to serving peace between nuclear powers. Interesting, isn’t it, that the US and Western media are more committed to conflict with Russia than they are to peace, despite the brutal fact that 10 percent of the nuclear arsenal of either the US or Russia is sufficient to terminate all life on earth.

Read more »
Posted by Angelo Agathangelou at 10:23 am No comments: 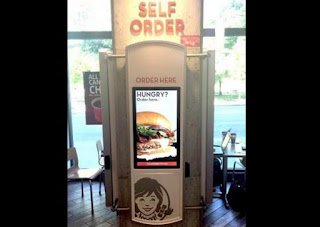 By Tyler Durden: In yet another awkwardly rational response to government intervention in deciding what's "fair", the blowback from minimum wage demanding fast food workers has struck again. Wendy's plans to install self-ordering kiosks in 1,000 of its stores - 16% of its locations nationwide.

"Last year was tough — 5 percent wage inflation," said Bob Wright, Wendy's chief operating officer, during his presentation to investors and analysts last week. He added that the company expects wages to rise 4 percent in 2017. "But the real question is what are we doing about it?"

Wright noted that over the past two years, Wendy's has figured out how to eliminate 31 hours of labor per week from its restaurants and is now working to use technology, such as kiosks, to increase efficiency.

Read more »
Posted by Angelo Agathangelou at 4:39 am No comments:

Who Coined The Term "Useless Eaters"?

Corbett: Did the Club of Rome say that genocide should be used to eliminate the useless eaters? What is bitcoin and how do you buy it? What is the incentive for the media to reveal corruption?
Posted by Angelo Agathangelou at 2:33 am No comments:

Mark Dice: Celebrities always know what's best and everything they say is taken as gospel by millions of moronic Americans who mindlessly believe anything they say, and think they’re all-knowing beings and experts at everything.
Posted by Angelo Agathangelou at 12:04 am No comments: