By Toy Soldiers: Buzzfeed decided to grace with a list of stupid feminist nonsense yet again. For some reason, many feminists are convinced that men experience no fear in society. These feminists believe that men walk the streets without risk, never face criticism for their appearance, never face threats of violence or harassment, and are never targeted because of their sex.
Enter Buzzfeed’s 32 Everyday Things Women Do That Men Don’t Have To Worry About. I am sure this list is a flawless analysis of reality. Let us have a look shall we?

1. Carrying your keys in your hand as a “weapon” when walking alone at night.

You are right. No man fears walking alone at night, so he has no need to use his keys as a weapon. This is why men never carry mace or pocket knives. Indeed, for this very reason one would never find men with conceal carry permits. Our penises provide all the protection we need.

Feminism Is Corrupting The Heart Of The Church

By Belinda Brown: The Right Reverend Philip North, selected to be a diocesan Bishop  is to ‘withdraw’ from his appointment. Why?  Reverend North does not believe in women priests, and this has caused more than a rumble in parts of the Anglican Church. Residents from his new diocese  spearheaded by Reverend Professor Martyn Percy and his wife Reverend Canon Dr Emma,  have been working  to get Rev North to either change his views or stand aside. They have succeeded in their mission. This is the second post he has been pressured by activists in the Church to withdraw from. In a statement he said "The highly individualised nature of the attacks upon me have been extremely hard to bear. If, as Christians, we cannot relate to each other within the bounds of love, how can we possibly presume to transform a nation in the name of Christ?"

While Rev North is guided by Theology, God is suprisingly pragmatic and his laws serve the human condition well. I also don’t think women can be, or should be ordained.
The motivations for doing so are influenced by secular ideology and the creation of women priests threatens the integrity of the Church.
The desire to have female priests and bishops is driven by a secular idea of equality based on power and status. This ignores that a servant is equal to his master and we are all equally precious in the eyes of the Lord.
The insistence on a secular equality of power and status between male and female is particularly pernicious.

By Gilad Atzmon: In Britain, the Campaign Against Antisemitism (CAA), an ultra Zionist body, is crudely interfering with elementary human rights. It seems as if the campaign that was formed to fight Jew-hatred, has achieved the complete opposite. These developments can only hurt British Jews...

Posted by Angelo Agathangelou at 5:56 pm No comments:

Wells Fargo, Citigroup, Prudential Financial and Goldman Sachs Group all spent more than US$10 million each, the report said.
By teleSUR / mh-RT-mk: Banks and other financial companies expecting to make more than US$200 billion from anticipated deregulation laws spent record amounts on lobbying in the last election cycle, according to an advocacy group report released Wednesday. 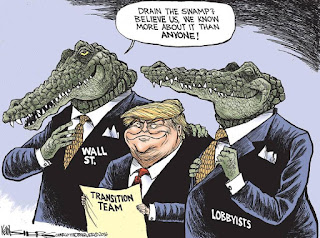 The financial sector spent a staggering US$2 billion on political activity from the beginning of 2015 to the end of 2016, including US$1.2 billion in campaign contributions — more than twice the amount given by any other business sector, according to the study from Americans for Financial Reform.
That works out to US$3.7 million per member of Congress and is the most ever tracked by the group, which analyzed spending data going back to 1990.
However, the actual amount is probably higher, because the data did not include so-called "dark money," which are funds donated to political advocates by nonprofit groups.

Read more »
Posted by Angelo Agathangelou at 2:37 pm No comments:

Our Age Of Folly

By Paul Craig Roberts: The United States has been growing progressively insane for a long time. For my generation, the realization descended upon us in the 1960s when the military/security complex convinced Americans that if we permitted Vietnamese nationalist leader Ho Chi Minh to unify Vietnam, the dominoes would fall until the Communist World Revolution had us in its grip. This despite the fact that Stalin had killed off the Trotskyist world revolutionaries and declared “Socialism in one country.” 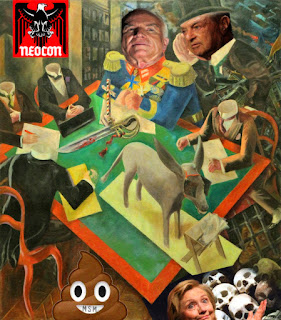 Nationalists in the West’s colonies, such as Vietnam and Cuba, misinterpreted the talk about making the world safe for self-determination as applying to them. Ho Chi Minh helped the US against Japan during World War 2. His requests for US help for Vietnamese independence from France were cold-shouldered by the Truman administration. He did not turn against the US until Washington turned against him. http://www.historynet.com/ho-chi-minh-and-the-oss.htm
America’s participation in the Vietnam War lasted for a decade or thereabouts. The extraordinary carnage and war crimes served no interest other than the power and profit of the military/security complex and the paranoia of the arbiters of US foreign policy.

Read more »
Posted by Angelo Agathangelou at 12:50 pm No comments: 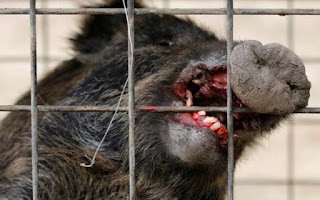 By Tyler Durden: With humans long gone, and robots dying off amid the radiation, Fukushima has become home to 'something else'.
When the exclusion zone was set up almost exactly 6 years ago this week - with the surrounding towns population evacuated to a safe distance - The Mirror reports that hundreds of the wild boars, which have been known to attack people when enraged, descended from surrounding hills and forests into the deserted streets.

Read more »
Posted by Angelo Agathangelou at 10:41 am No comments:

"Only deal with real men, most of you are now timid. Feminised to the core!" Kadi
GlobalFaction
Posted by Angelo Agathangelou at 8:17 am No comments:

By Mike Buchanan: For some years I’ve tried to catch Channel 4 News at 7pm every weekday evening, but I’m going to stop watching it. Almost every evening, usually in the second half of the programme, there’s a feminist propaganda piece, often one that would make even BBC programme makers blush with shame. 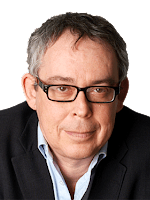 [Right: Simon Israel Senior Home Affairs Correspondent,
is tagged as the culprit for this piece on C4 web page]
This evening’s edition included a particularly woeful example, The crisis in women’s prisons (4:06). It will be available to view for seven days, we’re not going to save it for posterity. Jon Snow, the ultimate mangina newsreader, started the piece with this:

We already know that prisons are in crisis, but for women behind bars, the situation is dire. Last year 12 women took their own lives, a record high.

You could be forgiven for assuming, after watching the piece, that no men committed suicide in British prisons last year.
The last substantive piece we did on prison suicides was last November – here. Some of the piece related to the scandal that is the Howard League for Penal Reform, led by CEO Frances Crook. The organization is clearly far more concerned about the 4,000 female prisoners than the 80,000+ male prisoners. We presented data showing that of the 102 ‘people’ who committed suicide in British prisons between 1 January and 28 November last year, 92 were men.

Read more »
Posted by Angelo Agathangelou at 3:28 am 1 comment:

Q&A At SheForHe In Ottawa, Canada

StudioBrule: The Canadian Association For Equality (CAFE) hosted an event called SheForHe in Ottawa, Canada, on February 22, 2017 featuring four women who chose to speak out on behalf of men. This is the Q&A after the four women spoke. Janice Fiamengo, Kriss Clément, Maria Al-Masani and Meg Warren.

Read more »
Posted by Angelo Agathangelou at 12:20 am No comments: