6oodfella: Maybe it's time we just stopped helping women altogether, but then the feminists would say we were guilty of 'ManNotHelping' or something.

Dr. Paul takes a look at some of the Cultural Marxist and PC buzzwords, like "equality," "diversity," "discrimination," and "privilege." The supposed champions of a person's 'freedom to choose' actually advocate the exact opposite. They much prefer mental chains for everyone.
Posted by Angelo Agathangelou at 8:46 pm No comments: Links to this post

By Gilad Atzmon: From the Jewish press we learn that Britain’s House of Commons Home Affairs Committee has summoned executives from Google, Twitter and Facebook for a hearing in order to slam the social media giants for failing to block ‘hate speech’ and ‘anti-Semitic’ content from their platforms. It seems that Labour MP Yvette Cooper took issue with the refusal of YouTube to remove a video in which David Duke accused Jewish people of “organizing white genocide” and Zionists of conducting ethnic cleansing.

I’m left wondering, what it is that motivates British MPs to launch a war against freedom of speech?
Can MP Yvette Cooper or any other British MP for that matter, tell us, once and for all, what exactly are the boundaries of our freedom of expression? Is calling Israel an ethnic cleanser a crime in the UK? But what if Israel is an ethnic cleanser? Is truth not a valid legal defence in modern Britain?
Astonishingly, it was, of all people, Stephen Pollard, Britain’s arch-Zionist and editor of the Jewish Chronicle who stood up for Duke’s elementary freedoms. In The Telegraph Pollard wrote. “It’s clear that the video is indeed antisemitic. In it, Mr Duke says: ‘The Zionists have already ethnically cleansed the Palestinians, why not do the same thing to Europeans and Americans as well? No group on earth fights harder for its interests than do the Jews. By dividing a society they can weaken it and control it.’ So there’s no debate that this is Jew hate in all its traditional poison.”
Is it really hateful to admit that Zionists ethnically cleansed Palestine?

An Inkling Of Mother Guilt

US And Israeli Codependent Relationship Is Not Just About Money

By Ramzy Baroud: “We must look back twenty-five years to realize how far Israel has fallen in world support,” wrote famed Jewish scholar, Harvard sociologist, Nathan Glazer in 1976.


In the last forty years since Glazer wrote his piece, which was uncovered and transmitted by Philip Weiss, Israel’s global support has fallen much further. The country that once appealed to both United States’ capitalism and the Soviet Union’s socialism is now militarily powerful but, otherwise, politically isolated on the international stage. 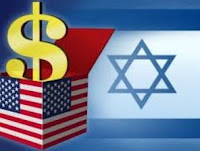 The misleading perception that Israel is a ‘beacon of light’ among nations has worn off. Worse, the last time this phrase was uttered at an international level, it was made by Geert Wilders, a Dutch populist right-wing politician perceived by many to be a racist and an Islamophobe.


Yet, the more isolated Israel became, the more its dependency on the United States grew.

By Tyler Durden: In a bill aimed at securing a "right to be forgotten," introduced by Assemblyman David I. Weprin and (as Senate Bill 4561 by state Sen. Tony Avella), liberal New York politicians would require people to remove ‘inaccurate,’ ‘irrelevant,’ ‘inadequate’ or ‘excessive’ statements about others...

Read more »
Posted by Angelo Agathangelou at 7:44 am No comments: Links to this post

Former US Ambassador On The Israeli Lobby

Zionist Report: Charles Freeman Jr. is an American diplomat, author, and writer. He served in the United States Foreign Service, the State and Defense Departments in many different capacities over the course of thirty years. In this telling interview, he calls out Israel, their lobby, and their tremendous influence in Washington DC.
Posted by Angelo Agathangelou at 5:55 am No comments: Links to this post

Greeks Tried To Blow Up The IMF Too

By Tyler Durden: Earlier today, German police reported that a militant Greek group called Conspiracy of Fire Cells claimed responsibility for the attempt to kill Germany's finance minister Wolfgang Schauble with a package full of explosives that was mailed to the German Finance Minister. The parcel was mailed to Schaeuble from a post office branch in Athens but as discussed previously, was intercepted by the German finance ministry's mail department. Luckily, nobody was hurt. 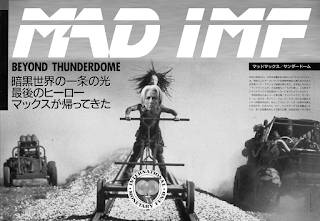 Unfortunately, today someone was hurt when a letter bomb exploded at the French headquarters of the IMF. And, according to a report by the AFP, "militant", or otherwise, Greeks may have been responsible for this terrorist activity too, because as the French news agency notes, "fragments of Greek stamps found at Paris IMF letter bomb site: probe source."
As Reuters, adds, a female employee of the IMF suffered injuries to her face and arms on Thursday when a letter bomb mailed from Greece and addressed to the world lender's European representative blew up as she opened it, officials said. The letter, which had arrived by mail, exploded as it was opened by a secretary at the institution's office in an upscale part of Paris.

From Nuisance To Threat: The High Cost Of Truth

'Washington and its presstitutes lied about Libya and destroyed that prosperous country. They lied about “Assad’s use of chemical weapons against his own people,” and would have destroyed Syria also had it not been for the Russians.'

By Paul Craig Roberts: I am convinced that the US, and probably the entire Western world, that is, the American Empire, has entered an era in which respect for truth does not exist in public and private institutions. We have been watching this develop for some time. Think, for example, back to August 3, 2002, a recent time in terms of our present predicament, but a time prior to political consciousness of anyone younger today than 33 years old. In the summer of 2002, the world was being prepared by propaganda for a US invasion of Iraq. On August 3 of that year, the prestigous British publication, The Economist, summed up the consensus of ruling opinion in two sentences: “The honest choices now are to give up and give in, or to remove Mr. Hussein before he gets his [nuclear] bomb. Painful as it is, our vote is for war.”
As Lewis Lapham, myself and others asked at the time, what bomb? The only evidence of a bomb was fabricated and known to be fabricated. The UN weapons inspectors concluded that the infamous Weapons of Mass Destruction were a creation of US propaganda. President George W. Bush eventually acknowledged that Iraq had no such weapons. US Secretary of State Colin Powell said that the lies he was deceived by the Bush regime into telling the UN about Saddam Hussein’s WMD are a stain on his career.