By Alison Weir:
Dear Israeli Government: You’ve recently banned foreigners who support boycotts against Israel or Israeli settlements from being allowed to enter Israel – even Jewish foreigners, a first for the self-proclaimed Jewish state After all, your “Law of Return” has allowed (and encouraged) Jewish foreigners to freely immigrate to Israel, even as multitudes of Palestinians have been banned from returning to their homes.


People throughout the Western world have objected in outrage to your new law, particularly Jewish Westerners who have family and connections in Israel from whom they’ll be cut off in retaliation for their political positions. 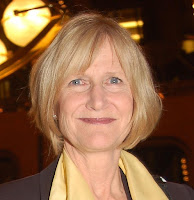 Critics, even some who oppose boycotting Israel and who have had no problem with excluding Palestinians, have called out the law for diverse reasons: its quashing of free debate and political expression, its anti-democratic nature, how it will affect them and others personally.


I support these objections.


But I’m not trying to visit Israel.


I want to go to Bethlehem and Nablus, Ramallah and Hebron, Jenin and Tulkarem. I hope to return to Khan Yunis, Rafah, Gaza City, and numerous other towns and villages in the West Bank and Gaza.

Excerpt: A Chat On Paternity Fraud, With Friended

GlobalFaction: "Tyari journeys through the mind of Singh Mahoon, a third generation Sikh Punjabi living in the UK, battling the effects of colonialism. Singh Mahoon talks of the importance of self-love born from understanding Gurbani. Singh Mahoon also touches upon delicate issues being disconnected from the homeland of Punjab."
Posted by Angelo Agathangelou at 6:48 pm No comments:

Mike Buchanan: I've met more than my fair share of ludicrous feminists, but I have to sympathise with Rod Liddle for encountering Kaite Welsh on live television. Her defence of 'no platform' policies at universities was embarrassing, and Liddle's exasperation understandable. The first section of video was recorded on university campuses, the studio discussion starts at 4:27.

Read more »
Posted by Angelo Agathangelou at 4:57 pm No comments:

By Author Douglas Galbi: Unlike a more humane, more passionate understanding of chivalry, the long-reigning ideology of courtly love deepens men’s subordination to women. Courtly love ideology proclaims that women are morally superior to men. It urges men to labor for women’s “enobling  love.” Peter Lombard, medieval Europe’s most influential systematic theologian, rejected that ideology.[1] Drawing upon the most highly regarded Jewish and Christian authorities, Lombard established in his monumental Sentences that men and women in love are intended to have an equal conjugal partnership. 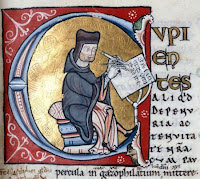 Peter Lombard understood the creation of Eve from Adam’s rib to indicate that women and men belong together in an equal partnership. In his Sentences, he explained:

she {Eve} was formed not from just any part of his body {Adam’s body}, but from his side, so that it should be shown that she was created for the partnership of love, lest, if perhaps she had been made from his head, she should be perceived as set over man in domination; or if from his feet, as if subject to him in servitude. Therefore, since she was made neither to dominate, nor to serve the man, but as his partner, she had to be produced neither from his head, nor from his feet, but from his side, so that he would know that she was to be placed beside himself

Read more »
Posted by Angelo Agathangelou at 1:55 pm No comments:

We Need A Word For This

corbett: You know that feeling you get when you catch a glimpse of the future that we are being socially engineered to accept? Of course you do. We encounter it with more and more frequency in our everyday lives here on the cusp of the New World Disorder. Today James provides an example from everyday life here in Japan and asks for a word for that particular sense of unease we get when we encounter the thin edge of the social engineer's wedge.
Posted by Angelo Agathangelou at 8:45 am No comments:

By Daniel Lang: The world is changing faster than ever before, but that doesn’t mean that we aren’t being acclimated to it. It’s truly a testament to the ability of humans to adapt to just about any circumstance. We have more food, wealth, and life-saving technologies than anyone in our history. We have a nearly unlimited stream of entertainment and information. Yet we take it all for granted.

Because we’re so acclimated to this world, we often forget how strange it is compared to previous eras. Sometimes we forget to stop and appreciate just how freaking bonkers it all is. If you don’t believe me, I’ve collected five news stories to prove it. They’re not necessarily relevant to each other in any way, but if you told someone 30 years ago that the following stories would someday come true, they’d probably think that you were pitching some bizarre sci-fi novel.

3D Printing
You’ve definitely heard about this technology already. 3D printing has been in the news countless times over the past few years. However, that doesn’t mean that it is old hat. It seems as if every year 3D printing is used to create something that no one had considered before.
The fact that we live in a world where a novice can print out his own gun parts is freaky enough, but now it’s believed that 3D printers can create camera lenses as small as a grain of salt.

Read more »
Posted by Angelo Agathangelou at 6:45 am No comments:

A Cry Of Despair One Night In Mooroolbark 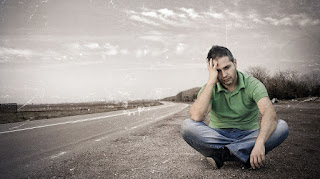 By Mark Dent: I have come to accept the sad fact that our quest to awaken the broader community to the complete absence of empathy or compassion for the suffering of males will never resonate with any but a small number of individuals who are willing to read or listen with an open mind.
I also question my own attitude at times. There is not a day that passes where I do not mutter in suppressed anger as I turn the pages of a newspaper or listen to a news report. The source of this anger is always the same. Lies about female oppression or the complete invisibility of male suffering which is everywhere for those who are willing to look.  Have I become a grumpy old man? Have my passionate views on men’s rights become twisted to the point where I am seeing injustice and double standards where they do not exist?
No.
It is all very real. My response is simply out of step with the vast majority of those who either blindly wander through life swallowing the myths and lies they are fed on a daily basis or those who simply don’t give a shit even when the lies are exposed.

Read more »
Posted by Angelo Agathangelou at 4:12 am No comments:

'Russia is now the one that is pro-family and Britain is the one
that is breaking up families with
Theresa May’s Marxist feminist regime.' 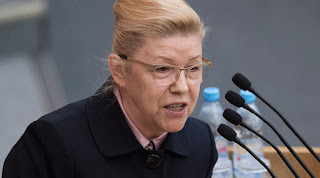 Read more »
Posted by Angelo Agathangelou at 2:09 am No comments: 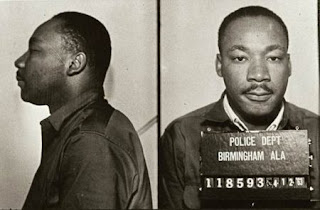 By Author Douglas Galbi: Warning signs of collapsing public reason are readily apparent, particularly in the U.S. Yet distinguishing bluster and posing from what truly matters isn’t easy. Women and men have lived in intimate, enduring relationships with each other for as long as the human species has existed. Relationships between men and women truly matter. Cassie Jaye’s new film documentary, The Red Pill, provides a horrifying look at how lies, fraud, and anti-men bigotry at the highest levels of society have perverted ideals of gender equality and deeply damaged women and men’s relationships.