...as she appears to believe every woman who alleges rape automatically to be a victim instead of merely a complainant whose accusation has yet to be proved.
By Ann Widdecombe: Recently a succession of men has been acquitted by the courts and a judge with 40 years’ experience of legal practice wrote to the CPS to say that a pattern has emerged whereby the parties involved know each other, one or both has been drinking or using drugs and each gives a plausible account as to what happened. 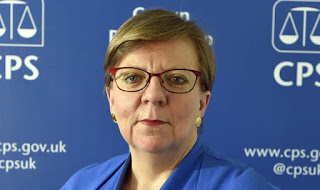 Right: Misandrist Alison Saunders
There is absolutely no independent evidence so no jury can convict given the requirement of “beyond all reasonable doubt”.
The irate judge ends his missive by suggesting that the CPS must have a different interpretation of cases which stands “a realistic prospect of conviction” from everybody else.
Instead of explaining why such cases are deemed likely to be successful, Ms Saunders calls such views “victim-blaming” and says they have allowed predators to offend with impunity in the past.
If that is an example of her reasoning and analytical skills then it is a wonder she ever passed a law exam.

Read more »
Posted by Angelo Agathangelou at 8:36 pm No comments: Links to this post

Max and Stacy discuss the economic shocks that are more lethal in America than anywhere else. In the second half, Max continues his conversation with Professor John Mill Ackerman about the Mexico-USA relationship in the age of Trump.
Posted by Angelo Agathangelou at 6:20 pm No comments: Links to this post

StudioBrule: Is the Masculinity Confession Booth satire or not? Is feminism satire? Professor Fiamengo argues that feminist assertions have become so extreme and detached from reality that they are indistinguishable from genuine satire. Poe's Law applies to all of ideological feminism.
Posted by Angelo Agathangelou at 4:22 pm No comments: Links to this post

By Michael Krieger: When I first started becoming aware of how sleazy, parasitic and corrupt the U.S. economy was, I only had expertise in one industry, financial services. Coming to grips with the blatant criminality of the TBTF Wall Street banks and their enablers at the Federal Reserve and throughout the federal government, I thought this was the main issue that needed to be confronted. What I’ve learned in the years since is pretty much every industry in America is corrupt to the core, more focused on sucking money away from helpless citizens via rent-seeking schemes versus actually producing a product and adding value. Unfortunately, the healthcare industry is no exception.
Today’s post zeros in on a particular slice of that industry. A group of companies known as Pharmacy Benefit Managers, or PBMs. Companies that seem to extract far more from the public than they give back. It’s a convoluted sector that is difficult to get your head around, which is why we should be thankful that David Dayen wrote an excellent piece on the topic recently. What follows are merely excerpts from his lengthy and highly informative piece, The Hidden Monopolies That Raise Drug Prices. I strongly suggest you read the entire thing.

Read more »
Posted by Angelo Agathangelou at 2:17 pm No comments: Links to this post

Feminism Causes Its Own Oppression

Turd Flinging Monkey: "Because Vagina" Feminism demands equal work for equal pay, then demands getting paid more for less work, and will then complain about discrimination because businesses don't want to hire employees to stay home and do nothing.

By Mike Buchanan: Anyone who has worked for a lengthy time with men denied access to children following family breakdowns will know som who have committed suicide. Our thanks to Ray, himself estranged from his three adult children, for this. Excerpts: 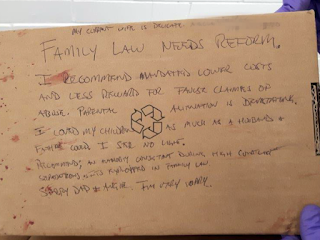 Early on the morning of March 9, Jeramey apparently rigged his truck so that when he drove down an embankment at the end of Page Road in Abbotsford, B.C., his neck would break.
In a scrawled and bloody suicide note found in the truck, he wrote: “FAMILY LAW NEEDS REFORM. I recommend mandated lower costs and less reward for false claims of abuse. Parental Alienation is devastating. I loved my children as much as a husband and father could. I see no light. Recommend; an authority consistent during high conflict separations: It is exploited in family law.
“Sorry Dad and Angie. I’m very sorry.” 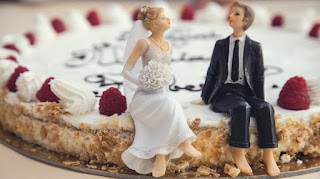 By Doug Mortimer: It’s been almost fifty years since Tommy Manville departed this mortal coil. You’re probably thinking Tommy who? In his day, he was a celebrity, though not because he was exceptional at anything creative or athletic or political or entrepreneurial. Yet in his own way, he was quite an achiever, and he remains a person of interest in the modern manosphere. So let’s resurrect him, even though he had way more than 15 minutes of fame during his lifetime.
Thomas Franklyn Manville, born in Milwaukee on April 9, 1894, was the grandson of C.B. Manville, founder of the Manville Covering Company, which merged with H.W. Johns Manufacturing in 1901 to form the Johns-Manville Corporation. The company is almost synonymous with asbestos products, so perhaps Tommy Manville’s behavior can be explained away as the result of too much proximity to toxicity. In fact, he was often referred to as the “asbestos heir.”
As the heir to the Johns-Manville fortune, Tommy Manville had an unusual upbringing. Buy age 12, he was thrown out of more schools (eight) than most people attend by that age. He then embarked on a peripatetic life of odd jobs and bumming around.

By Gilad Atzmon: In 2007, in an article in Counterpunch entitled From Esther to AIPAC, I exposed the disturbing ideological continuum between the Jewish Queen Esther and the Jewish lobby AIPAC. Today I was amused to discover that, in an article in the Forward, Peter Beinart had, almost word for word, recycled my ideas. 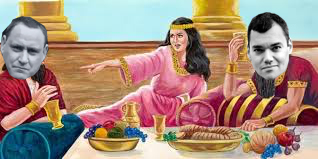 My article delved into the Jewish cultural and religious foundations of Zionist lobby thinking and it argued that infiltration into foreign elites and political administrations are deeply embedded in Jewish teachings and traditions.  I wrote: “The Book of Esther  … tells the story of an attempted Judeocide but it also tells a story in which Jews manage to change their fate. In the book the Jews do manage to rescue themselves and even to mete revenge… It is a story of a palace, conspiracy, an attempted Judeocide and a brave and beautiful Jewish queen (Esther) who manages to save the Jewish people at the very last minute…The moral of the story is rather clear. If Jews want to survive, they better find infiltrates into the corridors of power. With Esther, Mordechai and Purim in mind, AIPAC and the notion of ‘Jewish power’ looks like an embodiment of a deep Biblical and cultural ideology.”