Female Gambling Still On The Rise

By Janet Bloomfield (aka JudgyBitch): Another post today that’s a little out of the ordinary for me. As many regular readers are aware, I took an active role in administering the Privilege Grant, to assist young, white men pursuing college educations. I did this on a 100% voluntary basis, drawing absolutely no salary of any kind. Not a single penny of the grant money went into my pocket.

This post got me thinking in two different ways: I was first reminded of Terrence Popp, a former Green Beret who runs the YouTube channel Redonkulus Popp. In one video (I messaged him on Facebook to see if I can get an exact link, but if not, check out his entire channel and subscribe – Terry is so worth your viewing time!) he tells men who are thinking of getting a divorce to start attending Gamblers Anonymous and Alcoholics Anonymous meetings, and then tell the divorce lawyer you gambled most of the money and drank the leftovers. I find that completely hysterical, although god knows, wily women are gonna start using that tactic more regularly now.

On Labour And Truthfulness

By Gilad Atzmon: If the Labour Party can’t deal with historical truth, it had better be dumped.
If truth-telling brings the Labour Party into ‘disrepute’ then this party must be shunned and the sooner the better.
If Jeremy Corbyn is ‘damaged’ by Ken Livingstone telling the truth, then Livingstone should be leading the Labour Party.
The Jews who happen to be offended by historical facts may be foreign to the Western civilised ethos.
If the Holocaust is part of our curriculum, then Zionist collaboration with Nazi Germany isn’t just “Ken’s fascination with the 1930s.”

Read more »
Posted by Angelo Agathangelou at 3:44 pm No comments: Links to this post

johntheother: Apparently, it is an outrage that almost 30 % of sex assault allegations are deemed unfounded by police forces across Canada. The number should be closer to 80%.

Read more »
Posted by Angelo Agathangelou at 1:55 pm No comments: Links to this post

By Paul Craig Roberts: Who would have imagined that the once great German nation would be ruled by Washington? It is extraordinary, but that is what has happened. Merkel, Washington’s whore, has agreed to fill up Germany with the refugees from Washington’s 16 years of illegal wars against Muslims in North Africa and the Middle East. These are wars that Merkel’s corrupt government enabled. 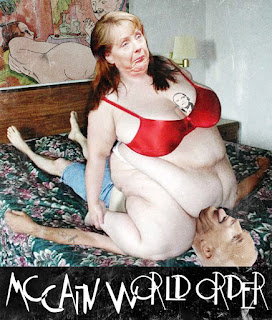 The German people themselves are not pleased with this result, but their rising voice is being throttled by Merkel legislation ordered by Washington that defines opposition to accommodating Washington’s war refugees as “hate speach.”
Washington’s whore and the whore’s subservient German cabinet want to impose fines of $53 million dollars on Facebook, Twitter, and other social media platforms if they permit complaints about Germany being overrun by Muslims. Those who complain, that is, those who use Germany’s guaranteed free speech, are defined as hate criminals or purveyors of fake news.
It is impossible to imagine any more subservience to Washington than the utterly corrupt and anti-German Merkel government displays. 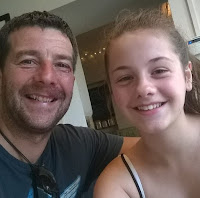 Widower staying with his own daughter, 13, is accused of being a PAEDOPHILE by feminist Travelodge staff and interviewed by police all because he booked a double room
Staff asked Craig Darwell, 46, to show ID for his daughter Millie, 13, at check in
He showed images of them together when she was a baby but they called police
Mr Darwell, who lost wife ten years ago, and Millie were questioned separately
Millie was 'distraught' and left in floods of tears after interview with the officer
By James Dunn: A widower who lost his wife to cancer was accused of being a paedophile by Travelodge staff because he booked a double room for him and his daughter.
Craig Darwell, 46, was taking Millie, 13, to visit Thorpe Park and was forced to book the double room in Chertsey, Surrey, because there were no others available.


They should, he said, follow his government’s example and defend Israel on the “moral battlefield” against the growing threat of the international boycott, divestment and sanctions (BDS) movement. In Mr Netanyahu’s simple-minded language, support for Palestinian rights, and opposition to the settlements, is equivalent to “delegitimisation” of Israel. 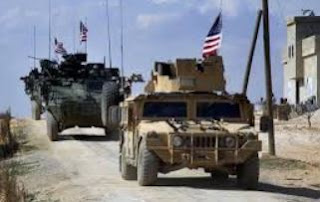 The current obsession with BDS reflects a changing political environment for Israel.


According to an investigation by the Haaretz newspaper last month, Israeli agents subverted the human rights community in the 1970s and 1980s.

Read more »
Posted by Angelo Agathangelou at 6:27 am No comments: Links to this post

By Tyler Durden: Snowflakes at the ultra-liberal Northern Arizona University are demanding that their President, Rita Cheng, step down today after a student asked for her opinion on 'safe spaces' and got a rather shocking dose of reality as a reply.
During a forum hosted by Cheng, NAU sophomore Breanna Kramer asked the following (per KPNX):

“How can you promote safe spaces, if you don’t take action in situations of injustice, such as, last week, when we had the preacher on campus and he was promoting hate speech against marginalized students?  As well as, not speaking out against racist incidents like blackface two months ago by student workers followed by no reform and no repercussions?”

And while Kramer expected a softball response from her school's president, what she actually got was a heaping dose of 'real life'...which, of course, immediately 'triggered' every snowflake within an earshot of the president's 'microaggression'.

“As a university professor, I’m not sure I have any support at all for safe space.  I think that you as a student have to develop the skills to be successful in this world

The Dark And Delusional World Of Benjamin Netanyahu

Zionist Report: Netanyahu is a criminal and the world knows it but Americans keep on giving him their tax dollars so he can kill more non-Jews. So who is to blame? Netanyahu or Americans for being so stupid? You answer the question.
Posted by Angelo Agathangelou at 2:34 am No comments: Links to this post