Former CIA Officer John Kiriakou discusses his upcoming book, as well as his whistleblowing on CIA torture and the consequences. Kiriakou was the only person to go to prison for the CIA torture program - and he was the whistleblower who exposed it! What advice does he have for others?
Posted by Angelo Agathangelou at 11:04 pm No comments:

Submitted by Tyler Durden: The US has seen evidence that the Chinese military is preparing "for a potential North Korea contingency", CNN reports citing a US defense official, and adds that Chinese air force land-attack, cruise-missile-capable bombers were put "on high alert" on Wednesday.
The official added that the US has also seen an extraordinary number of Chinese military aircraft being brought up to full readiness through intensified maintenance.

The official said that these recent steps by the Chinese are assessed as part of an effort to "reduce the time to react to a North Korea contingency."
Among the contingency options listed is the "risk of an armed conflict breaking out as tensions on the peninsula have risen in the wake of multiple North Korean missile tests."

Read more »
Posted by Angelo Agathangelou at 8:28 pm No comments:

'The US stands for war.
If the world is driven to Armegeddon, it will be Washington, not North Korea, Iran, Russia, or China,
that brings life on earth to an end.'
By Paul Craig Roberts: In my long experience in Washington, vice presidents did not make major foreign policy announcements or threaten other countries with war. Not even Dick Cheney stole this role from the weak president George W. Bush. 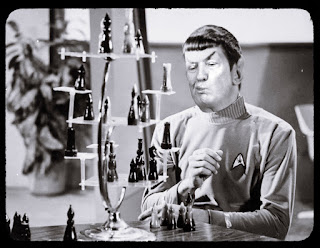 But yesterday the world witnessed VP Pence threaten North Korea with war. “The sword stands ready,” said Pence as if he is the commander in chief.
Perhaps he is.
Where is Trump? As far as I can tell from the numerous emails I receive from him, he is at work marketing his presidency. Once Trump won the election, I began receiving endless offers to purchase Trump baseball caps, T-shirts, cuff-links, coffee mugs, and to donate $3 to be entered into a raffle to win some memorabilia.

Instructors Getting Dumber By The Day

Professor Fiamengo discusses the appalling corruption of research, persecution of those who think incorrectly, evisceration of content, gutting of standards, and overt politicization of academic subjects.
Posted by Angelo Agathangelou at 3:58 pm No comments:

Max and Stacy discuss war ratings for Rachel Maddow leading to war spending for Donald Trump. In the second half Max interviews Reggie Middleton of BoomBustBlog.com about property markets, the Fed’s balance sheet and his Initial Coin Offering.
Posted by Angelo Agathangelou at 12:59 pm No comments:

Modern Fathers Are Harming Sons By Trying To Be Their Best Friend!? 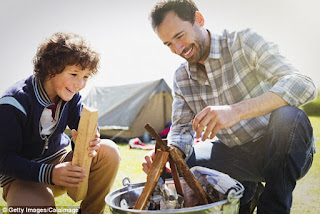 Via Jeff, J4MB: This. It’s difficult to know where to start. Lenon seems not to have noticed (or he’s spinelessly reluctant to admit) that men’s traditional key role as fathers – men who are fortunate to see their children, anyway – as the imposers of discipline in the nuclear family has been systematically mocked and undermined for decades by women in general, and feminists in particular. TV and radio fiction has long been crammed with stories of ‘deadbeat dads’.

Read more »
Posted by Angelo Agathangelou at 10:59 am No comments:

Zoe: I really enjoyed the film and even though I am interested in mens issues, I wasn't that familar with MRAs prior to watching this so it was a good insight to get into the world of mens rights. - Believe it or not, this film has actually been banned from multiple venues by feminists - crazy stuff.

Read more »
Posted by Angelo Agathangelou at 7:34 am No comments:

Run For Your Life: The Israeli Trained American Police State Is Coming To Grab You By The Pussy, Cock And Asshole!

“We’ve [USA] reached the point where state actors can penetrate rectums and vaginas, where judges can order forced catheterizations, and where police and medical personnel can perform scans, enemas and colonoscopies without the suspect’s consent. And these procedures aren’t to nab kingpins or cartels, but people who at worst are hiding an amount of drugs that can fit into a body cavity. In most of these cases, they were suspected only of possession or ingestion. Many of them were innocent...

But these tactics aren’t about getting drugs off the street... These tactics are instead about degrading and humiliating a class of people that politicians and law enforcement have deemed the enemy.” - Radley Balko, The Washington Post
***
By John W. Whitehead: Daily, all across America, individuals who dare to resist—or even question—a police order are being subjected to all sorts of government-sanctioned abuse ranging from forced catheterization, forced blood draws, roadside strip searches and cavity searches, and other foul and debasing acts that degrade their bodily integrity and leave them bloodied and bruised.

Read more »
Posted by Angelo Agathangelou at 5:58 am No comments:

One Reason Why We Don't Have More Male Teachers

Raging Golden Eagle: When the whole world seems to already consider men who want to work with children pedophiles, you are one false accusation away from having your whole life ruined. The only winning move is not to play, don't even put yourself in that position if you can avoid it.

Read more »
Posted by Angelo Agathangelou at 3:44 am No comments: