By Paul Craig Roberts: “The problem is that the world has listened to Americans for far too bloody long.”  — Dr. Julian Osborne, from the 2000 film version of Nevil Shute’s 1957 book, On the Beach
A reader asked why neoconservatives push toward nuclear war when there can be no winners. If all die, what is the point?
The answer is that the neoconservatives believe that the US can win at minimum and perhaps zero damage.
Their insane plan is as follows: Washington will ring Russia and China with anti-ballistic missile bases in order to provide a shield against a retaliatory strike from Russia and China. Moreover, these US anti-ABM bases also can deploy nuclear attack missiles unknown to Russia and China, thus reducing the warning time to five minutes, leaving Washington’s victims little or no time in which to make a decision.
The neoconservatives think that Washington’s first strike will so badly damage the Russian and Chinese retaliatory capabilities that both governments will surrender rather than launch a response.

It Is Your Job To Get Married And Have Children - MGTOW

Red Pill Germany: Hey guys, I want to respond to a Stefan Molyneux video I listened to, recently. In that video he coaches a nasty female predator on how to become a chameleon, so that she can steal some blue piller's money. I like Stefan's content normally, but this tradcon stuff crosses a line, in my mind. These women will not be good mothers and good wifes, they just want to be taken care of. Men should run as fast as they can when they meet these 30yo females who have not even started to pay back their debt while they are still arrogant and have rotten attitudes.

Jordan: Today is #EqualHoursDay, bet ya didn't know! Tell all of your friends. I told all my friends.

Gilad Atzmon On Muhammad And Friends - Nation Of Islam

By Gilad Atzmon: Being a guest on Munir Muhammad's TV show is always the highlight of my American tours. We spoke about everything, Israel, Palestine, Jewish power, poverty, Trump and the workless class...

Posted by Angelo Agathangelou at 5:44 pm No comments: Links to this post

Raging Golden Eagle: In their recent hysterical crusade against sex bots and other purely fictional sexual outlets and masturbatory aids, the media has gone into full blown thought police territory.

Authored by Carey Wedler: On multiple occasions, he has warned of the likelihood that alien species will act like colonialists if they ever visit Earth, likening extraterrestrials’ tendencies to our own human behavior.

“One day we might receive a signal from a planet like this, but we should be wary of answering back. Meeting an advanced civilization could be like Native Americans encountering Columbus. That didn’t turn out so well,” he has said. 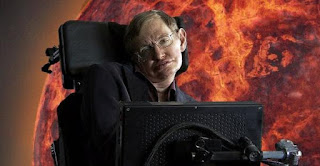 Stephen Hawking has also warned that it’s only a matter of time until Earth is destroyed.
“Although the chance of disaster to planet Earth in a given year may be quite low, it adds up over time, and becomes a near certainty in the next 1,000 or 10,000 years,” he said in November.
As a result, he has advocated colonizing both the moon and Mars.

Read more »
Posted by Angelo Agathangelou at 5:23 am No comments: Links to this post 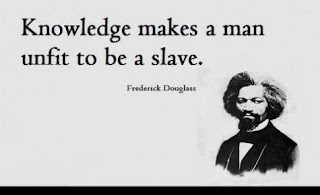 Today we have become all slaves; slaves to the western lie-propaganda; to the lobbies and their giant all dominating corporations.

By Peter Koenig: When in the 18th and 19th Century African slaves did not ‘behave’, they were cruelly beaten sometimes to death as a deterrent for others. They were deprived of food for their families. Their women were raped. They were traded to even harsher white masters. Their lives were worth only what their labor could produce. They were treated as subjects, devoid of human warmth.
Today we have become all slaves; slaves to the powers of mafia bankster of finance; slaves to the western lie-propaganda; to the lobbies and their giant all dominating corporations – to the war-industry, because we happily believe what we are told about ever-increasing terrorism that needs to be fought with eternal wars; slaves to the environment-destructive hydrocarbon industry; to the pharma-industry; to the Monsanto-ized agroindustry; to senseless consumerism – and foremost – and summing it all up: to greed, endless greed that drives endless growth, nurturing endless competition fomenting adversity, destroying solidarity, instead of amical cooperation for a harmonious human cohabitation.
Read more »
Posted by Angelo Agathangelou at 2:09 am No comments: Links to this post

Warning - The New York Times Is Cheering On Censorship Algorithms

By Michael Krieger: The 2016 Presidential election was a gigantic wakeup call for the corporate press in the U.S. not so much because Hillary Clinton lost, but because it represented the end of mainstream media’s ability to seamlessly force feed narratives down the throats of a gullible and pliant American public. The marketplace of ideas had been flooded by the internet and the people made a decision. The media wars came and went, and the corporate press lost, badly. 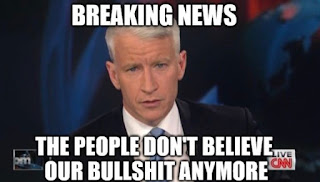 The election of Donald Trump was as much a middle finger to the U.S. corporate press as anything else, and the corporate media didn’t take too kindly to that. Rather than admit failure, refocus and compete within the freewheeling information age, the corporate media has resorted to endless whining and support for tech-overlord censorship.
It simply knows it can’t win a fair fight, so it has decided to cheat.