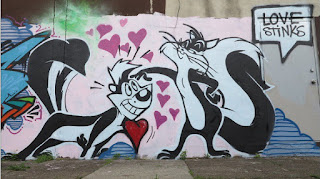 By Doug Mortimer:
A SOCIAL JUSTICE PETITION
Drafted by Doug Mortimer
Target: Time Warner
Region: USA
Theme: Toxic Masculinity
During World War II, Warner Bros. cartoons played a key role in the fight against fascism. Daffy Duck, Bugs Bunny, et al took on the Nazis and bested them in numerous cartoons. Also to their credit, Warner Bros. produced a number of cartoons in which Bugs Bunny, Elmer Fudd, and other characters broke free of gender stereotypes and donned attire more often associated with the “opposite” sex. Despite this enlightenment – exceedingly rare in those days – Warner Bros. gave birth to one of the most noxious cartoon characters ever created. We refer to the despicable Pepé Le Pew.
Longtime Warner Bros. animation director Chuck Jones introduced Pepé Le Pew in a cartoon called “Odor-Able Kitty” in 1945. Since that was the year Nazi Germany was defeated, one wonders what role Pepé Le Pew played during the Nazi occupation of France. Pepé began to appear in movies just as the war was ending, so one cannot help but wonder if his movie career was the payoff for collaborating with the enemy? Was Pepé Le Pew literally a Nazi? 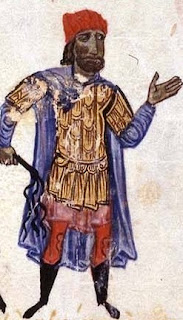 By Author Douglas Galbi: Worries and suspicions filled the mind of the eleventh-century Byzantine nobleman Kekaumenos. He assiduously sought to avoid blame while living in Byzantine gynocentric society.[1] Kekaumenos encouraged men to fulfill their traditional role of fighting and dying, yet his worries and suspicions led him to highly untraditional views on men in relation to women.
With respect to men’s personal disposability, Kekaumenos was a traditionalist, but brave enough to express pragmatic qualifications. He considered men to be naturally persons who fight and die for their society. He advised his sons:

When you are enlisted as a soldier, play the man in battle, even if you are going to die. Remember that it is for this reason that you were enlisted, and that no-one is immortal.
Don’t fear death, if you are going to meet it on behalf of your country and the emperor; rather fear a shameful and blameworthy life. [2]

Read more »
Posted by Angelo Agathangelou at 7:32 pm No comments:

By Paul Craig Roberts: Marine Le Pen’s defeat, if the vote count was honest, indicates that the French are even more z than Americans.
The week before the election the Russian high command announced that Washington had convinced the Russian military that Washington intended a preemptive nuclear first strike against Russia. No European leader saw danger in this annoucement except Le Pen. 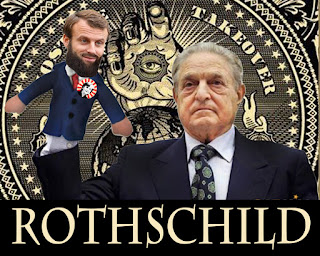 No European leader, and no one in Washington, has stepped forward to reassure the Russians. In the US apparently only my readers even know of the Russian conclusion. Simply nothing is said in the Western media about the extraordinary risk of convincing Russia that the US is preparing a first strike against Russia.
Nothing in the 20th century Cold War comes close to this.
Le Pen, as Trump did prior to his castration by the military/security complex, understands that military conflict with Russia means death for humanity.

Read more »
Posted by Angelo Agathangelou at 5:20 pm No comments:

Underneath The Red Pill Rage

An Ear for Men
"If you're red pill your a square peg in a world full of round holes. ...Men are getting screwed, so they're pissed."
Posted by Angelo Agathangelou at 3:31 pm No comments: 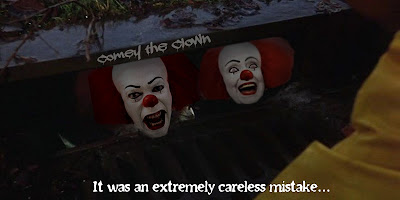 Another Feminist Angling To Be 1st Woman President?
"Suffice it to say that none of those who attacked the report had a word to say about its content. I feel it my duty to shed light on the legally inadmissible and morally indefensible fact that an apartheid regime still exists in the 21st century rather than suppressing the evidence." Rima Khalaf, Executive Secretary UN.
Read more »
Posted by Angelo Agathangelou at 10:09 am No comments:

A RILED-UP radio host has lambasted the former
leader of the Green Party after she branded
anti-feminist Tory MP Philip Davies “anti-female”.
By Ajay Nair: Julia Hartley-Brewer ripped into Natalie Bennett after she spoke about her party’s decision to stand down to Women’s Equality Party candidate Sophie Walker in order to oust Mr Davies.
It comes after the Conservative party candidate in Shipley made headlines for his stance on the Istanbul Convention on preventing domestic violence.
He was accused of trying to block a bill that would force the Government to sign up to the convention after he tabled more than 50 amendments to the legislation tabled by the SNP with cross-party support.
Speaking on talkRADIO, Ms Bannett said: “We’re also seeing a really interesting case study in Shipley where Philip Davies, who’s infamous for his anti-female interventions in Parliament.”
Julia Hartley-Brewer ripped into Natalie Bennett after she spoke... 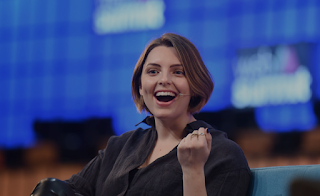 Hey Mike,
Thought I’d share my disappointment with you. I follow your work closely and am a big supporter!
I just graduated University last year with 27k in debt. I believe networking and attending conferences is a great way for young graduates to get out into the market and advance one’s career. I was looking at the Web Summit event which is held in Lisbon this year, which has a ticket price of 850 Euros, or 85 Euros if you happen to be a woman – here. Last year they let women in for free, but most of the ones who claimed a free ticket didn’t go, so this year they’re giving them a 90% discount.
How is this in any way fair? I fail to see any logic in this differential pricing…

Read more »
Posted by Angelo Agathangelou at 6:31 am No comments:

johntheother: I watched a troll-lawyer in family court today inject strife and chaos into at least 3 of her client's child custody hearings - in which the parties had, in previous court sessions, come to mutual agreement.
Posted by Angelo Agathangelou at 3:25 am No comments: