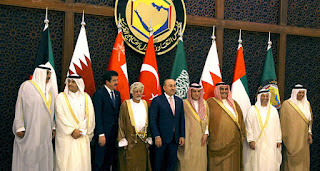 The offer to normalise relations come a week before Donald Trump visits Saudi Arabia and Israel in his first foreign trip as US president.
The Wall Street Journal said numerous Gulf states were prepared to set up telecommunication lines between the countries, open trade negotiations and allow planes to fly over their airspace.
In exchange, Israel would have to freeze settlement construction in the West Bank and relax trade restrictions with the Gaza Strip.

'Arab and Palestinian leaders, however, remain deeply sceptical that Netanyahu is committed to embracing the peace process.'
Read more »
Posted by Angelo Agathangelou at 9:49 pm No comments:

Feminism Is Killing Our Young Boys 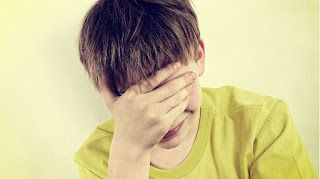 By Tim Patten: In a late-2015 TEDx talk, The Boy Crisis: A Sobering Look at the State of Our Boys, Dr. Warren Farrell discussed how those who support equality for all promote perspectives that shortchange one group, in particular: young males. Among other things, he noted that nine-year-old boys are killing themselves four times as often as girls, and yet women’s organizations have remained oddly silent. These so-called advocates of fairness have been quick to claim ownership of the “gender equality” megaphone for their own purposes, but have not taken its message to heart in a meaningfully inclusive way.
In truth, feminist’s efforts to level the playing field are targeted in one direction ­– toward the privileged and protected class of women. Rob Whitley Ph. D. reported in Psychology Today, The European Parliament Committee for Women’s Rights and Gender Equality produced a February 2017 report that was adopted by Parliament and ignored any issues for boys and men. The United Kingdom’s boy suicide rate parallels America. There is a disturbing lack of interest in dealing with boys’ equality concerns, especially those related to the challenges young males face and how they are treated – or mistreated – during those times in their lives when they are most vulnerable.

Read more »
Posted by Angelo Agathangelou at 6:51 pm No comments:

Another Attempt For Civilization To Get Civilized 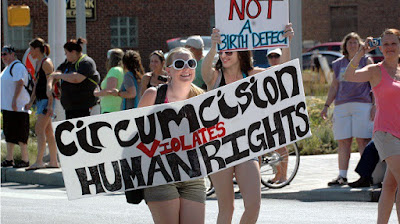 By Gary Costanza: Norway has just joined an august group of truly progressive nations that have attempted to protect all infants from genital mutilation by seeking to ban the routine circumcision of baby boys.
A libertarian and neo-liberal populist group called the Progress Party (FrP) of Norway has voted recently and passed a platform that includes banning routine circumcision of boys under 16. The platform includes a ban on wearing hijabs in public schools and was criticized as an attack on minorities. The European Jewish Association called on other Jewish organizations to help them oppose this and any other legislation that they consider anti-Jewish.
Voted down was a compromise that only banned government-funded circumcisions.

Max and Stacy discuss the big profits being made by companies whose corporate executives visit the White House. In the second half, Max interviews Chris Whalen, author of ‘Ford Men,’ to discuss Fannie & Freddie running out of money and the S&P Departments Store Index plunging.
Posted by Angelo Agathangelou at 12:17 pm No comments:

Zionist Report: When Netanyahu said "we have America" on the Bill Maher Show he meant that Zionists have the blessings of America's politicians. - Israel is a colonial settler state sitting on land that was stolen from its Arab population, which had been living there for thousands of years. The vast majority of Jews that settled the land in the early 1900's falsely laid claim to Palestine. - Since that injustice (the creation of Israel) the Zionists have continued to try to justify what they have done. The creation of Israel and now its maintenance has been the underlying cause of both world wars, events like 9/11, the war on terror, the creation of ISIS, and the current destabilization of the region.

Read more »
Posted by Angelo Agathangelou at 9:08 am No comments:

Perseus999: “We won’t live like slaves - The only lost battles are the ones that they have not been given”. On Wednesday 17 May 2017 thousands of people joined the general strike protests all over Greece, against the new harsh financial measures of 4.9 billion euros incorporated in the 4th Memorandum signed by the greek government, aimed once again against the lower income classes rather, than the banks and the wealthy.

Read more »
Posted by Angelo Agathangelou at 7:47 am No comments:

A Review Of Herbert Purdy’s ‘Their Angry Creed’

By Mike Buchanan, J4MB: Herbert Purdy was a speaker at last year’s London conference, a video of his talk is here. His excellent book Their Angry Creed: The shocking history of feminism, and how it is destroying our way of life was published shortly before the conference, where he signed copies. The book is available in paperback and ebook editions (all major e-readers) and from his own website (signed copies available). 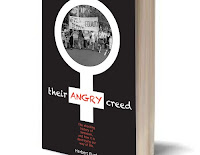 My thanks to an American supporter for pointing me to a five-star review of the book on Amazon’s American website, from ‘Gadgeteer’. It takes up the remainder of this blog piece:
“I would like to recommend this book for anyone interested in the true history of Feminism from its roots to the modern day. Feminism is HATE, pure HATE, nothing BUT Hate– and it’s all documented quite clearly, and chronicled using their own words, writings, speeches, deeds and activities. Feminism is destroying the foundation of our society and giving people absolutely nothing in return except misery and deep division. And the saddest part of all is that it didn’t have to be this way. Feminism has nothing to do with equality and everything to do with hating Men, masculinity and the “Male” essence. The goal and purpose of Feminism is to destroy the nuclear family and the idea of the “Patriarch” to institute a female-dominated society. With Feminism, Men’s problems are never considered because with Feminism, Men are the problem.

Handy With A Knife

Gary Orsum: You wouldn't want to put a woman in jail for stabbing a man. No, that would be just terrible.

Read more »
Posted by Angelo Agathangelou at 1:52 am No comments: