"The Power Of The Penis" Beauty And Sex

Jordan at The Screen: In today's episode I discuss the wonders of beauty and sex
Stewart-Williams & Thomas, 2013, The Ape That Thought It Was a Peacock: Does Evolutionary Psychology Exaggerate Human Sex Differences?
“It is plausible to suppose, then, that as a result of the dependency of our big-brained young, humans evolved to form pair bonds and to engage in biparental care—or more precisely, that big brains, pair bonding, and biparental care coevolved.

'His assassination removed the constraints on Israel’s illegal activities.'

By Paul Craig Roberts: This Memorial Day, Monday, May 29, 2017, is the 100th birthday of John Fitzgerald Kennedy, the 35th President of the United States.
JFK was assassinated on November 22, 1963, as he approached the end of his third year in office. Researchers who spent years studying the evidence have concluded that President Kennedy was assassinated by a conspiracy between the CIA, Joint Chiefs of Staff, and Secret Service. (See, for example, JFK and the Unspeakable by James W. Douglass)
Kennedy entered office as a cold warrior, but he learned from his interaction with the CIA and Joint Chiefs that the military/security complex had an agenda that was self-interested and a danger to humanity. He began working to defuse tensions with the Soviet Union. His rejections of plans to invade Cuba, of the Northwoods project, of a preemptive nuclear attack on the Soviet Union, and his intention to withdraw from Vietnam after his reelection, together with some of his speeches signaling a new approach to foreign policy in the nuclear age (see for example, https://www.jfklibrary.org/Asset-Viewer/BWC7I4C9QUmLG9J6I8oy8w.aspx ), convinced the military/security complex that he was a threat to their interests. Cold War conservatives regarded him as naive about the Soviet Threat and a liability to US national security. These were the reasons for his assassination.

Women! Can’t Live With ‘Em You Say? Sure We Can

By Bryan Scandrett: The modern MHRM that I entered back in 2011 has had an absorbing transition over the years characterized by a heartening series of victories. 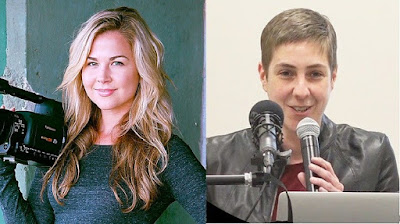 It was a hard slog to keep up the work and the morale in that environment of powerful opposition and almost complete mainstream media silence, broken only occasionally by a slew of hateful propaganda and wilful misinformation on what came to be known as the manosphere.
How times have changed!
With our success has come a few growing pains and I will attempt to address one of them now.
Women!
Without doubt, the strongest voices in the MHRM are women. We only need think of Karen Straughan and her legion of YouTube subscribers or Cassie Jaye and the center stage spotlight she commands today. Just two of a wide variety of females throwing energy and reputation on to the table for a gender other than their own.

Read more »
Posted by Angelo Agathangelou at 6:03 pm No comments: Links to this post

MIC Blowback: Suicide Bomber Who "Did Not Act Alone", Had "Proven Links To [Israel And US Supported] ISIS"

By Tyler Durden: Just hours after the UK raised its terror alert to Critical, or the highest possible, for the first time in ten years, Britain’s Inferior minister Amber Rudd said that Salman Abedi, the Manchester suicide bomber who killed 22 people at a concert venue, and had recently returned from Libya had likely not acted alone and troops were being deployed to key sites across Britain to help prevent further attacks according to the FT. 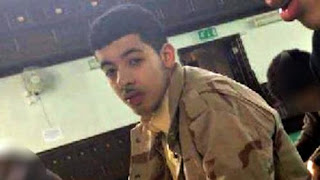 Salman Abedi, the suspect in the Manchester attack
Rudd said on BBC radio that the bombing was “more sophisticated than some of the attacks we’ve seen before, and it seems likely, possible, that he wasn’t doing this on his own.” She said Abedi had been known to security services before the bombing. Asked about reports that Abedi had recently returned from Libya, Rudd said she believed that had now been confirmed.
Rudd said up to 3,800 soldiers could be deployed on Britain's streets, taking on guard duties at places like Buckingham Palace and Downing Street to free up police to focus on patrols and investigation.

RonPaul: Yesterday's tragedy at a Manchester, UK pop concert reminds us again that terrorism is alive and well. ISIS claimed responsibility and governments will respond. But will their response make future attacks more or less likely? Looking at the larger war.
Posted by Angelo Agathangelou at 1:09 pm No comments: Links to this post

Is Canada's Radical-Feminist Government Outside The Law?

johntheother: How does an opposition party private member's bill get fast tracked and voted in with no opposing votes? How is this possible without a conspiracy?
Posted by Angelo Agathangelou at 9:36 am No comments: Links to this post

Dr. Ron Paul On The Drug War: Will The Trump Administration OD On Authoritarianism? 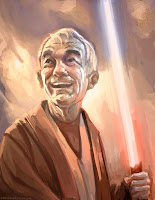 Sessions’ support for mandatory minimums is no surprise, as he has a history of fanatical devotion to the drug war. Sessions’ pro-drug war stance is at odds with the reality of the drug war’s failure. Over forty years after President Nixon declared war on drugs, the government cannot even keep drugs out of prisons!
As was the case with alcohol prohibition, the drug war has empowered criminal gangs and even terrorists to take advantage of the opportunity presented by prohibition to profit by meeting the continued demand for drugs. Drug prohibition enables these criminal enterprises to make profits far above the potential profits if drugs where legalized. Ironically, the so-called “law-and-order” politicians who support the drug war are helping enrich the very criminals they claim to oppose!

Read more »
Posted by Angelo Agathangelou at 5:21 am No comments: Links to this post

'Mention must be made of the brutal and ongoing injustice meted out to the Palestinians by an Israeli government
that shares with the Saudis a doctrine of religious exceptionalism and supremacy, one that is inimical to peace or the security of its own people.'

By John Wight: The lack of a coherent anti-terrorism strategy in Washington and by extension the West, as emergency services deal with the devastating aftermath of yet another terrorist atrocity in Europe – this time a suicide bomb attack at a concert in Manchester, England – has been thrown into sharp relief during President Trump’s tour of the Middle East.


Specifically, on what planet can Iran be credibly accused of funding and supporting terrorism while Saudi Arabia is considered a viable partner in the fight against terrorism? This is precisely the narrative we are being invited to embrace by President Trump in what counts as a retreat from reality into the realms of fantasy, undertaken in service not to security but commerce.
Read more »
Posted by Angelo Agathangelou at 2:10 am No comments: Links to this post