Trump Slams "Very Bad" Germans For Selling Millions Of Cars In US: "We Will Stop This"

By Tyler Durden: A day after Trump stunned his fellow NATO leaders, shoving one of them out of the way for a photo-op and demanding that they "must do more" to offset defense costs which are mostly borne by the US, Trump lobbed another bomb at the European center-right consensus by renewing his attacks on the German auto industry during a closed door meeting with two high-ranking European Union officials, according to a report in German magazine Der Spiegel, that was picked up by Bloomberg and CNBC. 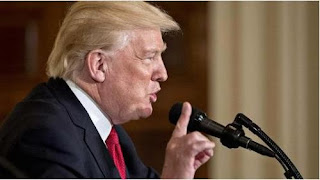 Citing unidentified attendees, Spiegel quoted Trump as saying that “the Germans are bad, very bad” and adding “look at the millions of cars that they sell in the U.S. Terrible. We’re going to stop that.” The comments were said to have been made during a closed-door meeting with the EU President Jean-Claude Juncker and the European Council President Donald Tusk, who reportedly both stood up for Germany, according to CNBC.

Read more »
Posted by Angelo Agathangelou at 4:46 pm No comments:
Email ThisBlogThis!Share to TwitterShare to FacebookShare to Pinterest 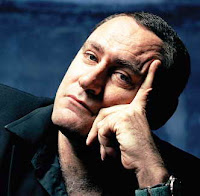 Introduction by GA:  In this interview, Aedon Cassiel (Counter-Currents) focuses on the most problematic and controversial aspects in my work. We spoke about Jewish power in the context of race, biology, genes and eugenics. We delved into Jewish survival strategies, controlled opposition, the identitarian dystopia and nationalist nostalgia. We also looked at The Bell Curve and cognitive partitioning. Cassiel didn't cut me slack. He criticised my work form right wing vintage. I must admit that I had a lot of fun with his questions.
By Aedon Cassiel: In your work, who do you consider yourself to be speaking to? If you don’t have a specific audience in mind, then my question is: if only one group of people could hear your message, who would you choose, and what would you have them do about it?
This is important to me. I do not intend to speak to people of any specific persuasion. I am not an activist and have zero interest in political involvement. I am engaged in an intellectual search. Jews fascinate me – their troubled history, their survival strategies, their overrepresentation in media, politics, banking, the Manhattan Project, the list of the one hundred worst landlords in New York City, academia, and their dominance in political lobbying. I am trying to identify the cultural roots at the core of all that.

Read more »
Posted by Angelo Agathangelou at 2:02 pm No comments:
Email ThisBlogThis!Share to TwitterShare to FacebookShare to Pinterest

By Dr. Paul Craig Roberts: Years ago James Jesus Angleton left me with the impression that when an intelligence agency, such as the CIA, pulls off an assassination, bombing, or any event with which the agency does not wish to be associated, the agency uses the media to control the explanation by quickly putting into place a cover story that, along with several others, has been prepared in advance. I suggested that the new story that “the Saudis did 9/11” was put into play to take the place of the worn and battered first cover story. http://www.paulcraigroberts.org/2016/07/20/is-the-saudi-911-story-part-of-the-deception-paul-craig-roberts/ 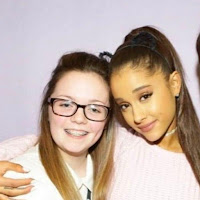 When the Oswald cover story for JFK’s assassination came under heavy suspicion http://www.paulcraigroberts.org/2017/05/24/jfk-100-paul-craig-roberts/, other cover stories appeared in the media. One was that the Mafia killed JFK, because he was having affairs with their molls.
The fact that it made no sense did not stop many from believing it. It did not occur to people more gullible than thoughtful that a gangster would simply get another woman and not take the risk of assassinating the US president over a woman. The last thing the Mafia would want would be for Attorney General Robert Kennedy to bring the law down on the Mafia like a ton of bricks.
Another cover story was that Castro did it. This made even less sense.

Read more »
Posted by Angelo Agathangelou at 10:19 am No comments:
Email ThisBlogThis!Share to TwitterShare to FacebookShare to Pinterest

'Al-Qaeda and most other terror groups fighting in the Middle East proxy-wars for the West,
are the creation of the West.' 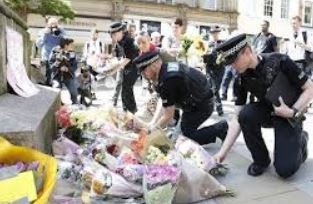 By Peter Koenig: Government assisted killing of their own citizens for political purposes has become a common pattern. The media are getting ever bolder in disguising such events as ‘Terror’, spreading fear. The public swallows these lies again and again.
British elections are planned for 8 June 2017.
At the end of a pop concert by US singer Ariana Grande in Manchester, an enormous ‘controlled’ explosion killed at least 22 people and injured 59, as reported by British media. Many of them are children and adolescents, as most of the concert-goers were young people.
The singer is unharmed. The concert hall accommodates 21,000 people. After the blast, panic broke loose, resulting in a mass stampede. It is not clear whether people were also killed in the stampede.
Hours after the explosion, although BBC reported it was not evident what exactly happened, UK police and authorities talked immediately of an act of terror.
Read more »
Posted by Angelo Agathangelou at 8:53 am No comments:
Email ThisBlogThis!Share to TwitterShare to FacebookShare to Pinterest

Governments Will Keep On Trying To Regulate The Internet

Freedom Alternative:
We have to win every single time.
For liberty is not on the side of entropy.
Read more »
Posted by Angelo Agathangelou at 5:28 am No comments:
Email ThisBlogThis!Share to TwitterShare to FacebookShare to Pinterest

The Hazards Of Defending Trans-Racialism

StudioBrule: Professor Fiamengo analyses the wild accusations of violence and harm, and groveling apologies at the feminist “philosophy” journal, Hypatia, over their decision to publish an article by a feminist philosopher named Rebecca Tuvel called “In Defense of Transracialism”.
Posted by Angelo Agathangelou at 3:29 am No comments:
Email ThisBlogThis!Share to TwitterShare to FacebookShare to Pinterest

By Yves Engler: Should a social democratic party’s spokesperson on foreign affairs address the Israel lobby’s top annual event and legitimize an explicitly racist institution? These are questions those currently vying for leadership of Canada’s New Democratic Party must be pressed to answer. 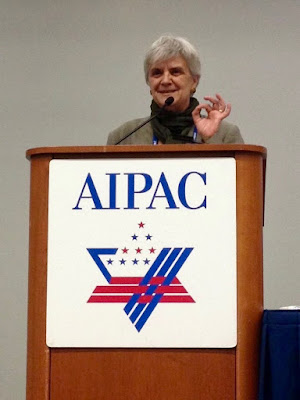 Why is NDP foreign affairs spokesperson Hélène Laverdière legitimizing anti-Palestinian organizations?
According to the Canadian Parliament’s recently released disclosure of members’ sponsored travel, the American Israel Public Affairs Committee (AIPAC) paid for the New Democratic Party’s foreign affairs spokesperson Hélène Laverdière to speak on a panel at its conference last year.
The notorious anti-Palestinian lobby group spent more than $740 on her flight and accommodation in Washington, DC.
Months after her AIPAC speech, Laverdière participated in a Jewish National Fund tree-planting ceremony in Jerusalem. During a visit to Israel with Canada’s governor general, Laverdière attended a ceremony with the fund’s world chairman Danny Atar and a number of other top officials.
The Jewish National Fund controls 13 percent of Israel’s land, which was mostly seized from Palestinians forced from their homes by Zionist militias during the 1947-1948 ethnic cleansing known to Palestinians as the Nakba, Arabic for catastrophe.