StudioBrule: Professor Fiamengo observes that "Sorry" no longer carries much weight with SJWs.
Posted by Angelo Agathangelou at 11:19 pm No comments: Links to this post 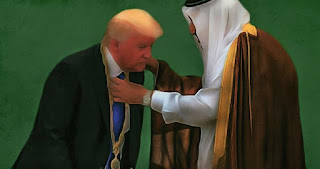 Written by Darius Shahtahmasebi: While Donald Trump was in Riyadh, raving incessantly about the over-hyped Iran threat, Iranian foreign minister Javad Zarif was trolling America’s foreign policy establishment. He advised Trump to discuss with Saudi Arabia how to avoid another 9/11 atrocity rather than making baseless claims against Iran.
Zarif said:
“[Trump] must enter into dialogue with them [the Saudis] about ways to prevent terrorists from continuing to fuel the fire in the region and repeating the likes of the September 11 incident by their sponsors in Western countries.”
He added:
“You will find out who really knocked down the World Trade Centre because they have papers out there that are very secret. You will find it’s the Saudis, you will find that is the case.” 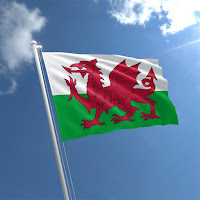 Are you a father or grandfather living in Wales?
Alternatively, are you a father or grandfather whose child is currently living in Wales?
If so, please spare a few minutes to complete the Welsh Dads’ Survey 2017. It really is very quick and painless.
This survey provides valuable information to assist FNF-BPM Cymru in its work supporting fathers in Wales with child contact issues and associated parental separation matters.
You do not need to have divorce or child contact issues yourself. ALL fathers, father figures and grandfathers in Wales, or with a child in Wales, are eligible and wanted.
Please forward to others you know who are eligible.
Survey closes 9th June’17.

Read more »
Posted by Angelo Agathangelou at 5:23 pm No comments: Links to this post

Max and Stacy discuss the argument that progressives should back building weapons for the job creation. In the second half Max interviews Craig Hemke of TFMetalsReport.com about bitcoin stealing gold’s thunder.
Posted by Angelo Agathangelou at 2:44 pm No comments: Links to this post

The rise in prison suicides in England and Wales
Via Mo, J4MB: This lengthy piece on the website ‘OpenDemocracyUK’. Lorraine Atkinson is a Senior Policy Officer at the Howard League for Penal Reform. As we’d expect from anyone working for the HLPR, there’s not a single sentence in the article referring to the gendered nature of prisons, with 95% of prisoners being men. 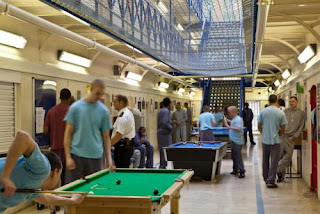 The HLPR is not alone in its anti-male bias. The following can be found on our party’s Wikipedia page, the statements by Jenny Earle of the Prison Reform Trust are outright lies:


The party co-hosted the second International Conference on Men’s Issues in London, between 8 and 10 July 2016 in association with A Voice for Men. Conservative member of parliament Philip Davies, a member of the Justice Select Committee, spoke to the conference asserting that the criminal justice system favours women’s over men’s rights. [J4MB: He provided plenty of evidence to prove his ‘assertion’.]

By Michael Conzachi: This is something we already know, but in a startling admission, a retired Navy Admiral has made an admission that he was coerced and had his career threatened, if he did not uphold a rape conviction of a Navy Seal, that he believed was innocent.

Rear Admiral Patrick Lorge (Retired)
The Daily Caller and other news organizations are reporting that recently retired U.S. Navy Rear Admiral Patrick J. Lorge has admitted that political pressure placed on him, caused him to convict Navy Seal Keith Barry of rape in 2014.
Lorge has provided an affidavit which is part of the appellate package submitted by Barry’s attorneys who have filed a motion with the Court of Appeals for the Armed Forces, who describe Barry’s conviction as one of the worst examples of Unlawful Command Influence since the implementation of the Uniform Code of Military Justice in 1950.
In his affidavit, Lorge writes;

“I did not find that the Government proved the allegation against Senior Chief Barry beyond a reasonable doubt,”
“Absent the pressures described [in my affidavit], I would have disapproved the findings in this case.”

Never Mind Disease. Guess Who Wants To Talk Gender As A Preexisting Condition? 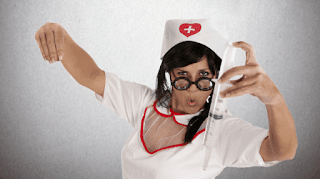 By Zach Janssen: “Is rape considered a preexisting condition under your amendment? Yes or no?” Cheers erupt in response to the question, which is directed by a seventeen-year-old girl named Daisy to Republican House Representative Tom MacArthur.[1] The two are standing in the center of a town hall meeting, surrounded by a crowd of seated onlookers and a ring of video cameras. The amendment Daisy refers to had been added by MacArthur to the Republican Obamacare replacement bill, helping it secure enough votes to pass in the House of Representatives days before.
As Representative MacArthur begins his answer, Daisy interrupts, “Yes or no! Yes or no! One word! One word!”
Unwilling to accept the “one word” rule, MacArthur explains, “Folks, you get to ask the questions, and I get to answer them.”
“Yes or no!” Daisy interrupts again, bringing echoes from the crowd. “Yes or no! Yes or no!”
Minutes pass as MacArthur endures the outburst before he is finally able to answer without interruption. “You cannot be denied [health coverage] or charged more because of having been raped,” he says.

Read more »
Posted by Angelo Agathangelou at 8:50 am No comments: Links to this post

Allowing Abortion Up To Birth 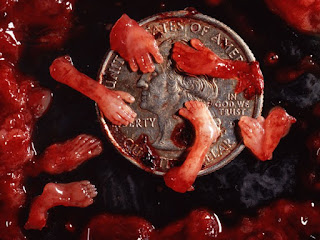 By Mike Buchanan: Appalling. The end of the piece:

Read more »
Posted by Angelo Agathangelou at 6:59 am No comments: Links to this post

Paedophile Beverley Tillyer, 40, Jailed For Having Sex With Three Schoolboys 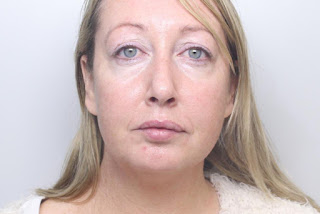 Left: Paedophile Beverley Tillyer.
Via Bryn, J4MB: This, concerning a woman’s sexual assaults on three 14-year-old boys in 2008. Once again we have a female sex offender described in a headline as ‘Mum’. Extracts from the piece, illustrating the gender double standard. How many of these would we see in the account of a trial, if the alleged sex offender were a man?


Dave Mackay, prosecuting, said the offending took place during 2008 when she was in her early 30s and ran a “chaotic household”…
The youngsters did not make a complaint at the time of the offending…
After being arrested Tillyer initially denied carrying out any abuse and claimed she had been raped by the boys…
Kate Bissett, mitigating, said Tillyer suffered from anxiety and a personality disorder. She said: “She was seeking intimacy rather than seeking to exploit them for sexual gratification.” [J4MB: Well, that’s all right, then.]