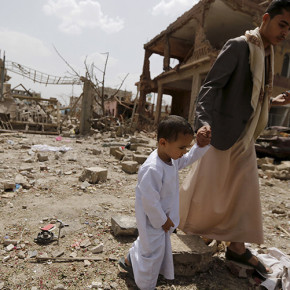 By Daniel Read: The death count from the terrorist attack on Manchester’s now sits at twenty two. Over sixty others wounded. The sad toll from an act of shockingly brutal callousness now seems to have thankfully stopped increasing.

True to form various politicians and media pundits have swooped in to give their verdict, some more sincere than others. The notoriously unpleasant Katie Hopkins, having called for a ‘final solution‘ for British Islam, is among the worst. Labour Party leader Jeremy Corbyn’s plea to actually care for those most aggrieved, now and in the future, is perhaps the most genuine.


Yet it’s Prime Minister May’s verdict that is of particular interest. Branding the intentional targeting of children as “sickening cowardice” (it is) she seems to have made a point only to trip and fall.
Read more »
Posted by Angelo Agathangelou at 10:33 pm No comments: Links to this post

Denial of the existence of male victims continues as usual. 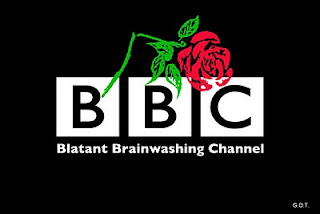 Via Jeff, J4MB: This piece on the BBC.


Perhaps with the new commission the Conservatives are proposing, Mike, they will identify that men are also victims in a significant number of cases of DV and should be helped as well.

Sadly, Jeff’s optimism is surely misplaced. Feminists working for Women’s Aid and other organizations in the DV industry are deeply influential in the Home Office and in other relevant government departments. There is no mention in the BBC piece of male victims, and the photograph at the top is of a man’s clenched fist, with a woman cowering in the background. Excerpts:

Ms Rudd [Home Secretary] said: “The fact is that across the country [standards] are varied, and part of [the reason for] this legislation and having a commissioner is to make sure that we raise standards everywhere, so that women [J4MB: our emphasis] get a good service, wherever they are.” [J4MB: Ms Rudd cannot be bothered to even pretend to give a damn about male victims.] 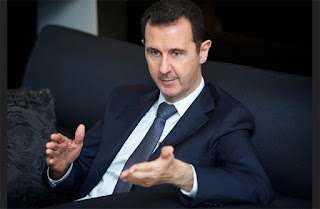 By Brandon Turbeville: While Americans endlessly battle each other over seemingly important choices like Clinton and Trump or Democrats and Republicans, it is clear that the majority of the population has little understanding of how the U.S. government operates. Yet, for those who pay the price for the apathy and confusion of the general population of the West, it often becomes stunningly obvious that neither presidents nor political parties in America represent any discernible difference in the ongoing agenda of the Deep State and the rest of the oligarchical apparatus. Indeed, that agenda always marches forward regardless of who is president or which political party is in control.
Syria’s president Bashar al-Assad has thus had the unique position of not only being on the receiving end of American imperialism by virtue of not only being a citizen of a target country but also by being the head of the country, steeped in politics in his own right and thus understanding how certain factors come into play at the national level.
Read more »
Posted by Angelo Agathangelou at 2:50 pm No comments: Links to this post

By Author Douglas Galbi: Today, many highly educated persons have little understanding of love. Those persons haven’t been properly educated. In medieval Byzantium, education in persuasive speech centered on love. Particularly influential in Byzantine education were the rhetorical exercises (progymnasmata) of the twelfth-century Byzantine intellectual Nikephoros Basilakes.[1] He was a rhetoric teacher associated with the church of Hagia Sophia and the orthodox patriarch in Constantinople. Basilakes’s progymnasmata draw on both classical and biblical stories of love. For persons wishing to be properly educated about love, Basilakes’s progymnasmata remain eminently worthy of study. 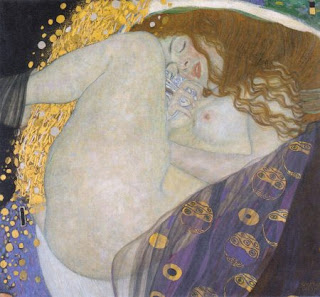 Basilakes forthrightly recognized a wide range of amorous interactions. For example, worldly persons might know what a “golden shower” now means. Drawing upon classical literature, Basilakes recounted that a golden shower came over the virgin Danaë and wet “the great meadow of her beauty.”[2] The story begins with Danaë’s father, who internalized contempt for men’s sexuality, hiding Danaë in a bronze chamber to keep her away from men. But all-seeing Zeus perceived her beauty, beauty which was “like the moon at night, like a rose in bud, like purple in a murex shell, like a pearl in an oyster.” Zeus devised a way to enter Danaë’s bronze chamber:

Rekt Feminist Videos: Apparently you can't have your own opinion in school.
Posted by Angelo Agathangelou at 8:41 am No comments: Links to this post

Turd Flinging Monkey: More from my conversation with theplummer about the Duluth Model and the "power wheel" which is still used to this day.
Posted by Angelo Agathangelou at 7:09 am No comments: Links to this post

Men Are Good!: Laci Green asked for people's experiences that were key in them viewing feminism in a negative light. Tom responds and tells his story of his early experiences with domestic violence as a therapist and later as the vice chair of the Maryland Commission for Men's Health.

It's A Mad [Feminist] World

Feminism KEK:
Parody Lyrics
All around me are depressing psychos
Holding signs close, Holding a sad pose
Using markers they write down some sad prose
Feigning despair, hoping that you'll care
Read more »
Posted by Angelo Agathangelou at 12:02 am No comments: Links to this post