Raging Golden Eagle: Man am I glad we actually have free speech laws here in Merka. But that aside, could you imagine how much of ALL media would vanish if this was widely enforced?

Why do both governments
refuse to discuss foreign policy?
Read more »
Posted by Angelo Agathangelou at 6:15 pm No comments: Links to this post

Is There A Tech Bubble?

Max and Stacy ask whether or not there is a tech bubble and, if so, whether there are cracks appearing in that bubble. In the second half Max talks to Jameson Lopp of Bitgo.com about the latest in the bitcoin and cryptocurrencies world.
Posted by Angelo Agathangelou at 4:29 pm No comments: Links to this post

By Gilad Atzmon: What is it about me that attracts these Jewish diaspora lowlifes? My arch AZZ* detractor, Tony Greenstein, has a well-earned criminal record forever attached to his name, Alan Dershowitz, so desperate to smear the professors who endorsed my work, was with notorious paedophile Jeffrey Epstein, implicated in underage sex and Anthony Dennison, of the North West Friends of Israel, the Zionist extremist group that terrorized the Northern College music school last year, is a convicted hooligan.
Now, it may be, that being something of a felon actually adds to one’s Jewish reputation - this might explain why both Hillary Clinton and Donald Trump married their daughters to sons ofJewish convicted criminals.
Still, with all those villains around, life never gets boring.


Read more »
Posted by Angelo Agathangelou at 1:13 pm No comments: Links to this post

Washington’s Empire Is Not Unraveling

'The fact that the president is constrained by the military/security complex and the financial sector will not come through. Thus, The Matrix’s myth of democracy bringing change via elections will continue to blind people to reality.' 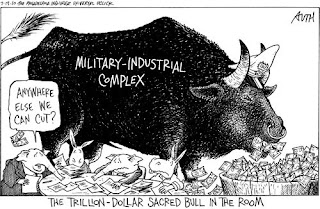 By Paul Craig Roberts: The military/security complex spent seven decades building its empire. The complex assassinated one American president (JFK) who threatened the empire and drove another (Richard Nixon) out of office. The complex does not tolerate the election of politicians in Europe who might not follow Washington’s line on foreign and economic policy.
Suddenly, according to the Western and even Russian media, the complex is going to let one man, Trump, who does not rule America, and one woman, Merkel, who does not rule Germany, destroy its empire.
According to the presstitutes, by pulling out of the Paris Accord (the global climate pact) and stating that NATO members should contribute more to the alliance’s budget for which the US taxpayer has an overweighted share, Trump has caused Merkel to conclude that Europe can no longer rely on Washington.
The discord between Trump and Merkel and Washington’s resignation of its leadership position has destroyed the Western alliance and left the EU itself on the verge of being torn apart.

Read more »
Posted by Angelo Agathangelou at 10:05 am No comments: Links to this post

It's Transphobic If You Say NO!

Regards, Bearing.
Read more »
Posted by Angelo Agathangelou at 8:04 am No comments: Links to this post

By Michael Krieger: The dishonest and dangerous response of Theresa May’s UK government to the horrific terrorist attacks of the past month is unfortunately all too common when it comes to those in power. Rather than look inward at the glaring shadiness and corruption inherent throughout UK government polices, its “leaders” are looking to use these barbaric acts as a excuse to push through an authoritarian and illiberal expansion of state power. Specifically, Theresa May’s government is despicably using the attacks to push for regulation and censorship of the internet.

As reported by the Independent:


New international agreements should be introduced to regulate the internet in the light of the London Bridge terror attack, Theresa May has said.
The Prime Minister said introducing new rules for cyberspace would “deprive the extremists of their safe spaces online” and that technology firms were not currently doing enough.
“We cannot allow this ideology the safe space it needs to breed – yet that is precisely what the internet, and the big companies that provide internet-based services provide,” Ms May said.
The Conservative manifesto pledges regulation of the internet, including forcing internet providers to participate in counter-extremism drives and making it more difficult to access pornography.

Some Bits From Karen Straughan Appearance On "Outsiders"

By Tyler Durden: The FT has unveiled what its believes is the key trigger behind the shocking overnight collapse in diplomatic relations between Qatar and its Gulf neighbors. According to the FT, the catalyst that forced the Saudis and their allies to unveil the cut in diplomatic and economic ties, is that Qatar allegedly paid up to $1 billion to Iran and al-Qaeda affiliates "to release members of the Gulf state’s royal family who were kidnapped in Iraq while on a hunting trip, according to people involved in the hostage deal"; the secret deal was allegedly one of the triggers behind Gulf states’ dramatic decision to cut ties with Doha.
The details of the payoff: "around $700m was paid both to Iranian figures and the regional Shia militias they support, according to regional government officials. They added that $200m to $300m went to Islamist groups in Syria, most of that to Tahrir al-Sham, a group with links to al-Qaeda."

A regional Arab official said the total paid to jihadi groups was closer to $300m. “So, if you add that up to the other $700m they paid to Iran and its proxies, that means Qatar actually spent about a billion dollars on this crazy deal,” he said.