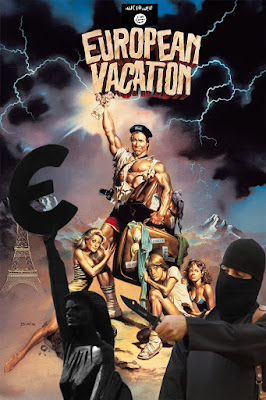 How To Write A Gender Theory Paper + The Liberty Belles

StudioBrule: A look at the nonsensical nature of Gender Theory articles and how The Conceptual Penis is indistinguishable from "serious" papers published on gender theory.

Read more »
Posted by Angelo Agathangelou at 6:58 pm No comments:

Max and Stacy discuss ‘liquidity turbulence’ and ask whether it is the ‘credit crunch’ of our day. In the second half Max continues his conversation with Jameson Lopp of Bitgo.com about the latest in the bitcoin and cryptocurrencies world.
Posted by Angelo Agathangelou at 1:59 pm No comments:

By Mark Curtis: The Telegraph reports that London attacker Rachid Redouane fought in the 2011 British/NATO war against Qadafi – as did Salman Abedi, the Manchester bomber – and joined a militia which went on to send jihadist fighters to Syria. In Libya, he is believed to have fought with the Liwa al Ummah unit.[1] 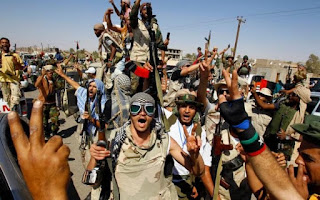 The Liwa al Ummah was formed by a deputy of Abdul Hakim Belhaj, the former emir of the al Qaeda-linked Libyan Islamic Fighting Group. In 2012, the Liwa al Ummah in Syria merged with the Free Syrian Army (FSA)[2], which was formed in August 2011 by army deserters based in Turkey[3] whose aim was to bring down Assad.
In Syria, the Liwa al Ummah was often referred to as an ‘FSA unit’[4] and sometimes teamed up with al-Nusra, al Qaeda’s official branch in Syria. [5]
The UK has been reported as covertly supporting al-Nusra in Syria.[6] Moreover, the UK backed and supplied the FSA. In February 2012 Britain pledged to send advanced communications equipment to the FSA to help coordinate its forces.[7]
Read more »
Posted by Angelo Agathangelou at 11:49 am No comments:

Ex-Jew Nathanael said. "Our allies are NATO that wages wars for the Jews around the globe. That's why McMaster and Mattis are planning an Arab NATO, to further Israel's hatred of Iran, which means more civilians getting killed! Mattis doesn't care; he's not called 'the butcher of Fallujah' for nothing. ...What if your own family was blown to bits by a US bomb, just another fact of life?"
Posted by Angelo Agathangelou at 10:35 am

Raging Golden Eagle: The country is full of "cultural enrichment", yet their priority is raiding the homes of grannies sharing offensive pictures! No wonder they don't have the manpower to do what needs to be done to actually keep themselves safe!

Read more »
Posted by Angelo Agathangelou at 5:05 am No comments: 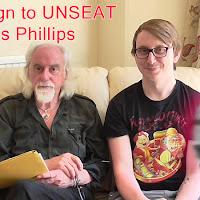 By Serina Sandhu: Jess Phillips has said the anti-feminist men’s rights group handing out leaflets to Birmingham Yardley voters are “weak” misogynists. The Society to Establish a Minister for Men’s leaflet is asking voters in Ms Phillips’ constituency whether they really want a “feminist as your MP”. The poster, which contains a number of quotes from women about feminism, urges people to support the society to “protect your sons… and your grandsons from feminism”.
Ms Phillips has shared images of the poster, which says: “Ladies, pass this leaflet to a friend who has a male in her life whom she loves – her husband, son, father… Gentleman, do you really want to vote for someone who seriously dislikes you?” Ms Phillips suggested the group was intimidated by women. “These are very weak people who are obviously scared of women who speak up,” she told i. “Perhaps they don’t have anyone who loves them, which I suppose is a pity.” The politician branded the leaflets “misogyny”.

Read more »
Posted by Angelo Agathangelou at 3:15 am No comments: