I think I will leave you to make your excuses for inciting murder to the Police.
— Philip Davies (@PhilipDaviesUK) 9 June 2017


Posted by Angelo Agathangelou at 11:02 pm No comments:

By Gilad Atzmon: Three days before the British election, The Independent’s headline title read: “Majority of British voters agree with Corbyn's claim UK foreign policy increases the risk of terrorism”
So, seventy-five per cent of Brits realise that it is those immoral interventionist wars in Iraq, Syria, Afghanistan and Libya that have contributed to the terror that now haunts their country. 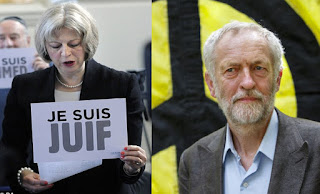 But ‘interventionist wars’ is just a politically correct term for Israeli-driven global conflicts promoted by the worldwide Zionist lobby: AIPAC in the USA, CRIF in France and the LFI/CFI in Britain. So the next question is unavoidable. How many of these Brits, who obviously know the truth about Britain’s ‘interventionist wars’, also grasp who it is who triggers these genocidal conflicts?
Today’s British election results provides us with a clear answer.
Theresa May has been made a fool by the British voter while Jeremy Corbyn, who was subject to constant smearing by the same lobby that pushed us into Iraq, Libya, Syria and even Iran, came out as the big winner.

Read more »
Posted by Angelo Agathangelou at 9:51 pm No comments: 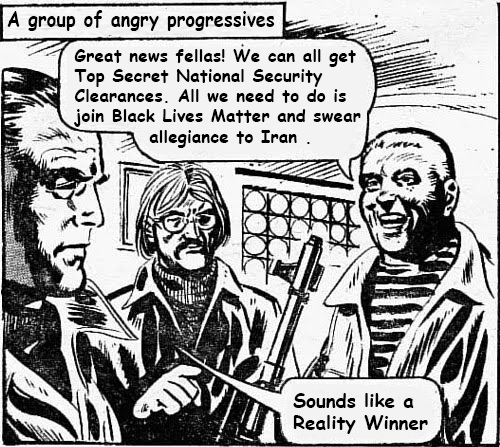 "Nothing Else Matters": Central Banksters Have Bought A Record $1.5 Trillion In Assets In 2017

By Tyler Durden: One month ago, when observing the record low vol coupled with record high stock prices, we reported a stunning statistic: central banksters have bought $1 trillion of financial assets just in the first four months of 2017, which amounts to $3.6 trillion annualized, "the largest CB buying on record" according to Banksters of America. Today BofA's Michael Hartnett provides an update on this number: he writes that central bank balance sheets have now grown to a record $15.1 trillion, up from $14.6 trillion in late April, and says that "central banks[ters] have bought a record $1.5 trillion in assets YTD." 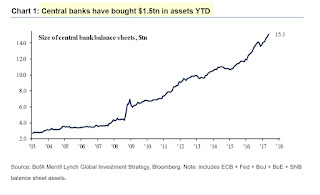 The latest data means that contrary to previous calculations, central banksters are now injecting a record $300 billion in liquidity per month, above the $200 billion which Deutsche Banksters recently warned is a "red-line" indicator for risk assets.

Understanding The Geopolitics Of Terrorism

Innocent men, women and children, are paying the terrible price for these imperialist operations. 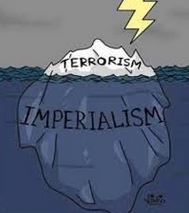 Bill Van Auken: The latest in a long series of bloody terrorist attacks attributed to the Islamic State of Iraq and Syria (ISIS) unfolded in Iran early Wednesday with coordinated armed assaults on the Iranian Parliament (Majlis) and the mausoleum of the late supreme leader of the Islamic Republic, Imam Khomeini. At least 12 people were killed and 43 wounded.
The reactions of the US government and the Western media to the attacks in Tehran stand in stark contrast to their response to the May 22 bombing that killed 22 people at the Manchester Arena and the London Bridge attacks that claimed nine lives last Saturday.
The Trump White House released a vicious statement that effectively justified the killings in Iran, declaring, “We underscore that states that sponsor terrorism risk falling victim to the evil they promote,” an attitude that found its reflection in the relative indifference of the media to the loss of Iranian lives.

'The people giving the orders for these attacks live in upper-class neighborhoods in London, Paris and elsewhere, enjoying close connections with intelligence agencies and government officials.'
Read more »
Posted by Angelo Agathangelou at 12:01 pm No comments: 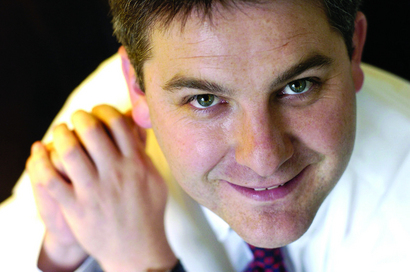 Posted by Angelo Agathangelou at 10:52 am No comments:

Iran: Trump's Reaction To
Deadly Attacks Is 'Repugnant'
By Al Jazeera: Iran's Foreign Minister Mohammad Javad Zarif has called US President Donald Trump's reaction to deadly attacks in Tehran "repugnant", as intelligence officials said that the five attackers were Iranians who had fought for ISIL in Syria and Iraq. 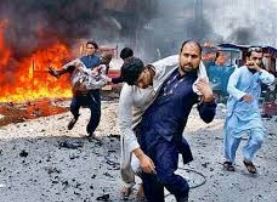 At least 16 people were killed on Wednesday in attacks claimed by the Islamic State of Iraq and the Levant (ISIL, also known as ISIS) group, as suicide bombers and gunmen targeted the Iranian parliament and the mausoleum of Ayatollah Khomeini - leader of the 1979 revolution - in the capital, Tehran.
"Repugnant [White House] statement & Senate sanctions as Iranians counter terror backed by US clients. Iranian people reject such US claims of friendship," Zarif tweeted on Thursday.

Read more »
Posted by Angelo Agathangelou at 6:04 am No comments:

Bonobo3D: Four years ago Denise Roman publicly apologized to her son Evan, for having allowed someone to cut him when he was a baby. In this interview Denise discusses her feelings since, and the responses and the public conversation that video prompted.