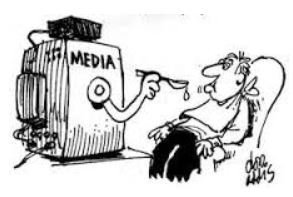 B WashingtonsBlog: We noted yesterday that the Washington Post is owned by one of the world’s richest guys, worth $72.8 billion  … and who may soon become THE world’s richest.
And you probably won’t hear it from the New York Times, but the largest shareholder of the Times  is the sixth wealthiest guy … worth $54.5 billion.   He used to be THE richest person, but he’s slipped a little in the rankings.
It’s not just the Post and the Times …
Forbes reported last year:


Billionaires have long exerted influence on the news simply by owning U.S. media outlets.
Some billionaires, like Rupert Murdoch and Michael Bloomberg are longtime media moguls who made their fortunes in the news business. Others, like Amazon founder Jeff Bezos, bought publications as a side investment after building a substantial fortune in another industry. Billionaires own part or all of several of America’s influential national newspapers, including The Washington Post, The Wall Street Journal and the New York Times, in addition to magazines, local papers and online publications.

How did this came about? How did the Cypriots, who are known to support the Palestinian cause, become a province of the Israeli empire?
An Israel-Europe gas pipeline deal is the answer.
In the beginning of April we learned about a proposed 2,000 kilometer subsea pipeline connecting gas fields located offshore in Gaza and Cyprus with Greece and possibly Italy.

Israel Has Been Bankrolling The Syrian "Rebels" For Years

Via Wall Street Journal Israel has been paying its Syrian 'rebels' in cash, supplying their fuel, food and giving them medical support.

Israel National News : Israel has been regularly supplying Syrian rebels near its border with cash as well as food, fuel and medical supplies, The Wall Street Journal reported on Sunday.
According to the report, the IDF is in regular communication with rebel groups and its assistance includes undisclosed payments to commanders that help pay salaries of fighters and buy ammunition and weapons, according to interviews with about half a dozen Syrian fighters.
An unnamed source told the newspaper that Israel has established a military unit that oversees the support in Syria, and set aside a specific budget for the aid.
Israel has not confirmed the report.
Israel has in the past treated some 3,000 wounded Syrians, many of them fighters, in its hospitals and has provided humanitarian aid such as food and clothing to civilians near the border during winter. But half a dozen rebels and three people familiar with Israel’s thinking who spoke to the Wall Street Journal claimed that the country’s involvement is much deeper and more coordinated than previously known and entails direct funding of opposition fighters near its border for years.

Read more »
Posted by Angelo Agathangelou at 6:16 pm No comments:

Stop Having Sex In Canada

johntheother said. "This is the kind of sex in which a grown assed adult woman's so helpless, so fragile, so incapable and lacking in any personal will or ability to speak, that whatever toxic-ly male hyper masculine penis sporting oppressor might cast his penetrating gaze on her with sexual intention, that he must solicit her continued on going and affirmative consent if he doesn't want to land himself in a court room or college star chamber or a jail cell defending himself against sexual misconduct or sexual assault allegations."

By Author Douglas Galbi: The number of persons killing themselves with drug overdoses is rapidly increasing. Drug overdose deaths in the U.S. rose 211% from 1999 to 2015 to a total of about 52,000 drug overdose deaths in 2015.[1] Deaths from drug overdoses number nearly three times greater than homicide deaths.[2] Many persons worry about guns in the hands of others. Drugs that persons put into their own bodies are a far more prevalent cause of death. Persons’ own despair kills them much more often than other persons’ violence does.

Read more »
Posted by Angelo Agathangelou at 9:42 am No comments:

vanessa beeley: He has been defying the Establishment gatekeepers and telling us the truth about what’s really going on in the world for over 50 years. He has covered wars around the world from Vietnam to Iraq, and is also an award-winning documentary filmmaker. For many, John Pilger is the journalists’ journalist, ...he give us his thoughts on the state of the press today.

Read more »
Posted by Angelo Agathangelou at 7:53 am No comments: 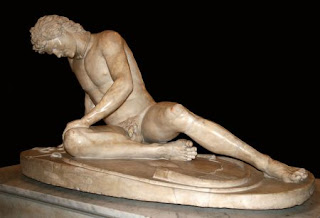 By Author Douglas Galbi: In 396 GC, nomadic men warriors from central Asia besieged Edessa. Within that ancient cultural capital lived the pious widow Sophia (which means wisdom) and her beautiful daughter Euphemia (which means pleasant-sounding). The Romans brought Goths into Edessa to help defend the city. The Romans regarded the Goths as barbarians like the men besieging the city. To the Romans, barbarians lacked wisdom from classical Greco-Roman and Christian learning. Barbarians spoke harsh-sounding languages. Worst of all, barbarian men, unlike the Roman elite, were strong, fearless, and heterosexually vigorous.[1] Barbarian men were courtly eunuchs’ nightmare.
Roman women regarded barbarian men more lovingly. Consider what Euphemia said about the Goth soldier stationed at her house in Edessa:

having come with sinister step to my own house, the Goth, barbarous in mind, forsworn in his speech, given over almost entirely to sexual desire, saw me, a maiden keeping house as a maiden does, and being completely maidenly in my sober demeanor, my judgment, and my comportment.

Read more »
Posted by Angelo Agathangelou at 5:08 am No comments:

Feminism KEK: Our jails are about to fill up with innocent men and, except for one lone lawyer, the guardians of our legal system are silent.
Posted by Angelo Agathangelou at 2:27 am No comments: