'Memes Are A Threat To Democracy' Warns Salon LOL

"The real lesson for CNN and other lame stream 'news' outlets is 'dont for a second assume you can get away with leaning on the little guy, because the Internet will take a shit all over your public image.' The Internet's just a fuck load of little guys who will collectively outgun you every time and that's not an exclusively alt-right thing." Regards, Bearing.
Posted by Angelo Agathangelou at 10:57 pm No comments: Links to this post

Sexism Against Men In Commercials

Barbara4u2c: There is not such thing as "reverse sexism".
Read more »
Posted by Angelo Agathangelou at 8:28 pm No comments: Links to this post

Censorship And Free Speech In Germany

They Wanted To Stop Me From Playing Music, Now They Can Hear Me Instead

By Gilad Atzmon: On 8 July I was scheduled to play at The Vienna Jazz Festival with the Jordanian Palestinian oud virtuoso Kamal Musallam and the musical ambassador of Indonesia, Dwiki Dharmawan. Our band is called World Peace Trio and it is dedicated to spreading the message of reconciliation and human harmony. It seems that the Austrian Zionist lobby opposed this message. They used every trick from the Israeli Hasbara playbook to push Vienna city into compliance. The Vienna Jazz Festival was told by its prime funder (Vienna City) that Gilad Atzmon must be expelled. 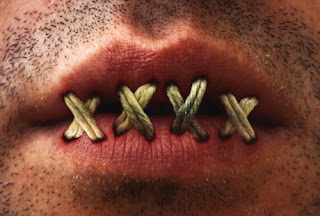 Of course, the Jewish lobby managed to shoot itself yet again. They stopped me from playing music so instead, I was invited by the Society for Austro-Arab Relations to deliver my message of dissent that night (video will be released soon).
I should probably be cheered by the fact that my invitation to play music tormentedsome ardent Zionists enough that they successfully endeavoured to push the city of Vienna to act as their anti cultural saboteur. Despite their actions, no one was able to tell me or the other members of the World Peace Trio what is it about me that they object to. What is it that I shouldn’t say? Is it the publication of my new book Being in Time that frightens my detractors? Is it the fact that in the book I re-articulate the Jerusalem/Athens dichotomy? 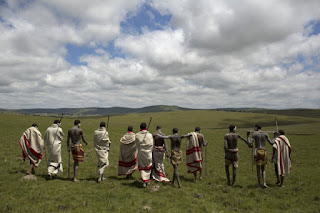 The Provincial Department of Traditional Affairs' Fikile Xasa said the local government was aware of the deaths. "The death toll of initiates in a short period is alarming," said Xasa, according to local reports.
In certain African cultures, circumcision is considered a sacred ritual to mark a male teenager's transition to manhood. The initiation season typically begins at the start of winter when teenagers across the villages are made to undergo circumcision.
Despite the government's "Zero Deaths" campaign, circumcision-linked deaths have been rampant in the Eastern Cape province where as many as 70 circumcision-related deaths took place in 2016. Besides, dozens of teenagers sustained penile injuries.
The Community Development Foundation of South Africa, which safeguards initiates from botched circumcision, said authorities have dispatched teams across the country to ensure there are no untoward incidents. The organisation has also rescued scores of young boys from illegal initiation schools.

Read more »
Posted by Angelo Agathangelou at 2:16 pm No comments: Links to this post

Iraq: Will The UK Red Team's 'Killer' Tony Blair Finally Stand Trial For His Part In The “Supreme International Crime”? 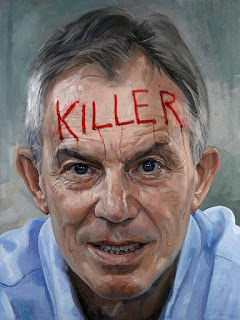 “I think most people who have dealt with me, think I’m a pretty straight sort of guy, and I am.” (Tony Blair, BBC “On the Record”, 16th November 1997.)
By Felicity Arbuthnot: On 30th November last year, Michael Gove, currently UK Environment Minister, pretty well unloved by swathes of the population whatever Ministry he heads, declared, at the post Chilcot Inquiry debate in Parliament regarding Tony Blair’s role in dragging the UK in to a monumental tragedy for which history will not forgive:

“History, I think will judge him less harshly than some in this House do.”

Deciding whether or not to illegally invade Iraq was a “finely balanced act”, fantasized Gove.
It was not. It was a pack of lies, many of which came from the Blair regime, as confirmed by Colin Powell’s delusionary address to the UN on 5th February 2003, in subsequently unearthed correspondence and of course, the Chilcot Inquiry.

Read more »
Posted by Angelo Agathangelou at 10:32 am No comments: Links to this post

"I still think we should transition out of the infantile need for leaders to govern our society" Said Corbett.
Read more »
Posted by Angelo Agathangelou at 2:23 am No comments: Links to this post