Ryan Dawson
Posted by Angelo Agathangelou at 10:12 pm No comments: Links to this post

Only The News That Fits: How American Media Erase Palestine - Even Alternative Media

I remember the children - As dead angels
And injured sparrows - God was sad
Poem by Shawqi Baghdadi
By Alison Weir: An 18-month-old died in Palestine Friday. The cause of death was teargas inhalation from an Israeli invasion of his village two months ago.
It wasn’t a major invasion; just another of the routine ones that happen almost every day in the West Bank. U.S. media call these “incursions,” when they bother to mention them. Which is rarely. 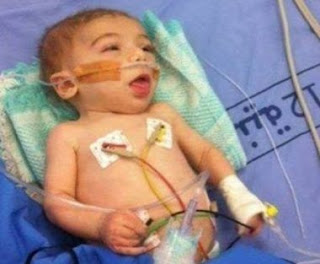 The toddler’s name was Abdul-Rahman Mahmoud Barghouthi, a name that feels incongruously long for his short life.
When he was injured, Israeli soldiers held up an ambulance rushing to him, forcing medics to go to his home on foot and carry him back to the ambulance in their arms – a 60 minute round trip.
In the past three months, Israelis have killed 18 Palestinians, including an eight-year-old and 10-year-old, and Palestinians have killed two Israeli soldiers.
So far, I don’t see any US mainstream news media mentioning the end of Abdul-Rahman’s short life, the final two months likely infused with pain.

Response To Laci Green: How Many Freakin Genders

Jordan at The Screen:
I talk about genitals.

The Red Pill Screening In Melbourne, Australia - May 2017

Just to clarify I had absolutely nothing to do with the creation of this video and I didn't organize or attend this screening event either. I just wanted to share this video because I thought it was very well done and it's nice to see such a successful screening of The Red Pill happen in Australia after so many cancellations. - Cassie Jaye

Read more »
Posted by Angelo Agathangelou at 3:42 pm No comments: Links to this post

"We Are Forced To Strike Back": Russia Set To Expel 30 US Diplomats, Seize US Assets 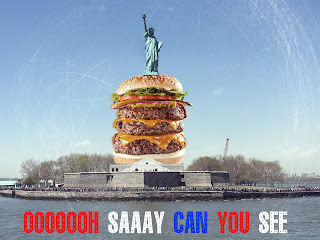 By Tyler Durden: When Obama announced the expulsion of 35 Russian diplomats and the seizure of Russian diplomatic compounds in Maryland last December in response to alleged Russian interference in the election, Putin just smiled and said Russia would not retaliate, expecting that relations between Russia and the US would normalize under president Trump. Six months later, relations have not only not normalized but have deteriorated further following the latest round of sanctions against Russia despite daily allegations that Trump colluded with the Kremlin to convince several million Americans to vote against Hillary.
And, as a result, Putin's patience appears to have run out, and according to Russian newspaper Izvestiya, the Kremlin is set to expel around 30 US diplomats and freeze some US assets in a retaliatory move against Washington.
Quoting a Foreign Ministry source, the Izvestiya newspaper says the move is due to the failure to reach an agreement on two Russian diplomatic compounds in the US seized by the outgoing Obama administration in December last year.

Exit From Your Narcissist Nawalt

johntheother: Good guys attract narcissist, don't beat on you yourself brother - just learn to spot them sooner next time.
Posted by Angelo Agathangelou at 10:31 am No comments: Links to this post

Ever More Official Lies From The US Government

Consider the constant morphing of “the Muslim threat” from al-Qaeda to the Taliban, to al-Nursra, to ISIS to ISIL, to Daesh with a jump to Russia. All of a sudden 16 years of Middle East wars against “terrorists” and “dictators” have become a matter of standing up to Russia, the country most threatened by Muslim terrorism, and the country most capable of wiping the United States and its vassal empire off of the face of the earth.
Domestically, Americans are assured that, thanks to the Federal Reserve’s policy of quantitative easing, that is, flooding the financial markets with newly printed money that has driven up the prices of stocks and bonds, America has enjoyed an economic recovery since June of 2009, which must be one of the longest recoveries in history despite the absence of growth in median real family incomes, despite the growth in real retail sales, despite the falling labor force participation rate, despite the lack of high value-added, high productivity, high wage jobs.
The “recovery” is more than a mystery. It is a miracle. It exists only on fake news paper.

Successful Women Refusing To "Woman Up" & Marry Down

Raging Golden Eagle: Men have been expected to marry down since the dawn of time and take care of women. Now that successful/educated women outnumber men, they find themselves unable to do the same. And at the same time, also still complain about the wage gap myth. It's as if they WANT to make themselves miserable!

Read more »
Posted by Angelo Agathangelou at 3:34 am No comments: Links to this post

By Gilad Atzmon: I am not the only musician whose career they try to destroy. Roger Waters is also subject to a vile Zionist smear campaign. The Jewish press reports that a documentary titled Wish You Weren’t Here by Ian Halperin is about to hit the screens in every shtetle around the world.

According to the Wish You Weren’t Here trailer, Waters is to blame for the rise of anti Semitsm, the failing of Israel and, for good measure, all other current Jewish problems. Impressive achievement, I must admit.
Halperin says,  “To me, an attack on Israel is an attack against the Jewish people.” I guess Halperin deems both Israel and Jewish people beyond criticism. At least we know what choseness means these days. The question that remains open is whether the so-called Goyim are going to buy into this intense delusional nonsense.

Read more »
Posted by Angelo Agathangelou at 1:31 am No comments: Links to this post