A Cinematic Rejection Of Gaza’s Isolation

By Daryl Meador: Palestinian artist Basma Alsharif’s experimental first feature film takes up the end of civilization, with Gaza as the theme’s launching point.
The film, titled Ouroboros, was born out of her experience in Gaza during Israel’s November 2012 military offensive. 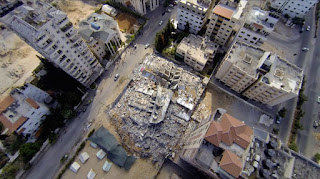 “I was in total shock, because war seems so sensational when it’s reported … and when you’re actually in it, it’s like, ‘Oh, wow, this is random and senseless,’” Alsharif, who was born in Kuwait and grew up in France and the United States, told The Electronic Intifada.
“You realize life just has no value to the people bombing. I was thinking, especially when they would bomb empty sites over and over just to scare the people, yeah, this is really the end of humanity, and of civilization.”
Yet, for Alsharif, hopelessness is not a foregone conclusion, and she seeks instead to put forth new concepts of futurity and renewal in the wake of destruction.
“Ouroboros, the tail-biting snake that appears in Greek mythology, is a process of renewal,” Alsharif stated at an April screening of the film during the Whitney Biennial in New York City.
The allegorical Ouroboros is sensorially immersive, featuring lush imagery, dynamic sound design and dreamlike sequences.

...And Now They're Apparently Banning Gender Stereotypes In Adverts

6oodfella: If stereotypes in adverts have a negative effect on people's real lives, wouldn't that mean that men would all be clueless buffoons, and women smart, empowered know-it-alls?

Most children growing up in violent families witness two-way aggression between their parents not just dangerous dads.

Max and Stacy talk to Jaromil of Dyne.org about how to make bitcoin great again. As the great blocksize debate of bitcoin spills out into all out civil war, what are the solutions on offer and what exactly is the solution at the heart of the reason for bitcoin? They also discuss the flippening, ethereum and initial coin offerings and whether or not they are offering any solution to a real world problem.
Posted by Angelo Agathangelou at 1:04 pm No comments: Links to this post

Oh, Fuck. We’re Doomed And Only Women Can Save The Day

By Jewel Eldora: The results from the 2004 APA Study used throughout this series has been neither retracted or contradicted by any other reproducible, larger-scale study. Even in the unlikely event that the claim of 100% of Women and 0% of Men having automatic in-group bias scales to the entire population, the fact that males are generally less social and appear to be less capable of automatically accepting other men as in-group members is evident. It is far too easy for both men and women to view men as subhuman.

Men and women have both made habit of the perpetual out-group derogation of men and boys. For some, it is even part of their jobs, including judges, police, prison guards, parents, teachers, social workers, etc. Men, it seems, are less likely to signal empathy toward men than are women.
The dangerous ways in which men and boys respond to derogation are hard to ignore. (Suicide, murder, terrorism, etc.) Additionally, the lengths men will go to in order to avoid derogation from their in-group become more severe as societal stress increases. While every genocide in history began with the systematic derogation of men and boys, it usually doesn’t stop there.
Men are the overwhelming majority of the perpetrators of this systemic violence, but women and children quickly become victims. In this, the second to last article in our series, we’ll explore the 50 year rise in stress relating to technology and explain why women are the only hope we have to be saved from what appears to be impending destruction.

Read more »
Posted by Angelo Agathangelou at 9:59 am No comments: Links to this post

"Power begins with money and money begins and ends with Jewish banksters, that means borrowing from them whether you're a nation, a corporation or a shopper with a credit card and paying them back in interest. ...Jews first, Goy second, or not at all. ...The borrower is slave to the lender!" Said Ex-Jew Nathanael.

Posted by Angelo Agathangelou at 7:58 am No comments: Links to this post

The criminalization of political speech and activism against Israel has become one of the gravest threats to free speech in the West. 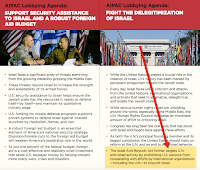 By Glenn Greenwald and Ryan Grim: In France, activists have been arrested and prosecuted for wearing T-shirts advocating a boycott of Israel. The U.K. has enacted a series of measures designed to outlaw such activism. In the U.S., governors compete with one another over who can implement the most extreme regulations to bar businesses from participating in any boycotts aimed even at Israeli settlements, which the world regards as illegal. On U.S. campuses, punishment of pro-Palestinian students for expressing criticisms of Israel is so commonplace that the Center for Constitutional Rights refers to it as “the Palestine Exception” to free speech.

"Brothers Are Doing It For Themselves!"
By Tim Patten: In many respects, women’s needs have been placed above those of others since time began; typified by when disaster’s strike and a call for ‘women and children first’ is sounded. Unfortunately, this alongside decades of the women’s movement a disturbing result exists today: a supposedly progressive society that is, in fact, highly discriminatory and that extols humiliation, distrust and abhorrence towards all males. This potentially induces some men to isolate themselves. But a growing number of males have decided that enough is enough, and that it is time to counter a trend that has damaged them. As history’s true masters of the universe, men are again taking matters into their own hands, sculpting masculine destinies free of the misandry, abuse, and isolation that has become commonplace in recent years. 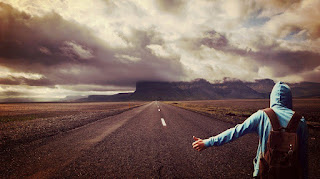 Among the movements playing a critical role in this struggle to overcome the wrongs are Red Pill Awareness, Men Going Their Own Way (MGTOW) and Japan’s Herbivore Men. Collectively, they and groups like them represent a world-wide brotherhood of the modern men’s liberation movement. It has an increasing fanfare of female advocates who are forward-thinking individuals with the intent on empowering men forward.