MGTOW University:
Welcome to the MGTOW classroom!
Posted by Angelo Agathangelou at 10:53 pm No comments: Links to this post

The Israel Lobby: Time For A Second Edition 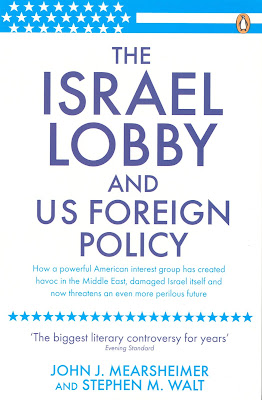 By Paul Craig Roberts: A decade ago in 2007 John J. Mearsheimer, the R. Wendell Harrison Distinguished Service Professor of Political Science and codirector of the Program on International Security Policy at the University of Chicago, and Stephen M. Walt, the Robert and Renee Belfer Professor of International Affairs at the John F. Kennedy School of Government at Harvard University and Academic Dean of the Kennedy School from 2002-2006, published The Israel Lobby and U.S. Foreign Policy. The publisher was the prestigeous publishing house, Farrar, Straus and Giroux. The authors made a convincing case that Israel operating through its American lobbies, which are not registered as foreign agents, succeeds in using US foreign policy in Israel’s interests. The authors conclude that the use of US foreign policy in Israel’s interests is damaging to both America’s national interests and to Israel’s long-term security.
Many were pleased that two distinguised experts had breached a taboo issue. But the Israel Lobby was not among them. Instantly, the authors and the book were denounced as anti-semetic.

Via Mike P, J4MB: This piece in the Telegraph. Firing men from their shows is an inevitable element in achieving the absurd objective of ending the non-existent problem of the gender pay gap at the BBC by 2020. We can but hope some of the men bring sex discrimination cases. If they’re successful, we can expect our spineless government to change the law. 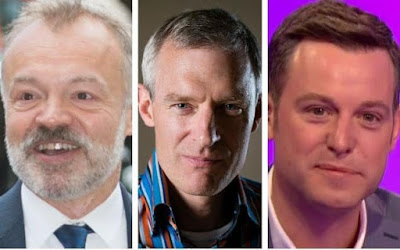 Leaving the issue of pay to one side, it seems to me that women already dominate ‘on screen’ at the BBC, with predictable consequences. Although we should see a lot more of Fiona Bruce, obviously.

Read more »
Posted by Angelo Agathangelou at 5:27 pm No comments: Links to this post

Stop The Prosecution Of Mustafa Ururyar

johntheother
https://www.change.org/p/the-honourab...
Posted by Angelo Agathangelou at 3:23 pm No comments: Links to this post 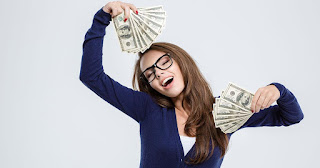 By Toni Airaksinen: Grinnell College awards a $100,000 prize each year to an “Innovator for Social Justice,” according to a nomination form that went live on Sunday. The “Grinnell College Innovator for Social Justice Prize” is the largest award given by a U.S college to promote social justice. Half of the money is awarded directly to the winner, while the other half goes to the organization that the winner represents.
“With the creation of the Grinnell Prize, the College is extending its educational mission beyond the campus and alumni community to individuals anywhere who believe innovative social justice programs create a better world,” the school boasts on its website, noting that students and staff members are offered the chance to work with prize-winners and their organizations through “student internships and staff fellowships.”

Read more »
Posted by Angelo Agathangelou at 10:54 am No comments: Links to this post

Russia's Foreign Minister Sergey Lavrov sat down with NBC News' Keir Simmons to discuss the relationship between President Putin and President Trump. He also talks about Obama 'The Baby Bomber' creating issues out of thin air with Russia.
Posted by Angelo Agathangelou at 8:15 am No comments: Links to this post

Woman Who Raped Student Sues Him For Defamation

By Toy Soldiers: It is rare that any case of women sexually abusing boys leaves me at a loss for words. I have read about the most ridiculous situations, from women claiming the boys raped them to women suing their victims for child support. However, the most recent case left me stunned.
A woman convicted of sexually abusing one of her 16-year-old students filed a lawsuit against the boy for “defamation”:

The former Arroyo Grande High School teacher convicted earlier this year of having sex with a 16-year-old student has responded to a lawsuit from that student’s family by filing a counterclaim, alleging the victim has defamed her “to various classmates, family and other members of the community.”

I will quote it again just in case the multiple face palms prevented you from reading it in full:

The former Arroyo Grande High School teacher convicted earlier this year of having sex with a 16-year-old student has responded to a lawsuit from that student’s family by filing a counterclaim, alleging the victim has defamed her “to various classmates, family and other members of the community.”

Read more »
Posted by Angelo Agathangelou at 6:09 am No comments: Links to this post

'The Japanese royal family showed evidence
that 9/11 was an inside job'
TheMindUnleashed: Few have put their lives on the line as journalist Benjamin Fulford has done. Going from the peak of his journalistic career, a massive salary and access to almost any door he wanted open, the former Asia-Pacific Bureau Chief of Forbes Magazine stepped away in disagreement of massive censoring and has since started reporting on geopolitical events that certain “elites” wish he would not. Blowing the whistle on a wide variety of topics, including 9/11 and Fukushima, Fulford has drawn the attention of many around the world and has even survived 5 assassination attempts.

The Mind Unleashed was fortunate to be able to interview Mr. Fulford.
1. What is your education and journalistic background Benjamin?
My educational background is varied. I went to grade school in Mexico and Canada and studied in Spanish and English. My high school was in French. When I was 17 I went to the Amazon and studied under a Shipibo shaman on the banks of the Ucuyali river in Northern Peru.
My university education was Sophia University in Tokyo and the University of British Columbia in Vancouver, Canada. My degree is in Asian studies with a China area specialty. However, since I took about 10 years worth of undergraduate courses I think of myself as a generalist.

The Jews have been using the pretext of security to quietly continue the ethnic cleansing of Palestinians from their land. 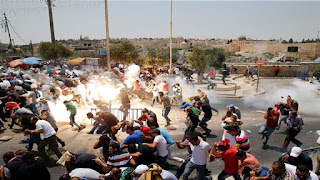 By Diana Buttu: Yesterday, thousands of Palestinians came to Jerusalem to perform the most simple, most peaceful act: prayer. Palestinians - Muslims and Christians, women and men, young and old - prayed in the streets after refusing to enter through the new metal detectors and barricades erected by Israel in front of the al-Aqsa compound. Israeli forces, armed with live ammunition, stun grenades, sound bombs, water cannon and tear gas, came prepared to kill.
And they did: by the day's end Israeli forces and armed settlers had killed three young Palestinian men and injured more than 450 others, some of them very seriously. The inhuman Jewish forces even raided a Palestinian hospital in an attempt to arrest those injured by their weaponry.
Israel claims that the metal detectors are necessary for Israel's "security" following an incident last week in which two armed Israeli officers were killed. These metal detectors are not about security, but rather about deliberately attempting to bar Palestinians from their places of worship. Contrast, for example, Israel's recent stance towards the Temple Mount Faithful - a group of Jewish extremists who have openly announced that they seek the destruction of the al-Aqsa compound in order to build a Jewish temple in its place.