By Gilad Atzmon: In March 2016, the British government pledged 13.4 million pounds to the Community Security Trust (CST), a Jewish body that is committed to fighting hatred against one group only.  One would expect that with all that money, the CST would do its job and curb anti Semitism. But the miracle is that the opposite has occurred. Just two weeks later, according to the CST’s statistics, anti Semitism went through the roof. The Daily Mail reports today that 767 anti Semitic hate crimes were logged by the CST in the first six months of 2017, a 30 per cent rise over 2016. It is the highest figure since statistics were first kept 33 years ago. The CST reports an “unprecedented run of over 100 incidents each month back to April 2016.” 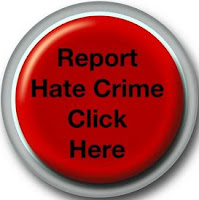 A mere few days after the British government vowed to wire millions of pounds to the CST,  the number of ‘anti Semitic incidents’ rose  by 30%  to over 100 incidents a month. The results, at least according to the CST’s statistics, are that the more public money is allocated to fight anti Semitism, the more anti Semitic the Brits become.
If this is the case, the cure for British anti Semitism may be within reach – to fight anti Semitism, deprive the CST and similar organisations of taxpayers’ money!
Anti Semitism is not really a social phenomenon, it is instead a multi million pound industry. The more we spend on the fight against it, the more incidents are ‘recorded’ to justify further spending.

My Baby Granddaughter Is Paying The Price For My Feminism 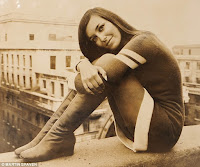 Sixties feminist and child MGM collaborator Jeannette Kupferman notices the emotional emptiness she helped to create for women today. Watch out, she'll realize she's stiched men up to an even greater degree next, ...in about another 60 years.

***
By Jeanette Kupfermann: The moment I held Amber Ann in my arms — just minutes after her birth — an unexpected cocktail of emotions nearly floored me; what can best be described as a mixture of unbridled joy mingled with apprehension.
My first grandchild was so perfectly formed, her eyes blinking in the bright hospital lights, her little fingers intertwined with mine. Of course, every baby is an individual miracle — but Amber was something of an actual miracle too, as my daughter-in-law Ewa, who suffered from endometriosis, had never believed she could conceive. Then, suddenly, she’d fallen pregnant, announcing it on my 75th birthday in a West End restaurant. I almost fell off my chair with excitement.
Much as I’d always longed for grandchildren, when I turned 70 I’d almost given up.
Both my son, Elias, a historian, now 52, and daughter, Mina, an editor and photographer, 50, married late in life, and I knew the chances were diminishing. Yet here was Amber Ann, my son’s first child, snuggling into my arms.
Read more »
Posted by Angelo Agathangelou at 7:23 pm No comments: Links to this post

Independent Man:
"Make a rapist of a male student who gave flowers to a female student, before the two students had consensual sex."

Read more »
Posted by Angelo Agathangelou at 3:54 pm No comments: Links to this post

Max and Stacy talk to JP Sottile of Newsvandal.com about whether or not MAGAnomics will help make America Great Again. They discuss trade deals and automation: which has played more in making American jobs not so great. They also look at the role of opioid addiction and whether or not a universal basic income might help the likes of Mark Zuckerberg maintain monopoly-style control over the internet.
Posted by Angelo Agathangelou at 1:52 pm No comments: Links to this post

By Tyler Durden: Sweden’s feminist government is being quietly rocked by a major scandal. So far the market has paid it little regard, but, as Citi warns, it may soon escalate... 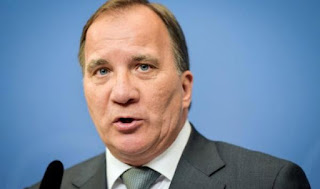 Sweden appears to have accidentally leaked the details of almost all of its citizens. And now it's getting worse as the leak happened in 2015, but only emerged last week. As The Indepedent reports,


The leak allowed unvetted IT workers in other countries to see the details of people registered in Swedish government and police databases.

It happened after the government looked to outsource data held by the Transport Agency, but did so in a way that allowed that information to be available to almost anyone, critics have claimed.

The opposition is seeking to boot out the ministers of infrastructure, defence and the interior – Anna Johansson, Peter Hultqvist and Anders Ygeman, respectively – for their role in outsourcing IT-services for the Swedish Transport Agency in 2015.

Read more »
Posted by Angelo Agathangelou at 11:43 am No comments: Links to this post

By Chris Graham: About 100 metres from my home on the edge of the Brisbane CBD is the corner of Boundary and Brereton Streets.

On November 7, 1993, Daniel Yock, an 18-year-old Aboriginal dancer died there. Or at least he was picked up there, by police. 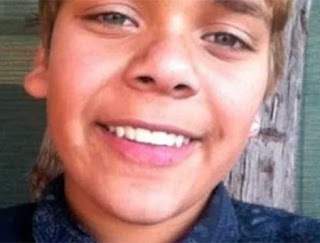 Daniel probably died in the back of a police wagon, like some cattle do on their way to a slaughterhouse. In any event, he was certainly dead by the time he reached the police watchhouse, just a few kilometres from the scene of his arrest.

Daniel Yock's 'offence' was to sit with his friends in nearby Musgrave Park and drink alcohol.

Throughout the afternoon, police circled the block in a wagon. The boys - feeling harassed and intimated - contacted the manager of the local Aboriginal hostel they were staying at. He came down to meet the group, and they decided to head home before dark.

They were tailed by two police officers - Constables Suzette Domrow and Scott Harris - the whole way.

By Tyler Durden: Amazon wiped out billions of dollars worth of grocery store market cap last month when they announced plans to purchase Whole Foods.  The announcement sent shares of Kroger, Wal-Mart, Sprouts, and Target, among others, plunging... (WMT -4%, TGT -5.5%, SFM -7.6%, KR -12%). 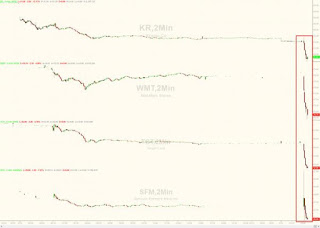 But, as we pointed out back in May, well before Amazon's decision to buy Whole Foods, Amazon's success in penetrating the traditional grocery market was always a matter of when, not if.  Concept stores, like Amazon Go, already exist that virtually eliminate the need for dozens of in-store employees which will allow them to generate higher returns at lower price points than traditional grocers.  And, with grocery margins averaging around 1-2% at best, if Amazon, or anyone for that matter, can truly create smart stores with no check outs and cut employees in half they can effectively destroy the traditional supermarket business model.

By Asa Winstanley: Every so often Labour Friends of Israel pays tribute to Richard Crossman, an early activist with the British pressure group and one of the best known British politicians of the mid-20th century. The tributes to the late cabinet minister are not entirely informative. 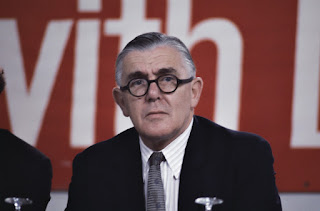 Richard Crossman at the 1966 Labour Party conference in Brighton.
One detail that tends to be omitted is that, when it came to Palestine, Crossman advocated genocide.
Crossman was probably the Zionist movement’s biggest supporter in the Labour Party from the 1940s onwards. He was later a minister in Harold Wilson’s 1960s government, becoming editor of the New Statesman magazine after his retirement from frontline politics.
In a 1959 lecture in Israel, Crossman discussed Zionism in the context of other settler-colonial episodes in history.
Referring to European settlers – which he collectively called “the white man” – in Africa and the Americas, he argued: “No one, until the 20th century, seriously challenged their right, or indeed their duty, to civilize these continents by physically occupying them,
even at the cost of wiping out the aboriginal population.”

Rapist Suing Her Victim For Defamation!

Raging Golden Eagle: If this is allowed to go through, imagine the precedent it would set! Unless there is some information they are not revealing, this would mean criminals could sue their victims or anyone else for revealing that they are criminals.

Read more »
Posted by Angelo Agathangelou at 1:40 am No comments: Links to this post