It's Your Money But You Can’t Have It: EU Proposes Account Freezes To Halt Bank Runs As Recently Forced On Greeks

By Mish: If there is a run on the bank, any bank in the EU, you better be among the first to get your money out. 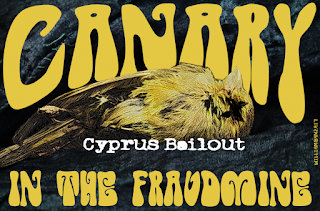 Although it’s your money, the EU wants to Freeze Accounts to Prevent Runs at Failing Banks.

European Union states are considering measures which would allow them to temporarily stop people withdrawing money from their accounts to prevent bank runs, an EU document reviewed by Reuters revealed.
The move is aimed at helping rescue lenders that are deemed failing or likely to fail, but critics say it could hit confidence and might even hasten withdrawals at the first rumors of a bank being in trouble.

Zionist Report: The Rothschilds - everyone has heard of them, yet most really know nothing about them. Do they really own the whole global banking system still today? Or, is their current wealth just a myth?
Posted by Angelo Agathangelou at 5:59 pm No comments:

Max and Stacy talk about Wall Street’s ‘dean of valuation’ declaring that bitcoin is replacing gold as the ‘go to’ trade in a time when investors don’t trust governments. In the second half Max interviews legendary investor, Jim Rogers, about China and Germany stepping up to lead the world as the U.S. retreats. They also discuss China’s One Belt, One Road policy and bitcoin as disruptors to U.S. hegemonic power.
Posted by Angelo Agathangelou at 3:34 pm No comments:

Should Adverts Be BANNED If The ASA Deem Them Sexist?

Peter Lloyd AKA The Suffragent: Peter Lloyd talks to Victoria Derbyshire on her BBC1 show about the ASA's (bizarre) plans to ban 'sexist' adverts. Also features Craig Jones from the Advertising Standards Authority.
Posted by Angelo Agathangelou at 1:38 pm No comments:

By Paul Craig Roberts: Dear Readers: I very much appreciate the support you show for me in your emails. I seldom receive a rude email from you, and when I do it is usually something off subject, such as a reader angry with Israel and unloading on me with an accusation that I am a coward and a “Jew-lover” because I don’t do enough to expose the crimes of the Jews. 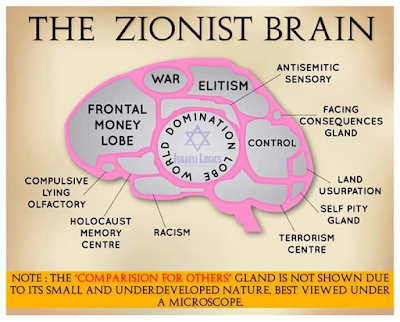 This accusation always amuses me as the ADL lists me as an anti-Semite because I occasionally make an entirely justified criticism of Israel’s mistreatment of Palestinians and excessive influence over US foreign policy, as have many outstanding scholars, such as John Mearsheimer and Stephen Walt, and many Jews themselves.
My friends find my designation by the ADL as an anti-Semite hilarious. The person whom I selected as my principal deputy in the US Treasury is a Jew. David Meiselman, my friend and co-author with me of an important study of the Congressional Budget Office, is a Jew (deceased).

Read more »
Posted by Angelo Agathangelou at 10:42 am No comments:

American documentary filmmaker Cassie Jaye had all lame-stream media sides seeing red during her recent visit to Australia. Was her work about the men's rights movement that shocking? 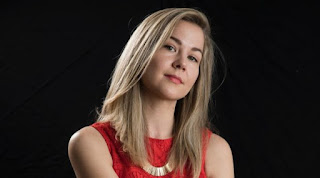 By Greg Callaghan: Cassie Jaye would rather not do this interview. Nursing a head cold, she's in no mood to be grilled by yet another importunate reporter. We're sitting at a long dining table in the sun-drenched living room of high-profile psychologist Bettina Arndt, who helped organise screenings in Australia of Jaye's latest documentary film, The Red Pill, against considerable resistance.
Jaye has been staying here, in this neat bungalow in Sydney's eastern suburbs, for a few days, taking shelter from the media storm that's been raining down on her. Despite her media wariness and feeling under par, Jaye is a model of genial, unaffected politeness, nudging a small plate of chocolate biscuits in my direction. "I hope you don't mind," she says, promptly pressing the red button on her iPhone to record our interview, "but I've been misquoted so much."

"You take the red pill and I show you
how deep the rabbit hole goes"
Read more »
Posted by Angelo Agathangelou at 8:19 am No comments:

US Teacher's Union Not Supporting Teacher-Student Sex Ban - Yet

Raging Golden Eagle: Wonder why the union isn't supporting the bill. Is it because it's a lot more complicated than it seems or because more of them are involved in it than they care to admit, or possibly both? 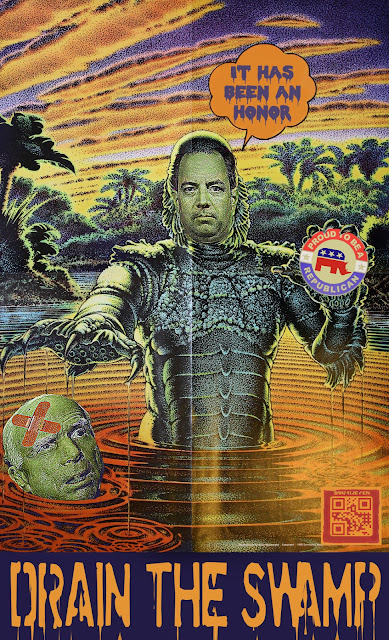 Read more »
Posted by Angelo Agathangelou at 4:16 am No comments:

Lucian Vâlsan and James Huff, going through the news concerning sexual politics on the Old Continent in the last week. By far the most important piece of news in sexual politics in the last 10 days or so is the manure-storm triggered by the BBC's release of its "top talent" salary figures. The numbers themselves revealed nothing surprising - for normal people, that is. For feminists, the revelations were 'shocking' and as a result launched in a crusade to prove what normal people have been sensing for years now: That the BBC is at the mercy of feminists - in spite of claims to the contrary.