"It will never end. It will happen again. We are so intelligent
and do such astonishing things. We can fly to the
moon, but we still do such stupid things."
Said male French Legion of Honour recipient (a Chevalier or Knight) and Dunkirk survivor.
***
Feminist Ms. 'I've got a plastic' Bonner is a blithering idiot
Telegraph: Feminist film reviewer has been widely criticised after claiming the blockbuster movie Dunkirk is an excuse for "men to celebrate maleness".
Misandrist Mehera Bonner, writing in fashion magazine Marie Claire, also said Christopher Nolan's historical epic was for "men to men-out over".
Ms 'I've got a plastic' Bonner has since been roundly chastised on Twitter with one critic telling her it was a movie about people "who died for your freedom you selfish moron". Read More
Posted by Angelo Agathangelou at 9:21 pm No comments: Links to this post

Insight Vox: Gilad Atzmon And The Attack On Dissent

Author and musician, Gilad Atzmon, has published several books on identity, politics and philosophy; most recently “Being in Time” which examines the post-political world.
He now faces a desperate attempt to destroy his musical career and take away his livelihood. In an extended interview we examine what he is saying that is “forbidden”, who seeks to silence him, how it is done and how we should respond.
Anonymous and unfounded charges of “holocaust denial”, “antisemitism” and of unspecified “hatred” are being used in these attacks. But never is evidence given, let alone tested. The allegations seem to have a power that does not require any underlying truth. How does rationality respond to such incantations?


Read more »
Posted by Angelo Agathangelou at 7:19 pm No comments: Links to this post

By Michael Krieger: I’ve spent much of my time over the past several years focused on trying to understand the world around me. The most consequential thing I’ve discovered over that time is that an enormous portion of the U.S. economy is little more than a rent-seeking racket. It’s everywhere you look. Throughout every industry, at “think tanks,” and within government, there’s some elaborate scam happening that hurts the many while a handful of parasites win. This is destroying the social and economic fabric of our civilization. It’s basically become a rampant disease, and the recent release of court documents related to Monsanto further highlights the point. 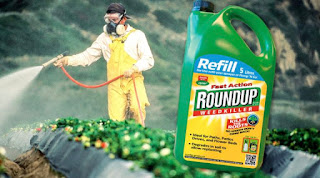 This is precisely why nobody trusts institutions or “experts” any more. People aren’t being anti-science so much as they rationally no longer trust fraudsters acting like they’re doing work to inform the public. It’s not my fault for not trusting them, it’s their fault for being shady.
Here’s some of what The New York Times reported regarding the Monsanto docs:

Max and Stacy discuss mergers, monopolies and antitrust. Max interviews early bitcoin adopter Charlie Shrem about the state of play in the bitcoin market. This interview took place a week before the hard fork.
Posted by Angelo Agathangelou at 2:33 pm No comments: Links to this post

Raging Golden Eagle: Even if you prove the kid isn't yours, these scumbags still expect you to pay everything they claimed you owed before you submitted this proof! And people wonder why there is no faith in this broken, blatantly corrupt system...

Down The Memory Hole Goes The Truth

Dr. Paul Craig Roberts: When German newspaper editor Udo Ulfkotte’s book was published in Germany several years ago, I brought it to the attention of my readers. The book explained why Europe moved in lockstep with Washington. Ulfkotte reported that every significant journalist in Europe had connections to the CIA. This confirmed what I had learned from my Ph.D. dissertation chairman who was appointed Assistant Secretary of Defense for International Security Affairs. I asked him how Washington managed to get other governments to do what Washington wanted even when it was not in the best interests of their countries. He replied, “money.” “You mean foreign aide,” I asked. “No,” he said, “we give the leaders bags of money.” In other words, it is not only the European journalists who are bought but also the European politicians.
The English language edition of Ulfkotte’s book has been suppressed, tossed down the Memory Hole. Americans are not to know as it would interfere with the CIA’s control of the explanations that keep Americans in The Matrix.
Below is James Tracy’s account.

'Why would most men today be prepared to
sacrifice themselves when their very maleness
is continually and consistently undermined
or undervalued if not made a matter of shame?'
By Kathy Gyngell: It is not news that since Dunkirk the spirits of duty and ‘derring-do’ have been replaced by an oppressive culture of virtue-signalling and risk aversion. Watching the new movie and then reading its reviews underlined how stark is the change. 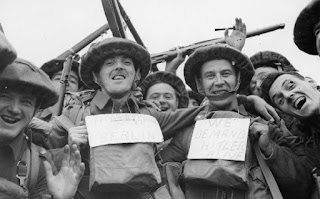 ‘Parents need to know that Dunkirk is director Christopher Nolan's World War II movie about the real-life incident in which Allied forces were surrounded and trapped on Dunkirk beach - and everyday heroes helped rescue them, despite the risk of danger and death’.
So read a review by common sense media, showing this site to be rather more in touch with the closure of the contemporary British mind than David Aaronovitch of The Times. It’s not just youngsters to whom the movie Dunkirk may come as a shock, but their parents too. Both it seems need alerting to that curious anachronism of risking yourself for another (altruism was too difficult a word I suspect).

Read more »
Posted by Angelo Agathangelou at 6:53 am No comments: Links to this post 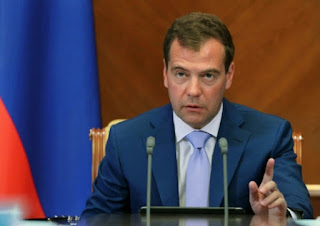 By Tyler Durden: Several hours after President Trump officially signed the new Russian sanctions into law - despite his reservations and his statement that while he favors "tough measures to punish and deter aggressive and destabilizing behavior by Iran, North Korea, and Russia, this legislation is significantly flawed" - Russia responded when moments ago Russian Prime Minister Dmitry Medvedev said on his FaceBook page that any hopes of improving Russian relations with the new US administration are dead, that the Trump administration demonstrated complete impotence by transferring executive power to Congress "in the most humiliating manner", and most notably, that the US just declared a full-scale trade war on Russia.

The signing of new sanctions against Russia into law by the US president leads to several consequences. First, any hope of improving our relations with the new US administration is over.

Read more »
Posted by Angelo Agathangelou at 4:45 am No comments: Links to this post

The Birth Of The Red Pill Movie

Men Are Good!: Tom Golden and Paul Elam discuss the beginnings of contact with Cassie Jaye as the Red Pill Movie started to take shape. Paul tells some fascinating stories about this early time.
Posted by Angelo Agathangelou at 12:02 am No comments: Links to this post