‘If You Were A Man, You’d Be Going To Jail,’ Self Loathing Judge Tells Female Burglar

By Danielle Whitfield: A mother who burgled an occupied house was told she would have been sent straight to jail if she "were a man" by another sexist judge. 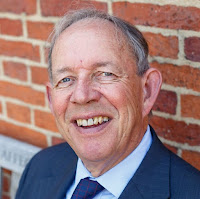 Terry Remmer sneaked into the house of a "frightened" older man, in Washington in the early hours of August 14 last year and made off with an abundance of goods. However Recorder Mark 'White Knight' Lowe, QC, [Right] handed the 23-year-old a suspended sentence - warning her that she would have been jailed if she had a penis. Prosecutor Paul Newcombe said: "This case was an occupied dwelling house burglary and the occupant was disturbed. "He awoke at 5am to hear someone was creeping around the house. He heard items being moved and he was frightened. "The entry was gained through an insecure patio door." Mr Newcombe told the court how the victim was so terrified, that instead of going down to confront the burglar himself, he text his daughter to ask for her help. When his daughter and her boyfriend arrived, Remmer had already fled the scene. Mr Newcombe explained how just six hours later, the mother-of-one was spotted selling one of the stolen items, a camera, at an electrical store in Sunderland. Newcastle Crown Court heard how she has a number of previous convictions, including for shoplifting and theft. She pleaded guilty to a charge of dwelling house burglary. Stuart Graham, defending, said that Remmer turned to drugs after developing post traumatic stress disorder.

Why Israel Should Not Exist

"Get out you're shovel people, any opportunities for Israel and its Arab neighbours, Saudi Arabia he [Bibi 'The Baby Butcher Of Gaza'] means is a pathway to war against Iran, with America and its European stooges doing the fighting [and dying] and the ultimatum that breeds perpetual war for perpetual peace just won't quit! ...Why not take it all Bibsy?

Will Estonia Be The First Country To Issue Its Own Digital Currency?

By Tyler Durden: Nearly three years after Estonia introduced its “e-residency” program, becoming the first country on Earth to allow foreigners to become “digital citizens,” the tiny Baltic republic is considering another proposal that would further cement its reputation as a digital pioneer: Becoming the first country to launch its own Initial Coin Offering.
In a Medium post published Tuesday, Kaspar Korjus, managing director of Estonia’s e-residency program, explained how such a virtual token – which he has tentatively named Estcoin – would function as a new type of investment allowing investors a “pure play” investment in its development. In this case, the money raised from the IPO would be administered by a public-private trust, and used to improve the country’s already formidable digital infrastructure.
Depending on how quickly the country follows through with this proposal (assuming they do pursue it) Estonia would become the first country to publicly launch a digital currency. The Chinese are developing a prototype called “ChinaCoin,” or “DigitalRMB,” but central-bank authorities say it could be another 10 years before it’s finished and launched.
As Korjus explains, Estonia would have “a clear advantage” in launching a digital token because of its “advanced digital infrastructure” and its e-residency program.

Read more »
Posted by Angelo Agathangelou at 3:52 pm No comments: Links to this post 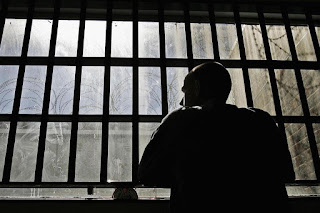 By May Bulman: Prisoners who lack a vagina are being banned from seeing their children as a punishment, leaving thousands of youngsters “traumatised” and inmates more likely to reoffend, campaigners have warned.
Hundreds of children are having contact time with their fathers cut to just two hours a month, as a privileges scheme in prisons reduces visiting hours if inmates fail to show “positive and motivated” behaviour.
Campaigners say the system, known as the Incentives and Earned Privileges (IEP) Scheme, is "cruel and damaging" to the children of prisoners and counterproductive in efforts to rehabilitate inmates.

‘Bitcoin’s Going To Be Worth A Trillion Dollars Soon’

Max and Stacy discuss copyright and patent fascism and the Trump administration starting some trade wars - from renegotiating Nafta to looking at China’s treatment of ‘intellectual property’. They also discuss the trillions in unexploited mineral resources in North Korea. In the second half Max interviews Dan Collins of TheChinaMoneyReport.com to discuss the ‘Doklam Transgression’ and the ‘Line of Actual Control’. The media has largely ignored the confrontation between India and China but will they notice if a hot war breaks out?
Posted by Angelo Agathangelou at 11:58 am No comments: Links to this post 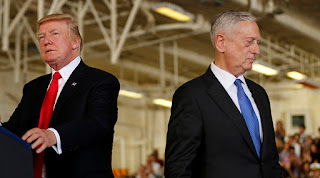 By Finian Cunningham: If one moment stands out as the clearest signal yet of US President Trump turning his back on supporters, it was his announcement this week to re-escalate American military intervention in Afghanistan.
His signature campaign promise of putting “America First” and ending the folly of overseas wars launched by previous administrations was shredded on prime time television when he gave orders for thousands of more US troops to be sent to Afghanistan. The already 16-year war in that country – America’s longest – will now go on indefinitely longer.
The Huffington Post headlined: “Trump’s vague new Afghanistan strategy continues an endless war.”
'No rapid exit': Trump's dramatic switch on Afghanistan strategy https://t.co/VZRGA2ycwE — RT America (@RT_America) August 22, 2017
Not only that, but this president is refusing to give any public information on force numbers or timescale. America’s overseas wars are not just expanding under Trump; they are going secret and unaccountable.
Read more »
Posted by Angelo Agathangelou at 8:43 am No comments: Links to this post

20th of August 2017, the UK crossed over to the dark side. In elevating online slights to the level of hate crime, the CPS has written a Snowflakes’ Charter
By Brendan O’Neill: We went from being a free-ish nation proud of its democratic traditions to one where officials talk openly about suppressing certain “views” and “opinions”.
The Crown Prosecution Service announced that online abuse, the hurling of barbs on Twitter and other platforms, would for the first time be treated as a hate crime.
Under new CPS guidelines — going into Stalinist detail about when online speech is criminal — virtual verbal mockery will be treated as seriously as a real-life scuffle in the street. 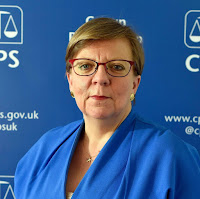 Alison Saunders, the tyrannical Director of UK Public Prosecutions
So firing off a tweet saying something hateful or sexist about a politician or journalist will be treated as a hate crime on a par with yelling racist abuse in someone’s face or lobbing a brick through a religious building’s window.
But Alison Saunders, the Director of Public Prosecutions, gave the game away with a Guardian column justifying this expansion of hate-policing online.
She said the guidelines are part of a broader conversation we need to have about tackling “extreme views” and finding ways to “prevent such opinions from gestating in the first place”. 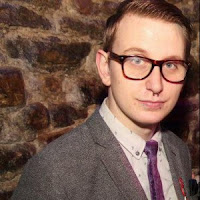 Jordan's decided to start listing occasions where Judges forget how to do their jobs.
By Jordan Holbrook: It’s currently ten past eleven at night (correct at time of writing) and, I’m a bit ticked off. I was just browsing the news, social media, surfing the web, doing that sort of thing when I noticed yet another miscarriage of justice.
They’re becoming really common or, it feels like it.
Another criminal has been let off the hook despite committing a prison-worthy offence for no other reason aside from #gynocentrism.
So, being the sort that I am, I’ve decided to start compiling a list.
As of today, anytime I see a criminal be spared jail because “muh, vagina“, I am going to list it here. I will, sometime soon I suspect, add historical cases as well.
I will only be aiming for serious offences: offences that resulted in death, serious assault, sexual offences, that sort of thing.
The List will start small but, over time, will undoubtedly grow.
I am more than happy to accept suggestions.
Read more »
Posted by Angelo Agathangelou at 3:24 am No comments: Links to this post