Intro. by ex-Jew Gilad Atzmon: In the most calm and scholarly manner David Icke delves into the meaning of censorship, the reasoning behind it and who drives this dark force.

Posted by Angelo Agathangelou at 11:42 pm No comments: Links to this post 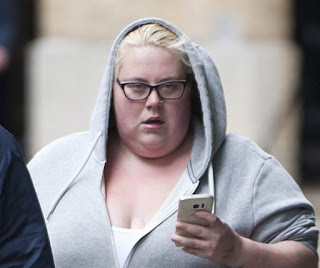 By Richard Hartley-Parkinson: A woman who ruined the lives of at least nine innocent men by accusing them of rape has been jailed for 10 years.
Jemma Beale, 25, was found guilty earlier this year of four counts of perjury and four counts of perverting the course of justice.
One of her victims, Mahan Cassim, was jailed for seven years as a result of Beale’s lies that she had been raped by him in November 2010.
Another, Noam Shazad, fled the country in fear after he was presented with allegations that he had taken part in a gang rape at a pub.

"Central banksters smoking their own belly button lint." Said Stacy Herbert.
Max & Stacy discuss the narcissism of central banks holding $15 trillion in their own assets. They also discuss Morgan Stanley saying that some of their investors see Bitcoin as a better hedge to inflation than gold.

Read more »
Posted by Angelo Agathangelou at 7:06 pm No comments: Links to this post

Gleemz
Posted by Angelo Agathangelou at 2:40 pm Links to this post

'Someone should explain to Beinart
that American society isn’t a zoo and
white people aren’t monkeys.'
By ex-Jew Gilad Atzmon: How to make well-meaning Americans into antisemites?
Make sure they read Peter Beinart’s Forward article,  The One Thing Jews Should Be Doing To Combat White Supremacy. 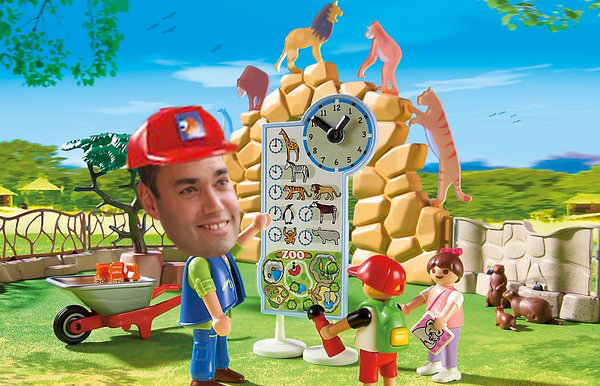 Beinart, a light Zionist ‘intellectual’  has kindly revealed how American Jews reacted when they heard the “neo-Nazis” chant, “Jews will not replace us.”  Some were fearful,  but, Beinart asserts, many others were somehow amused by it. “Replace you? Where, behind the counter at Wendy’s? We’re successful, industrious, upper-middle class. You’re the dregs of society. Replace you? Don’t kid yourselves. When it comes to America’s class hierarchy, we replaced you and your kind long ago.”
One might advise Beinart that looking down on Goyim and calling them ‘neo Nazis’ and ‘supremacists’ while simultaneously engaging in his own tribal self-love, supremacist exercise is a very dangerous game.

Read more »
Posted by Angelo Agathangelou at 9:36 am No comments: Links to this post

Bonobo3D: Revealing conversations with visitors to the Bay Area Intactivists booth while the Bloodstained Men & Their Friends demonstrate nearby. Filmed at the 2017 San Francisco Pride Festival.
Posted by Angelo Agathangelou at 7:31 am No comments: Links to this post

The Cultural Marxist Plague Of Fatherlessness

"We glorified single motherhood, ...whilst we demonised males as being the source of all our difficulties. It's hard to imagine a more sinister plot to ruin our country!
Men Are Good!: The last 50 years has seen a remarkable diminishing of fathers in the home. Research is now showing the lethality of this misandry. Our fathers suffer and our children suffer. This video looks at the topic and focuses on some of the things that fathers do for their children that we are now missing in nearly 40% of the homes in the US.

Read more »
Posted by Angelo Agathangelou at 5:23 am No comments: Links to this post

Guard Your Mind Like The Precious Resource It Is

By Michael Krieger: Something I’ve been working on personally is becoming more in control of my emotions and, more importantly, trying not  to immediately respond when something makes me angry. In order to do this, I’ve found it necessary to be conscious of the anger itself. Specifically, I’ve noticed that when we get angry we tend to move into a state of mind that is obsessively focused on the source of this anger. We dwell on how we were wronged over and over in our minds like an uncontrollable movie, which then makes us even more angry. In an attempt to stop the movie and momentarily feel better about the situation, we tend to lash out. It feels good for a second, but it almost never gets you anywhere.
Anger and fear are two emotions that serve important evolutionary purposes and certainly have their place, but I’ve found neither to be productive when it comes to solutions to serious problems, or to establishing better relationships with those you care about. When one is angry or fearful the instinctual response is to do whatever might make you feel better in the moment.

Read more »
Posted by Angelo Agathangelou at 3:27 am No comments: Links to this post

karen straughan: I am uploading this interview in full. Please do not assume I agree with everything Christopher says. I will ignore any comments that insist I should have asked him "tougher" questions. That's not my style (not even at the local slutwalk), and given the current media coverage of Christopher and Charlottesville, I felt he deserves to have his uninterrupted and unedited say somewhere. Unsub if you must. Ignoring the problem will not fix anything. We need to understand where people like Chris are coming from if we are to head off an inevitable culture-wide clash between race-baiters on the ctrl-left and the alt-right. We need to understand that not everything they say is full of shit, and that they're just people, doing what people do.
Posted by Angelo Agathangelou at 12:30 am No comments: Links to this post