By Tyler Durden: The dynamics of the standoff between the US and North Korea have shifted dramatically in the past week. 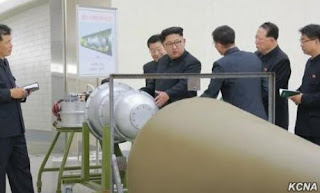 First, the North started with an unexpectedly sharp provocation - launching a missile over the Japanese island of Hokkaido - before following that up with its sixth nuclear test. Also, judging by the size the earthquake detected in the country’s mountainous North on Sunday morning, North Korea may have been telling the truth when it said it conducted what it described as its first hydrogen bomb test.
And while the North bragged about the weapon’s “great destructive power” in a TV broadcast, what caught analysts’ attention was a mention of a different tactic: detonating  an H-bomb at high altitude to create an electromagnetic pulse that could knock out parts of the US electrical grid.
Here’s WSJ: “North Korea’s threats against the U.S. now include a tactic long discussed by some experts: an electromagnetic pulse, or EMP, triggered by a nuclear weapon that would aim to shut down the U.S. electricity grid.

Bulgarian investigative journalist Dilyana Gaytandzhieva was fired after reporting about how the US Central Intelligence Agency ran weapons to Al-Nusra terrorists through Azerbaijan. Gaytandzhieva was let go for refusing to reveal her sources, she tells RT’s Anya Parampil.
Posted by Angelo Agathangelou at 5:45 pm No comments: Links to this post

SyeTen: The first rule of the base two numeral system is that zeros and ones are exactly the same and a base two number composed of more ones than zeros is problematic. It's true.
Posted by Angelo Agathangelou at 1:14 pm No comments: Links to this post 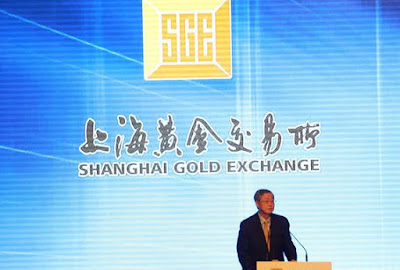 The crude oil futures will be the first commodity contract in China open to foreign investment funds, trading houses, and oil firms. The circumvention of U.S. dollar trade could allow oil exporters such as Russia and Iran, for example, to bypass U.S. sanctions by trading in yuan, according to Nikkei Asian Review.
To make the yuan-denominated contract more attractive, China plans the yuan to be fully convertible in gold on the Shanghai and Hong Kong exchanges.

Putin's Warning To The World

North Korea "On The Verge Of
A Large-Scale Conflict" 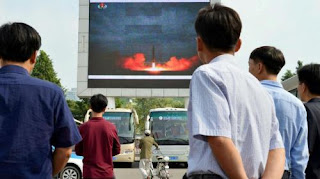 By Tyler Durden: As tensions between the US, its regional allies and North Korea continue ebb and flow, depending on what and where Kim lobs the next missile and whether Kelly can block Trump from tweeting for the next few hours, Russian President Vladimir Putin has decided to personally weigh in on the conflict for the first time since the UN passed new sanctions against the North earlier this month. In an article published on the Kremlin’s web site, the Russian president warned that the two sides are “balancing on the verge of a large-scale conflict," adding that any efforts to pressure the North to end its nuclear program would prove “futile,” and that the only tenable solution to the standoff would be a "dialogue with preconditions."
"It is essential to resolve the region’s problems through direct dialogue involving all sides without advancing any preconditions (for such talks)," Putin wrote. "Provocations, pressure, and bellicose and offensive rhetoric is the road to nowhere."
His remarks about a diplomatic solution alluded to a “road map” to peace formulated jointly between Russia and China.... without the U.S.

Why Bill Cosby Is Innocent

By Finian Cunningham: The Western media would have us believe that North Korea and its nuclear arsenal is the world’s number one threat. The continual depiction of a "rogue" state in the Western media plays into the US agenda of a pre-emptive attack on North Korea.
But let’s get this straight. North Korea has an estimated 10-20 total number of nuclear warheads, according to the latest annual report from the respected Stockholm International Peace Research Institute (SIPRI). That represents a minuscule fraction – some 0.1 per cent – of the world’s total stockpile of nuclear weapons. 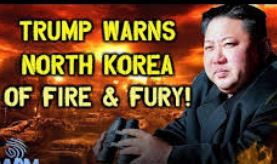 The United States has a nuclear arsenal of some 5,000 weapons – more than 300 times the size of North Korea’s. The US along with Russia (also 5,000 warheads) account for 93 per cent of the world’s total inventory of nuclear weapons.
What distinguishes the US are the following pertinent facts. (Yet these facts are rarely if ever considered in Western media news coverage.)
It was the first country to develop such weapons of mass destruction, in 1945. Russia, the second country, developed its first atomic bomb four years later in 1949.
The US is the only country to have used nuclear weapons, when it dropped two atomic bombs on Japan – just three weeks after it successfully tested the weapon in the New Mexico desert on July 16, 1945. The attacks on Japan killed at least 200,000 civilians.