Why Sargon Did Nothing Wrong

'This lawsuit serves not just as an attempt to silence Sargon but, to ruin him, all because he mocked her.'
By Jordan Holbrook: Last Friday (25th), popular YouTuber Akilah Obviously (Akilah Hughes) filed a complaint (henceforth referred to as ‘The Complaint’) against another (more) popular YouTuber, Sargon of Akkad (Carl Benjamin), making two Claims for Relief: Federal Copyright Infringement and DMCA Misrepresentation. The Complaint comes hot off the tails of the recent H3H3 Productions case, when Matt Hoss filed a similar copyright infringement lawsuit against H3H3, which he ultimately lost. There are many similarities between the two cases.

Ironically, the Law Firm representing Akilah once offered to assist Sargon when he was being false DMCA’d back in March. They are also the same law firm that once worked for H3H3, before they were fired.
The Complaint explains that “[D]uring the night of the stunning 2017 Presidential election, Hughes had the rare opportunity to cover the live events taking place at Democratic candidate Hillary Clinton’s watch party … [U]sing this priceless material, Hughes created, edited, and published an original video essay detailing her unique viewpoint and sharing footage shot throughout this unforgettable night.”

Cassie Jaye: The Red Pill: Raw Files consists of never-before-seen footage from the making of The Red Pill documentary. This footage is being released for educational purposes, to inspire discussion and debate on gender issues.
Posted by Angelo Agathangelou at 9:01 pm No comments: Links to this post

Gary Orsum:
Can't find a bin? Prepare for
the apocalypse.
Posted by Angelo Agathangelou at 6:23 pm No comments: Links to this post

By Kathy Gyngell: The feminists have had a field day. The Women's Rugby World Cup final was last Saturday, and weren’t we made to know it. Never mind that England's wimmin lost, the media’s obliging deference to the feminist demand for equal attention and respect for women’s sport was a victory for gender politics.

That, I would surmise, more than its novelty value, was why practically every newspaper featured generous spreads on England’s rugby amazons. O2’s ‘Win or lose, we wear the rose’ PC campaign bought two full-page advertisements to promote these statement-making ‘he’ girls. The BBC’s Today programme needed no incentive to lend its airtime. From the excited coverage you’d have thought we were building up to Jonny Wilkinson’s winning drop goal at the 2003 World Cup final.
That such drama never materialised was neither here nor there. Though few men cared and fewer watched – men are still the predominant sports watchers  – despite all those ‘compulsory’ female TV sports reporters, obedient journalists insisted that England’s defeated team had inspired the nation. And feminists could chalk up another notch on their anti-patriarchal bedpost.

Boys Will Be Boys, Girls Won’t

By Laura Perrins: First came the announcement that Hollywood was going to create an all-girls Lord of the Flies, then on Saturday John Lewis said it would make all its children’s clothes ‘gender neutral’. The all-out assault on children, their innocence and reality itself has been relentless.

First, the idiotic idea that one can make an all-female Lord of the Flies movie that remains faithful to the message of the book. The big problem with an all-girls Lord of the Flies is that a gender switch means it is no longer Lord of the Flies.
This is obvious because of the inherent differences between the sexes, which are played out day in, day out, in homes and schools across the country. We know what happens when a group of boys get together: they are boisterous, they wreck your house, they like to fight.
Yes, there are quieter boys who like to read a book, and they are boys just as much as the house-wrecker. But the point, as William Golding demonstrated so effectively, is that these quiet boys are the ones that get picked on by the bullies when adults are not there to impose rules and civilise said bullies.
What exactly will the writers do with the girls in the wild? Will the mean ones psychologically torture the nice ones, while they all starve to death? Will the tomboy who went to Boy Scouts organise everyone to sit around the campfire and collaborate on what to do next?

The United States Of Manufactured Hysteria 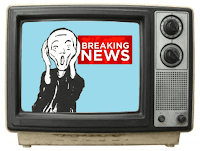 By CJ Hopkins: Thank God for the Charlottesville Nazis! For a moment there, it was looking like we were actually going to have a few days to stop and reflect on the state of America without being subjected to some new form of manufactured mass hysteria. Seriously, just a few short weeks ago, as the corporatist ruling classes’ ridiculous attempt to convince the world that Donald Trump is some sort of Russian sleeper agent appeared to be finally fizzling out, a significant number of leftist types were beginning to wonder if maybe, just maybe, the fact that the United States government is controlled by a global corporate plutocracy that has no allegiance to any nation, or people, or to anything other than itself, and that is in the process of demonizing and potentially deposing an elected president … that maybe that might be something to focus on, not exclusively, by any means, but alongside other vital issues, like defending the rights of transgender drone pilots and purging syllabi of oppressive pronouns.
Fortunately, thanks to the Nazis of Charlottesville, this dangerous moment of doubt has now passed. If you were listening closely on August 11, you could hear the collective sigh of relief whooshing out of Resistance quarters like a hypnagogic idiot wind as roughly one hundred white supremacists marched into town with their tiki torches barking N.S.D.A.P. slogans and otherwise making asses of themselves. Corporate media apparatchiks, mandarins of the Internet Left, professional and amateur Naziologists, and assorted other Nazi experts immediately went to DEFCON 1, signaling imminent Nazi invasion.

Canadian Man Convicted For Having A Tattoo

The C.O.C.K. Fairy: Guy gets convicted for murder because he got a tattoo based on an “expert” that prosecutors later discredit themselves in another trial.

Read more »
Posted by Angelo Agathangelou at 6:23 am No comments: Links to this post 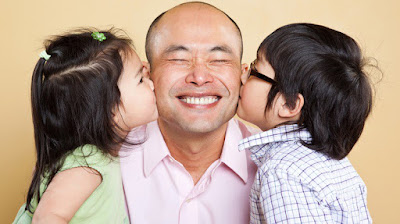 By Robert Brockway: It was Father’s Day on Sunday! Well, in Australia at least. Many countries have seen attacks on Father’s Day but Australia had been spared, at least until this year. A women who calls herself Red Ruby Scarlet has called for Father’s Day to be replaced by Special Person’s Day in Australia. She’s received some media attention and fortunately significant push-back from the community. Scarlet was apparently arguing that celebrating Father’s Day would be exclusionary for people without fathers. Taking this argument to its logical conclusions leads to absurdity. My 10 year old daughter suggested that if we took this further the US should abolish Independence Day since not everyone lives in an independent country.
Father’s Day has been under attack for years as regular readers of AVfM will know. There have recently been some suggestions that Mother’s Day has been under attack too. Fortunately today we have tools that help us quickly address this possibility. Let’s see what Google Trends says.

Read more »
Posted by Angelo Agathangelou at 3:50 am No comments: Links to this post

By Julia Conle: On what one observer called "a sad day for warmongers," the United Nations declared Friday that Iran is fully adhering to the nuclear deal reached in 2015, and that inspectors will not go looking for infractions at the request of the Trump administration. 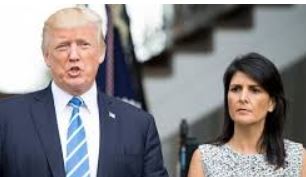 Trump and the U.S. ambassador to the United Nations, Nikki Haley, have regarded Iran and the agreement with suspicion, with Trump threatening to withhold certification of Iranian compliance, and saying in an interview in July, "If it was up to me, I would have had them noncompliant 180 days ago."
Haley traveled to the International Atomic Energy Agency (IAEA)'s headquarters last week to demand inspections of Iran's military sites—but presented no evidence of suspicious activity by the Iranians. IAEA officials reported that they would not be going on a "fishing expedition" to find Iran guilty of noncompliance. "We're not going to visit a military site...just to send a political signal," an IAEA official told Reuters, saying, "If [the Trump administration wants] to bring down the deal, they will. We just don't want to give them an excuse to."

Read more »
Posted by Angelo Agathangelou at 1:40 am No comments: Links to this post