Posted by Angelo Agathangelou at 11:15 pm No comments:

'Can you imagine the horseshit they feed their credulous clients in private?'
CreateSend: It becomes harder and harder to overstate the corruption and treachery of the online ad industry. Lord knows I've tried.

Among its other accomplishments, Facebook has become famous for its lunatic metrics and bizarre rationalizations.

You would think a company that built its business on the promise of putting sophisticated data to work for advertisers would have the sense not to release numbers that are patently ridiculous.
But time and again Facebook has undermined its credibility by making claims that are easily proven to be false, and then defended these claims with statements that are absurd.
This week it was reported that Facebook was claiming to reach 41 million Americans between the ages of 18-24. If Facebook reached every American between 18 and 24 they'd still be 10 million short. There are only 31 million of them.

Read more »
Posted by Angelo Agathangelou at 9:09 pm No comments: 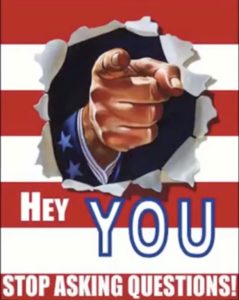 It wasn’t just me of course. It was an entire nation that was callously manipulated in the aftermath of that tragedy. The courage and generosity exhibited by so many New Yorkers and others throughout the country and indeed the world was rapidly transformed into terrifying fear. Fear that was intentionally injected repeatedly into our daily lives. Fear that translated into pointless wars and countless deaths. Fear that was used to justify the destruction of our precious civil rights. Fear that was used to initiate a gigantic power grab and the source of tremendous profits for the corporate-statists and crony-capitalsits. Unfortunately, that is the greatest legacy of 9/11. –  Michael Krieger.
By Michael Krieger: Unless we come to terms with 9/11 and the obvious fact that the official government story is a ridiculous fairytale, it’ll be hard for our nation to move forward in an intelligent, courageous and ethical manner. Many of the most destructive trends which have defined our post September 11, 2001 environment, such as a loss of civill liberties and endless barbaric wars of aggression abroad, have been directly related to our false understanding of that awful terrorist attack. As I’ve always maintained, I have no idea what really went down on that day, I just know that the U.S. government and its intelligence agencies are not being honest.

Read more »
Posted by Angelo Agathangelou at 7:22 pm No comments:

GlobalFaction: ‘Flying High’ is the second release from Apex Zero's new EP 'All and Nothing'. Produced by Frank Freeman, the track is inspired by Apex’s experiences travelling the world, living in China and touring across Asia.

Read more »
Posted by Angelo Agathangelou at 4:55 pm No comments:

Canada Jailing The Innocent : Bill C-51 + Betsy DeVos Is On The Right Side Of History

"A provision that in a sex assault cases, texts or even hand written notes must uniquely be submitted prior to the trial! ..You must disclose to your accuser and their lawyer so that prior to the trial they can migrate and manipulate the accusation around it! ...They're trying to [wo]manipulate reality so that their fake rape epidemic becomes true! ...They will get more convictions of innocent men going to jail, families destroyed, children losing their parents and homes, because their parents are rendered destitute by this!" Said johntheother.

The Death Of Neoliberalism

-Lowkey-
Posted by Angelo Agathangelou at 5:28 am No comments:

The Utility Of Racism

That Guy T said. "I believe that people presume racism to be an implicit social evil for two reasons, the first being the presentation of racism as a bad thing and the second being what I would describe as an uncharitable defining of the term. ...Whenever we hear racism from an American perspective, we assume KKK, Nazis, Jim Crow, police brutality, etc., we associate it with abuse, wrong doing, hatred and so on. ...You can be a Nazi and a racist, but being racist doesn't make you a Nazi. ...First thing that should be explained is that prejudice, discrimination and even antagonism, aren't always bad things."

Read more »
Posted by Angelo Agathangelou at 3:08 am No comments: 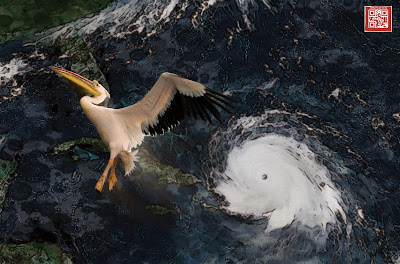 Read more »
Posted by Angelo Agathangelou at 1:15 am No comments: