Max and Stacy discuss India’s disastrous ‘demonetization’ programme which has resulted in the opposite of what Modi’s government claimed was their intention. In the second half, Max continues his interview with Michael Pento of PentoPort.com on gold returning to a bull market amidst the emerging market meltdowns.
Posted by Angelo Agathangelou at 10:06 pm No comments:

Feminism The Scam - What Is To Be Done?

Hannah Wallen said. "Here I am at the question, what is to be done? Considering it raises some other questions. What is the actual problem? What is right and what goals should we have if we are a movement and not just a group that shares a label for an outlook? Given that we're discussing feminism and non-feminism, why would I be asking, what is the actual problem? For that we have to look at how and why feminist agitation effects people. By agitation I'm referring to lobbying, protests, information campaigns, anything they do to create change in the legal and social landscape. The first answer is that it leads to gender imbalance in adult obligations accountability, rights and restrictions, one which has a damaging impact on the welfare of individuals of both sexes."

'He is a very outspoken critic of the Israeli government and
as a consequence he told us he has been attacked in the street and opponents have been trying to get this current tour
called off by contacting the venues. ...I am happy to see Gilad defying his critics and coming to play for us.' 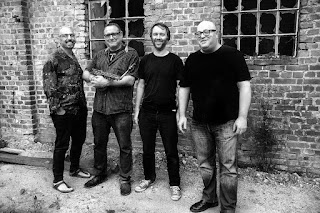 By Stuart: It was back in the very early 90s when the man who I’ve since come to think of as my father-in-law hooked me up with a copy of A Love Supreme by John Coltrane, and so began a quarter century love affair with one of the greatest musicians who ever lived. 26 years and counting, and still I feel like I’ve barely scratched the surface – still so much of his work to listen to and digest, still hearing new things in records I’ve played hundreds of times. So, to embark on a tour billed as the Spirit Of Trane, promoting an album of the same name felt like a very bold move and I wondered whether Israeli born, British jazz musician Gilad Atzmon and his band would be able to do justice to the great man’s music.
Within moments of opening number In A Sentimental Mood all of my fears had been allayed. Gilad is a world class musician in his own right, as were the Orient House Ensemble – Frank Harrison on keys, Yaron Stavi on double bass and Enzo Zirilli on drums.

Read more »
Posted by Angelo Agathangelou at 4:25 pm No comments:

Deek Jackson: This is Track 1 from the DVD /Film 911 The Musical. It contains live news footage broadcast on the day. It is disturbing and tragic and horrible to watch. The events of 911 are a monstrous Lie and no one should accept the official version ..ever

Read more »
Posted by Angelo Agathangelou at 11:29 am No comments:

Echoes Of Iraq-WMD Fraud In Syria

Just as the our Western governments feigned ignorance to signs in 2002-03 that anti-government Iraqis were fabricating WMD claims, evidence is being brushed aside that Jewish state Israel backed foreign insurgents in Syria have ginned up chemical attacks

By Robert Parry: The New York Times and other Western media have learned few lessons from the Iraq War, including how the combination of a demonized foreign leader and well-funded “activists” committed to flooding the process with fake data can lead to dangerously false conclusions that perpetuate war.

What we have seen in Syria over the past six years parallels what occurred in Iraq in the run-up to the U.S.-led invasion in 2002-03. In both cases, there was evidence that the “system” was being gamed – by the Iraqi National Congress (INC) in pushing for the Iraq War and by pro-rebel “activists” promoting “regime change” in Syria – but those warnings were ignored. Instead, the flood of propagandistic claims overwhelmed what little skepticism there was in the West.

Read more »
Posted by Angelo Agathangelou at 10:18 am 5 comments:

Dad's Rules For Dating His Daughters

"Dad shares rules for dating daughters. Is making parents think outside the box. First I thought here we go again another dad threatening young boys, probably out on their first date, just going out into the dating world and they're getting threatened... Thankfully, I was pleasantly surprised." Said 6oodfella.

Posted by Angelo Agathangelou at 9:02 am No comments:

By Tyler Durden: British people have suddenly stopped buying cars and as BI's Jim Edwards notes, it's not clear why. 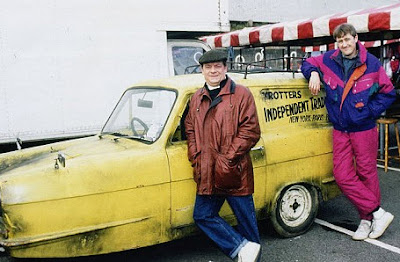 As the following chart from Barclays shows, both new- and used-car sales have collapsed... 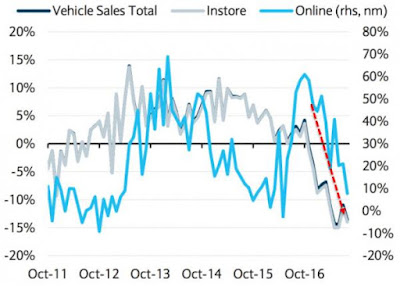 Read more »
Posted by Angelo Agathangelou at 7:15 am No comments:

Rekt Feminist Videos:
Instant Karma and instant justice in this Compilation and Instant karma fails
Posted by Angelo Agathangelou at 1:10 am No comments: