Julie Borowski: Today, I am joined by Hillary Clinton to discuss her new book, "What Happened?" Hillary gives some insight on what she feels went wrong and why Donald Trump won. Finally, we have some closure to the 2016 campaign.
Posted by Angelo Agathangelou at 11:04 pm No comments: Links to this post

America: A Country Murdering Its History + Whatever Happened To America?

America's PC Plague a 'National Catastrophe'
Russia's #1 Anchor (Kiselyov)
By Dmitry Kiselyov: Ladies and Gentlemen, say hello to Dmitry Kiselyov, Russia’s #1 news anchor, and simultaneously, the head of one of the biggest government media conglomerates, Rossiya Segodnya, which owns, among other things, RT. 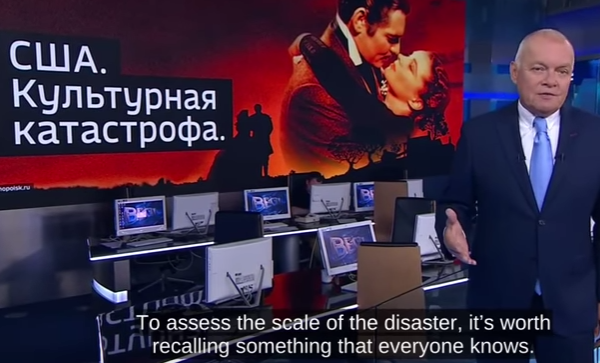 He has been roundly demonized by the western media, and put on the sanctions list, a strong hint that he probably talks a lot of good sense and is worth listening to.


Kiselyov is an excellent wordsmith, and his carefully crafted video essays pack a punch. This time he’s found an excellent translator to convey a hint at his style. Some choice chops:
Time to buy old US gold coins


I can’t say that we are always happy with our turbulent history, but at least unlike America, Poland or Ukraine, we don’t destroy monuments and don’t ban films.
Otherwise, we would have to stop showing, for example, “And Quiet Flows the Don” or “Battleship Potemkin,” to ban the “The White Guard” or “Lenin in October.” Then, we would begin to destroy the monuments.

By MRA-UK: Regular readers will be aware of Women’s Aid’s initiative “Child First: 19 Child Homicides”. The campaign objective was to further frustrate fathers’ access to their children after divorce or separation by claiming, on the basis of a very small number of specially selected cases, that fathers are a danger, rather than a benefit, to their families – women and children both. 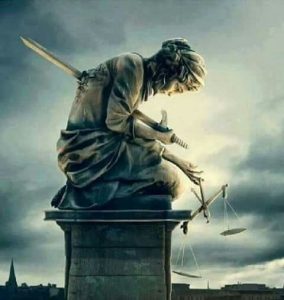 The above link now bears the triumphant cry “campaign win!”. Indeed it is. Well done, ladies. Pity about the children.
This site published a rejoinder to 19 Child Homicides in the post 330 Child Homicides later updated to 332 Child Homicides. The thrust of the counterclaim was that the assumption in 19 Child Homicides that mothers are always benign, and only fathers present a risk to children, is false. In truth, examining a larger database of Serious Case Reviews reveals that mothers are responsible for more child killings than fathers or male partners combined. This clearly establishes the falsity of Women’s Aid’s position. Moreover, it implies that uncritical assumptions that mothers, simply by virtue of their sex, represent no risk to children – or less risk than fathers – is contrary to the Court’s obligation to put the interests of children first.
Perhaps nervous that 19 Child Homicides alone might prove insufficient, Women’s Aid in conjunction with Cafcass produced this piece of joint research in July 2017. The main finding was that domestic abuse was alleged in 62% of Cafcass’s child contact cases. I can hardly claim to be surprised by this figure because it is consistent with the upper bound I derived in this post.

Read more »
Posted by Angelo Agathangelou at 7:26 pm No comments: Links to this post

Someone Keeps Flushing €500 Bank Notes Down The Toilet 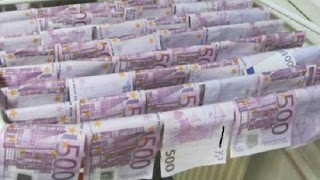 By Tyler Durden: While there are several comments one can make here, "dirty money", "flush with cash" and "flushing money down the toilet" certainly coming to mind, perhaps the ECB was on to something when it warned that €500 "Bin Laden" bills (which it has since discontinued to print) tend to be used by criminals.
The reason for this is that in recent weeks, Swiss prosecutors have been gripped by a mystery, trying to figure out why someone tried to flush tens of thousands of euros down the toilet at a Geneva branch of UBS.
And not just once.
The first €500 bills were discovered several months ago in a bathroom close to a bank vault containing hundreds of safe deposit boxes, according to a report in Tribune de Geneve confirmed by the city prosecutor’s office. A few days later, Bloomberg adds that more banknotes turned up in toilets at three nearby restaurants, requiring thousands of francs in plumbing repairs to unclog the pipes. Indeed, AP adds that at one pizzeria, police were informed after the clogged toilet had overflowed

Read more »
Posted by Angelo Agathangelou at 3:56 pm No comments: Links to this post

Max and Stacy discuss ‘big data’ making the case for crypto by allowing for single point of failure leaks of vital, private information. Max interviews James Howard Kunstler of Kunstler.com about the hot mess of US climate change policy and infrastructure spend.
Posted by Angelo Agathangelou at 1:58 pm No comments: Links to this post

My Fiancee Cheated… Then Left Me Ruined

In his own words, the Cambridge lecturer cleared of attacking unfaithful girlfriend tells of the shattering ordeal that left him ‘shunned like a leper’
By Angella Johnson: The medieval courtyards and mullioned windows of 15th Century Christ's College, in the heart of Cambridge, create an atmosphere of learned calm and quiet beauty. 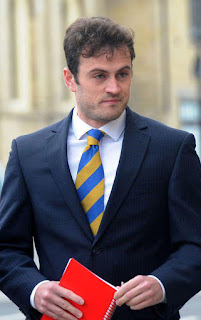 It was within these walls that the poet John Milton ruminated under a mulberry tree while a scholar, and it was here that the undergraduate Charles Darwin began his prodigious career as a naturalist.
More recently, it was where PhD student and lecturer Matthew Baron spent three dedicated years researching marine palaeontology – dinosaurs of the sea, to you or me – making breakthroughs in the study of their evolution and marking, he hoped, the beginning of a brilliant academic career.
It was here, too, that romance blossomed between Matthew, 26, and a pretty fellow postgraduate zoology student called Sophia Cooke, also 26, to whom he became engaged.
Today, however that relationship lies in tatters, and so, for a while at least, did Matthew's carefully won reputation as one of the brightest rising stars in his field at the prestigious university.
Even today, Matthew is no longer even permitted to enter the gates of Christ's College – and his entire future hangs in the balance.
Read more »
Posted by Angelo Agathangelou at 11:19 am No comments: Links to this post

By Tyler Durden: It's official: China's sharing economy has reached its peak.
After shared workout pods, stools luxury cars, and, of course, bicycles, feminist Shanghaist reports that a Beijing-based startup now has come up with a "mesmerizingly grotesque" idea: what if people could rent sex dolls through an app and return them after a period of time so that other 'silicone slammers' could take advantage of the very same product?
And no, sadly this is not a joke.
The Chinese app, which is called Ta Qu, or "Touch" in English, was launched in 2015 as a platform for discussing issues about sex and sexuality. Over the past two years, it has pivoted or "(d)evolved" into a sex doll sharing app, which is now being tested in Beijing.  The Global Times reports that daily rentals cost 298 yuan, or less than $50, while users of the app can rent dolls for a week for the price of 1,298 yuan, after making an 8,000 yuan deposit.
The dolls then get delivered right to the user's doorstep.

We're witnessing a battle between authoritarian groups in America. The "Alt-Right" and Cultural Marxists are fighting to control a government that is bankrupt, doesn't follow the Constitution, and controls a foreign empire that is running on fumes. Ron Paul describes our dilemma.

Philip Hunt: Veteran Labour MP Dennis Skinner has spoken to Westmonster about voting against the EU at every opportunity. Veteran Labour MP Dennis Skinner told Westmonster why he broke the party whip and voted in favour of the EU Withdrawal Bill, saying he’s been against the “undemocratic” EU for the last 47 years. He said: “I’m the only person in this whole Parliament who’s voted against every treaty of the EU and it’s not because I’m anything clever, it’s because I’ve lived long enough to see the whole thing from the very beginning. “I was in Parliament in 1970 and by 1971 the Common Market vote was taken. It took power away from me and gave it to the Council of Ministers – that’s undemocratic.

Read more »
Posted by Angelo Agathangelou at 2:50 am No comments: Links to this post

Robert Webb, Explain Patriarchy To Us Again - Review "How Not To Be A Boy"

HoneyBadgerRadio:
Well. This was a thing. A ghastly thing.
A thing of great thing proportions.
Posted by Angelo Agathangelou at 12:26 am No comments: Links to this post