President Trump At The UN - The FKN Newz

"God bless the United Rape of America."
Deek Jackson
Posted by Angelo Agathangelou at 10:52 pm No comments: Links to this post

Raging Golden Eagle: Because they just must spread fear of them, here's an article about how sex bots can be hacked to kill/hurt their owners! Nevermind that other types of robots are much closer to being a reality and will likely be much stronger and more dangerous, it's the sex bots we need to worry about!

Is Identity Politics Brewing A Holocaust? + Can Putin Stand Up To Washington?

'The purpose of Identity Politics - Every group
except white heterosexual males is a victim group,
and women, blacks, hispanics, homosexuals, and transgendered are taught that it is not the armaments industries,
the offshoring corporations, the financial sector,
or Washington that is their enemy'

By Paul Craig Roberts: Signs of American collapse are everywhere. Apparently no one notices. The world continues to vote with the US in the UN. When even Russia and China serve as handmaidens to US foreign policy by voting with Washington against North Korea, it appears that the image of America as the exceptional and indispensable country is a propaganda success even among Washington’s most threatened enemies. When Russia and China follow Washington’s lead, it shows the world that there is no alternative to Washington’s leadership.
A country with a $20 trillion public debt, an even larger private debt, a work force drowning in debt and employed in third world lowly paid domestic services, a stock market pumped up beyond all reason by Federal Reserve liquidity and companies using their profits to repurchase their own stock, a military that’s been tied down for 16 years by a few lightly armed Muslims [who turn out to be Mossad agents], a propaganda ministry instead of a media with public ignorance the consequence, and with a total collapse of morality in public and private institutions along with the disappearance of courage, is nevertheless able to make the entire world dance to its tune. Washington is the Wizard of Oz.

Read more »
Posted by Angelo Agathangelou at 7:15 pm No comments: Links to this post

Capitulation On Bad Bets Against China

Max and Stacy discuss capitulation on bad bets against China. In the second half, Max continues his interview with Jim Rickards, author of Currency Wars. They discuss central bank policy, currency wars and hot wars.
Posted by Angelo Agathangelou at 5:21 pm No comments: Links to this post

"The issue that is at stake today isn’t the independence -
or not - of Catalonia but democracy in Spain and
the European Union. There is no alternative, absolutely no alternative. There are only two projects now on the table:
a democratic project or repression."
By Tyler Durden: Efforts by Madrid to stop a Catalonia independence vote, currently slated for October 1st, seem to be growing more hostile by the day.  Earlier this week Spanish police seized control of Catalonia’s finances, seeking to ensure that separatist politicians could not spend further public funds on the referendum, and conducted raids across Catalonia to confiscate ballots and campaign materials from printing shops and delivery companies. 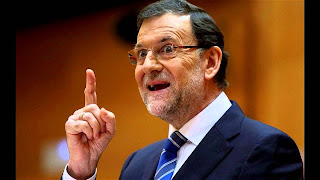 Left, Rajoy The Repressive Bastard.
Now, as the New York Times notes this morning, Spanish police have detained 14 people during operations conducted yesterday which included the secretary general of economic affairs, Josep Maria Jové.
The Spanish police detained more than a dozen people in the region of Catalonia on Wednesday, drastically escalating tensions between the national government and Catalan separatists. The episode occurred less than two weeks before a highly contentious referendum on independence that the government in Madrid has vowed to block.

Feminst Report: Standing Up To Pee Gives Boys An Unfair Advantage In Physics

You couldn't make this shit up!
By John Ellis: Yes, you read the headline correctly. In the latest example of identity politics taken to its absurd end, three Australian college professors believe that "playful urination practices – from seeing how high you can pee to games such as Peeball (where men compete using their urine to destroy a ball placed in a urinal) – may give boys an advantage over girls when it comes to physics."
The three professors didn't publish their thoughts on a satirical website like The Onion. Instead, they published on Tes, a website that provides "educational materials, jobs, news, and courses from the world's best community of teachers and school leaders." In the article, Anna Wilson, Kate Wilson, and David Low argue with a straight face that peeing standing up provides an advantage for boys over girls in learning physics. 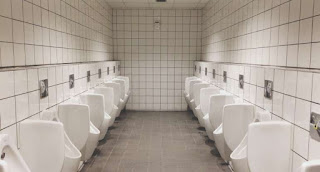 Explaining what prompted their conclusion about the advantages peeing standing up gives boys, the professors write, "The gender gap in physics, and other related subjects including engineering, has long been a cause for concern. ... Therefore we have to ask: why don’t young women perform as well in physics?"
That seems like a semi-reasonable question, I think. Except Professors Wilson, Wilson, and Low live and ask questions in the land of identity politics.

Read more »
Posted by Angelo Agathangelou at 1:53 pm No comments: Links to this post

By Gilad Atzmon: Poopootov cocktails (plastic or glass jars filled with a mix of human excrement and water) have become the prime anarchist weapons in the revolutionary struggle toward a utopian diverse universe. In America and other Identitarian battlefronts around the world there have been repeated incidents of social justice heroes hitting their enemies with cocktail missiles made of urine, poop and other juicy ingredients that originate from the human body. Antifa is not alone in its choice, in Venezuela it is actually the anti socialist anarchists led by Henrique Capriles Radonski who are excitedly using poopootov ballistics.

I wonder, what is it that motivates young revolutionaries to throw their excrement on others? What kind of zeal leads to such a disgusting crude dismissal of otherness? What are the political and ideological roots of this emerging pervasive new ethos?

Banning ‘Hate Speech’ In America Will Only Make It More Popular

Liberty is meaningless where the right to utter one’s thoughts and opinions has ceased to exist. That, of all rights, is the dread of tyrants. It is the right which they first of all strike down. They know its power. Thrones, dominions, principalities, and powers, founded in injustice and wrong, are sure to tremble, if men are allowed to reason…There can be no right of speech where any man…[is] compelled to suppress his honest sentiments. Equally clear is the right to hear. To suppress free speech is a double wrong. It violates the rights of the hearer as well as those of the speaker.” – Frederick Douglass

By Michael Krieger: A recent survey conducted by the Brookings Institution adds to my already festering concerns about American attitudes when it comes to our most precious civil liberty. Free speech.
Let’s start out by highlighting some of what we learned. First, via an opinion piece in The Washington Post:

Here’s the problem with suggesting that upsetting speech warrants “safe spaces,” or otherwise conflating mere words with physical assault: If speech is violence, then violence becomes a justifiable response to speech.
Just ask college students. A fifth of undergrads now say it’s acceptable to use physical force to silence a speaker who makes “offensive and hurtful statements.”
Read more »
Posted by Angelo Agathangelou at 5:38 am No comments: Links to this post

‘US Secret Services' Tried To Nab 29 Russian Troops In Syria

... and Got Their Butts Kicked by Spetsnaz
By Justin Huebner: Now this is something you won't see on NBC nightly news.
The Russian military spokesman in this briefing, General Sergei Rudskoi, in a matter-of-fact deadpan, explains that 'US Secret Services’, and their Al Qaeda proxies, had a very, very bad day yesterday.
Americans love bombing small, defenseless countries into the stone age, it’s part of their culture like baseball, apple pie, and morbid obesity. One of the things they never do, however, is pick on a country that can fight back.
General Rudskoi has just the facts, and nothing but the facts
Well this time they messed with the Russian Bear himself and like Napoleon and Hitler before them, reality ensued.
Yesterday, according to General Rudskoi, an army of “moderate” decapitators, directed by their Jewish controlled 'US Secret Service’ handlers, double-crossing the Russians by violating a ceasefire agreement, launched an attack with tanks and artillery on the Syrian Government north of Hama in the de-escalation zone, in an attempt to halt the Syrian Army’s successful advance.
A key part of the plan was to capture 29 Russian soldiers, which would have been a major embarrassment for Russia.
Here’s where the story gets gripping.