The Killing Of History

John Pilger tells the Americans about themselves.
It is not a pretty picture.
By John Pilger: One of the most hyped “events” of American television, The Vietnam War, has started on the PBS network. The directors are Ken Burns and Lynn Novick.  Acclaimed for his documentaries on the Civil War, the Great Depression and the history of jazz, Burns says of his Vietnam films, “They will inspire our country to begin to talk and think about the Vietnam war in an entirely new way”. 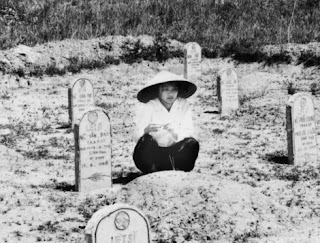 In a society often bereft of historical memory and in thrall to the propaganda of its “exceptionalism”, Burns’ “entirely new” Vietnam war is presented as “epic, historic work”. Its lavish advertising campaign promotes its biggest backer, Bank of America, which in 1971 was burned down by students in Santa Barbara, California, as a symbol of the hated war in Vietnam.
Burns says he is grateful to “the entire Bank of America family” which “has long supported our country’s veterans”.  Bank of America was a corporate prop to an invasion that killed perhaps as many as four million Vietnamese and ravaged and poisoned a once bountiful land.
Read more »
Posted by Angelo Agathangelou at 10:08 pm No comments:
Email ThisBlogThis!Share to TwitterShare to FacebookShare to Pinterest

MGTOW 101
Posted by Angelo Agathangelou at 8:15 pm No comments:
Email ThisBlogThis!Share to TwitterShare to FacebookShare to Pinterest

The Extreme Incompetence Of The CIA

By Mark Boden: Now here is something you would never see in the Lame Stream Media. This segment from the main Russian evening news exposes the Central Incompetence Agency for their cruelty, their greed, and their sheer stupidity. This is standard fare for Russian TV evening news - it might be enlightening to Americans.

Some ideas touched on in the video:
Donald Trump begins his day with a report from 17 intelligence agencies, and Americans love them. It was these geniuses that exposed how Russia rigged the election. They should know, they’ve been doing it to other countries for 70 years. But wait...aren’t these the same morons that said Iraq had WMDs? Well one million deaths later, they are still at the forefront of the US Political machine.
Read more »
Posted by Angelo Agathangelou at 10:21 am No comments:
Email ThisBlogThis!Share to TwitterShare to FacebookShare to Pinterest 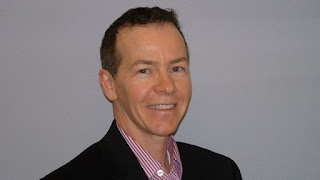 BBC: A therapist says he is "astonished" by a university's decision to stop him studying people who decide to reverse gender reassignment operations.
James Caspian [left] wanted to write a thesis on "detransition" as part of his master's degree in counselling and psychotherapy at Bath Spa University.
He said it was rejected by the university's ethics committee because it could be "politically incorrect".
The university said it couldn't comment until after an internal investigation.
Mr Caspian, a counsellor who specialises in therapy for transgender people, told Radio 4: "I was astonished at that decision.
"I think that a university exists to encourage discussion, research - dissent even, challenging perhaps ideas that are out of date or not particularly useful."
He says he wanted to study people who had swapped gender and then changed their minds after coming across evidence of a growing number of people who regretted having the surgery and finding no research had been done into the subject.

Read more »
Posted by Angelo Agathangelou at 8:15 am No comments:
Email ThisBlogThis!Share to TwitterShare to FacebookShare to Pinterest

By Author Douglas Galbi: In twelfth-century England, the donkey Burnel thought himself destined to become a bishop. Burnel had a traumatic childhood and low masculine self-esteem. Yet a donkey could offer more in love than could a man. Recognizing the value of seminal action, Burnel imagined himself being a bishop acting as a horse rather than as a mule. 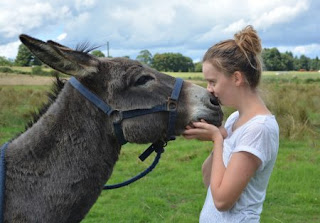 A mule is the offspring of a male donkey and a female horse. A mule thus indicates a male donkey’s sexual broad-mindedness and vigor. Wrongly stereotyped as being stubborn, scientific testing suggests that mules are more flexible learners than are donkeys, horses, or dogs.[1] Male mules, however, are sterile. No matter how much erection labor a male mule performs for a female, the female will not get pregnant. Mules thus cannot become biological fathers.[2]
The donkey Burnel had no interest in becoming a spiritual father like a mule. In considering the role of bishop, Burnel pondered the two-horned bishop’s hat known as a mitre. In medieval Europe, an abbot could also wear a mitre. An abbot, however, lacked the sacramental capabilities of a bishop.[3] Burnel respected only fully capable fatherly horns:

Read more »
Posted by Angelo Agathangelou at 6:19 am No comments:
Email ThisBlogThis!Share to TwitterShare to FacebookShare to Pinterest

By Paul Craig Roberts: Russia has provided evidence that Washington is collaborating with [Israeli Mossad's] ISIS in attacks on Russian forces. http://russia-insider.com/en/politics/breaking-russia-presents-satellite-proof-us-troops-collaborating-isis-syria/ri21030
In one Washington-directed attack, ISIS tried to capture 29 Russian military policemen. However, Russian special forces entered the fray, and the result was spectacular losses for ISIS. http://russia-insider.com/en/military/us-secret-services-tried-nab-29-russian-troops-syria-and-got-their-butts-kicked-russian
In another attack Washington-directed attack, Russian General Valery Asapov and two Russian colonels were killed in an attack that violated agreements. http://www.moonofalabama.org/2017/09/syria-us-centcom-declares-war-on-russia.html#more
Sooner or later it will dawn on the Russian government that Washington is not a rational government with which diplomacy can be practiced, peace pursued, and agreements reached. Sooner or later it will dawn on the Russian government that far from being rational, Washington is a criminally insane collection of psychopaths in thrall to the military/security complex which, in turn, is in thrall to its massive profits.
In other words, for the powerful interest groups that control the US government, war is a profit center. No amount of Russian diplomacy can do anything about this fact.

Read more »
Posted by Angelo Agathangelou at 4:12 am No comments:
Email ThisBlogThis!Share to TwitterShare to FacebookShare to Pinterest

"[US] schools still have to investigate sexual assault under title nine and if you look at it, there's all this hysteria around it about, rolling back rights, which it's really not, because the culture came along with the guidance and made the guidance so much worse, because the culture surrounding sexual assault is now so much on the side of believe the accuser who is automatically labelled as a victim before any investigation has taken place. ...The Obama system didn't help accusers, it didn't help true victims, ...because schools could still screw up, because they don't have the tools"