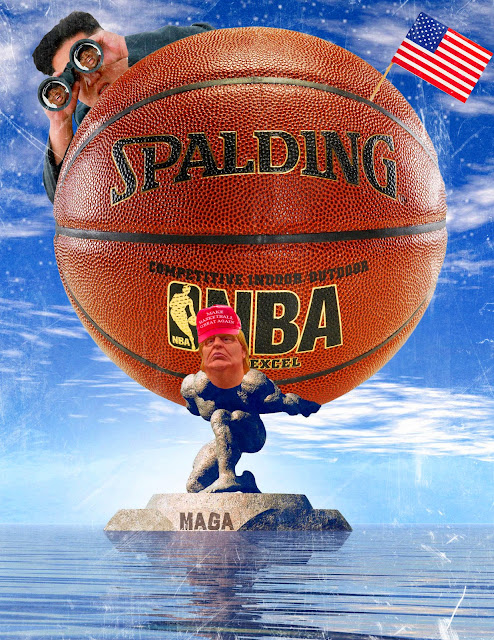 The Syrian Outcome Has Departed The Script

The CIA and presstitutes will re-write the history

By Paul Craig Roberts: Stephen Lendman sums up the success of Russian and Syrian militaries against Washington-supported ISIS. Washington claims to be fighting ISIS, but doesn’t. Remember, U.S. General Flynn, former director of the Defense Intelligence Agency, revealed on television that it was the “willful decision” of the Obama regime to use ISIS to overthrow the Assad government. General Flynn said the decision was made over his objection. https://www.rt.com/usa/312050-dia-flynn-islamic-state/
News agencies and writers should stop referring to ISIS and any of the other groups as “terrorists.” The term “terrorists” connotes an independence that the “terrorists” do not have. These so-called “terrorists” are organized, financed, and armed by Washington and Washington’s vassals. Washington uses “terrorists” as a foreign policy tool. This has been going on for decades. Yes, sometimes the “terrorists” escape Washington’s control. Washington supported Osama bin Laden in Afghanistan to help organize the Mujahideen to fight against the Soviet occupying force. Everyone knows this, or, perhaps I should say, fomerly knew it prior to the presstitutes helping Washington bury all the facts and replace them with fake news.
The CIA has long used presstitutes to rewrite history. But not all facts have yet been thrown down the Memory Hole. Here is former British Foreign Secretary Robin Cook: “Bin Laden was, though, a product of a monumental miscalculation by western security agencies.

Read more »
Posted by Angelo Agathangelou at 6:39 pm No comments:

Read more »
Posted by Angelo Agathangelou at 4:28 pm No comments:

A Crash Course On The True Causes Of “Anti-Semitism”

By The Saker: This is a topic which has had so much written about it that you could fill an entire city library with books entirely dedicated to this topic. Marx took a shot at it. As did Sartre. There were, of course, also plenty of good books written on this topic, but rather than list them all, I want to suggest a few simple common sense points and then go to what I consider an authoritative explanation of this thing we call “antisemitism” and which, of course, has nothing to do with Semites. 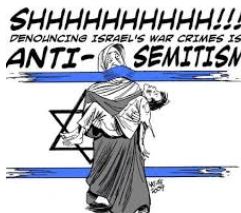 So first, let’s dump this silly term and replace it by a simple and straightforward one: judeophobia. Just like any other phobia (say, for example, russophobia) the phobia of X is the 1) fear and/or hatred of X. Some people hate Jews, others fear them (think of the “fear of the Jews” in the Scripture), some do both. So judeophobia seems both logical and uncontroversial to me.
Second, it is a truism to say that everything in the universe has a cause. That includes phobias. Including russophobia and judeophobia. For example, I would be the first person to admit that there are objective characteristics of the Russian people which makes other people fear and hate them. Like the fact that all western attempts at conquering Russia have failed.
Read more »
Posted by Angelo Agathangelou at 2:21 pm No comments:

Posted by Angelo Agathangelou at 11:07 am No comments:

By Glen Ford: Morgan Freeman is used to playing God, and in lesser roles, president of the United States. These days, however, Freeman has sold his image and aura to the worst warmongers on the planet. Morgan Freeman has signed on as a front man and propagandist for an all-out military confrontation with Russia, the only country that has the power to turn the United States into a burned out cinder. In a video that Freeman’s right-wing friends are circulating on social media, the actor declares that a new world war has already begun.

“Russia is waging war on the U.S. ,” says the text of a video, produced by the so-called Committee to Investigate Russia. Morgan Freeman then intones, “We have been attacked. We are at war.” He spins an infantile 1950s-type demonization of Russia and its president, Vladimir Putin, for supposedly using “cyber warfare to attack democracies around the world.” At this point, we discover that the man who plays God on film is, in real life, just an old time, shuffling Uncle Tom, the kind of shameless bootlicker that we hoped had gone extinct.

Max and Stacy take a look at the trillion-dollar mystery of muted inflation. While central banks are stumped, the Keiser Report suggests that the insanely concentrated wealth and flushing euros down the toilet could have something to do with it. Max interviews cryptographer Charles Hoskinson, of IOHK.io, about dissing ICOs, banning bitcoin and the future of proof of stake over proof of work.
Posted by Angelo Agathangelou at 1:19 am No comments: