How I Got Fired For Criticizing US Jewish Elites

By Philip Giraldi: Two weeks ago, I wrote an article entitled “America’s Jews Are Driving America’s Wars.” It sought to make several points concerning the consequences of Jewish political power vis-à-vis some aspects of U.S. foreign policy. It noted that some individual American Jews and organizations with close ties to Israel, whom I named and identified, are greatly disproportionately represented in the government, media, foundations, think tanks and lobbying that is part and parcel of the deliberations that lead to formulation of U.S. foreign policy in the Middle East. Inevitably, those policies are skewed to represent Israeli interests and do serious damage to genuine American equities in the region. This tilt should not necessarily surprise anyone who has been paying attention and was noted by Nathan Glazer, among others, as long ago as 1976. 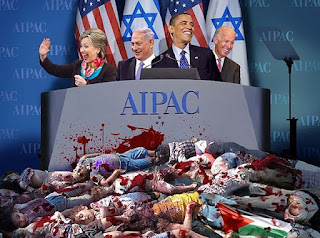 The end result of Israel centric policymaking in Washington is to produce negotiators like Dennis Ross, who consistently supported Israeli positions in peace talks, so much so that he was referred to as “Israel’s lawyer.” It also can result in wars, which is of particular concern given the current level of hostility being generated by these same individuals and organizations relating to Iran. This group of Israel advocates is as responsible as any other body in the United States for the deaths of thousands of Americans and literally millions of mostly Muslim foreigners in unnecessary wars in Afghanistan, Iraq, Libya and Syria.
Read more »
Posted by Angelo Agathangelou at 9:28 pm No comments: Links to this post 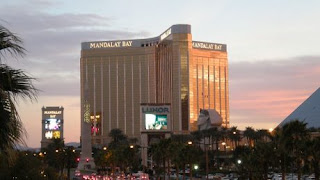 By Michael Snyder: The public is not being told the truth about what really went down in Las Vegas. As you will see below, the evidence is mounting that there were multiple shooters and that this was an operation that was planned well in advance.  But according to the mainstream media, a 64-year-old retired accountant with a flabby physique that had no military training whatsoever and that wasn’t very experienced with guns was able to pull the whole thing off all by himself.  We are being told that Paddock was a “lone wolf” that didn’t have any ties to terror groups, and since he is now dead nobody is ever going to be able to interrogate him.  But the American people definitely deserve some answers about what took place, and that means that all of us should keep digging.
The following are 16 unanswered questions about the Las Vegas shooting that the lame-stream media does not want to talk about…

Read more »
Posted by Angelo Agathangelou at 6:31 pm No comments: Links to this post

I Have Not Been Expelled From The UK Labour Party

By Gilad Atzmon: Of course I have never joined the Labour Party as it is a treacherous political institution. But it does make me giggle to witness the Labour Party expel, one after another, loathsome Jewish crypto Zionists. I am referring to those who for years have collaborated with the most notorious Hasbara merchants, and who accuse those who support the Palestinians of anti-Semitism for criticising Jewish political power and Jewish ID politics. 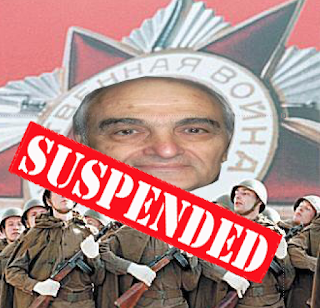 AZZ (Anti Zionist Zionist) Tony Greenstein, who has devoted his entire adult life to the task of fighting ‘anti-Semites within the Palestinian solidarity movement,’ was expelled from the Labour Party last year. He was too anti-Semitic for Corbyn’s Labour.
Yesterday we learned that arch Judeo-Bolshevik Moshe Machover, the spiritual mentor for Greensteinand a few other self-appointed Jewish commissars, has also been kicked out of Corbyn’s Labour. Like Greenstein, he was found to be too anti-Semitic for the party.
Will Machover and Greenstein now admit that Jewish power is a corrosive political force? Will they read Being in Time and The Wandering Who and learn about the dark tribal forces that made the Labour Party into a Zio-safe-Zone (ZsZ)?  Will Machover and Greenstein acknowledge that Israel Shamir, Paul Eisen, Alison Weir and yours truly have had a point all along? I doubt it.

4ORCE + DJ M.E.R.
GlobalFaction
Posted by Angelo Agathangelou at 1:56 pm No comments: Links to this post

"My Chat with Sean Lynch."
Read more »
Posted by Angelo Agathangelou at 10:48 am No comments: Links to this post

By Michael Krieger: The feminist UK’s home secretary, Amber Rudd, is the latest bureaucrat to highlight the increased global trend of governments going completely insane. Her latest plan is to threaten the British population with up to 15 years in prison for the crime of watching “terrorist material.” Yes, you read that right.
The Guardian reports:

People who repeatedly view terrorist content online could face up to 15 years behind bars in a move designed to tighten the laws tackling radicalisation the home secretary, Amber Rudd, is to announce on Tuesday.

A new maximum penalty of 15 years’ imprisonment will also apply to terrorists who publish information about members of the armed forces, police and intelligence services for the purposes of preparing acts of terrorism.
The tightening of the law around viewing terrorist material is part of a review of the government’s counter-terrorism strategy following the increasing frequency of terrorist attacks in Britain this year.

“I want to make sure those who view despicable terrorist content online, including jihadi websites, far-right propaganda and bomb-making instructions, face the full force of the law,” said Rudd.
“There is currently a gap in the law around material [that] is viewed or streamed from the internet without being permanently downloaded.

Read more »
Posted by Angelo Agathangelou at 8:17 am No comments: Links to this post

Max and Stacy take a look at the underreported UN report on Russia sanctions and what the report might teach the individual about maintaining economic sovereignty. In the second half, Stacy interviews Erik Voorhees of ShapeShift.io about the latest crackdowns on Initial Coin Offerings in the cryptocurrency space. They also discuss whether or not bitcoin is a store of value or a payment system. Or both.
Posted by Angelo Agathangelou at 6:59 am No comments: Links to this post

By Mike Buchanan: Despite some changeable weather over the past couple of days, especially challenging for those holding the poles of our new 8′ x 3′ anti-MGM banner when Hurricane Harriet swept through Manchester yesterday, our protests over the past two days were very successful. I should like to warmly thank Rod, Ewan, Patrick, David, Tony, Alistair, Jonathan and Chris for their good-natured approach to the task of handing out leaflets and engaging passers-by in conversations. As always at such events, we found time to enjoyed a few beers, and it was great to share the men’s company. A good time was had by all. 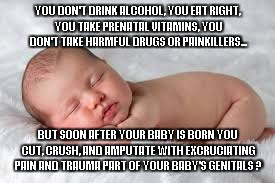 We distributed over 3,000 leaflets including the Jews Against Circumcision Brit Shalom leaflet, printed both sides, and a new leaflet, also printed both sides – here and here. New placards promoted the Brit Shalom leaflet, the Quranic Path website, and our 2018 conference.
We engaged with a huge number of conference attendees as well as plenty of well-known figures including Philip Davies MP (Winston award winner), Quentin Letts (Winston award winner), Jon Snow, Evan Davis, Matthew Parris and Lord Daniel Finkelstein, the Jewish Conservative peer (and columnist with The Times) who appears not to appreciate our presence outside his party’s conferences.

Read more »
Posted by Angelo Agathangelou at 4:49 am No comments: Links to this post

Not One Stone Will Be Left Upon Another

Ex-Jew Nathanael said. "The struggle for world power unites two seemingly conflicting forces into full international engagement, globalisation and Jewish nationalism. Bolshevism may be extinct who's goal was the obliteration of national distinctiveness, but globalisation has taken its seat, both are Jewish affairs driven by a supremacist will to place one and only one racial and religious national entity, while all others are obliterated, at the world's head whose tentacles reach far beyond the borders of Israel. It should come as no surprise then that David Cameron of England called his chief rabbi Johnathan Sach, 'my rabbi' and the rabbi of all the citizens of that once Christian nation. ...All else enter under the crosshairs of Jewry's martial arm, the US military."
Posted by Angelo Agathangelou at 1:46 am No comments: Links to this post