Jordan B Peterson: Dr. Camille Paglia is a well-known American intellectual and social critic. She has been a professor at the University of the Arts in Philadelphia, Pennsylvania (where this discussion took place) since 1984. She is the author of seven books focusing on literature, visual art, music, and film history, among other topics.

Red Pill Germany: Hey guys, I have read an article on Akif Pirincci's blog, recently. The language was all Akif, but the content might just have been a digest of TFM's channel. It is really obvious how the worldview and the analyses of these two gentlemen (or man and chimp) actually overlap. Mainly he said that men would have to take away women's right to vote again in order to restore male authority and save western civilization. All the other details are really alike to what TFM speaks about in his videos, too. So maybe the little Akif is a secret fan of the TFM Show?

Gary Orsum: According to the book of Tim, White bad, Asian good.
Read more »
Posted by Angelo Agathangelou at 5:22 pm No comments: Links to this post

The Misandric Makers Of TV Drama

From Little Big Lies to Broadchurch and Doctor Foster to Fearless, why do the makers of TV dramas hate men?
By Amanda Platell: The captivating TV drama Liar tackles one of the most contentious issues of our age - sexual consent.
When it started I thought ITV might break new ground by telling the story of a false rape claim and how it ruins a man's life. 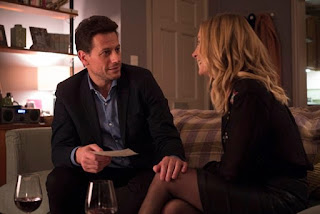 Liar begins after loopy schoolteacher Laura (Joanne Froggatt) breaks up amicably with her long-term partner and goes on her first date with widowed heart surgeon Andrew (Ioan Gruffudd).
She flirts, he responds. She's needy, he's feeling needed. They end up back at her place kissing, both having drunk several large glasses of wine.
Cut to the next morning, Laura wakes alone and decides she has been raped. The police are called and Andrew's life falls apart as he protests his innocence.
But which one of them is the liar?
This week we found out. And the answer was, predictably, the man. It turned out the doctor had not only spiked Laura's drink with a drug before raping her, he had done the same to his wife's best friend, driving his wife to suicide.
Read more »
Posted by Angelo Agathangelou at 12:55 pm No comments: Links to this post 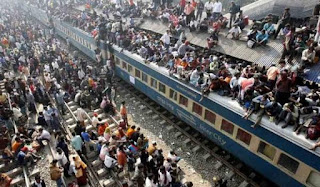 By Peter St. Onge: In the 1970’s we heard the earth was going to get so crowded we’d be falling off. Now the panickers have flipped to population decline. They were wrong in the 70’s, so are they wrong again? Is a declining population catastrophic?

Countries from Germany to Japan are investing in mass immigration or pro-birth policies on the assumption that they must import enough warm bodies to stave off economic collapse. I think this is mistaken. Falling population on a country level is certainly no catastrophe and, indeed, may be positive. I’ll outline some reasons here.
Historically, the first question is why population declined. If it’s the Mongols invading again then, yes, the economy will suffer. Not because of the death alone, but because wholesale slaughter tends to destroy productive capital as well.
On the other hand, if the population is declining from non-war, we have a well-studied natural experiment in the Black Plague. Which is generally credited with the “take-off” of the West. Because if the population declines by a third while capital including arable land stays the same, you get a surplus. Same resources divided by fewer people.

6oodfella: "It's one of the most equal opportunity jobs you can get, but apparently we need more women." Funny is funny, no matter where it comes from. Enjoy.
Posted by Angelo Agathangelou at 7:37 am No comments: Links to this post

'Hats off to Israel for outwitting the dumbshit Americans and taking over their foreign policy.'
By Paul Craig Roberts: The Israel Lobby has shown its power over Americans’ perceptions and ability to exercise free speech via its influence in media, entertainment and ability to block university tenure appointments, such as those of Norman Finkelstein and Steven Salaita. Indeed, the power of the Israel Lobby is today so widely recognized and feared that editors, producers, and tenure committees anticipate the lobby’s objections in advance and avoid writers, subjects, and professors judged unacceptable to the lobby. 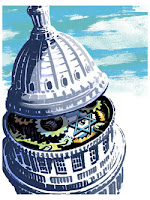 The latest example is The American Conservative’s firing of former CIA officer Philip Giraldi. http://www.informationclearinghouse.info/47942.htm Giraldi wrote an article for the Unz Review about Israel’s influence over American foreign policy in the Middle East. http://www.unz.com/pgiraldi/americas-jews-are-driving-americas-wars/ The article didn’t say anything that the Israeli newspaper Haaretz hadn’t said already. The editor of The American Conservative, where Giraldi had been a contributor for a decade and a half, was terrified that the magazine was associated with a critic of Israel and quickly terminated the relationship. Such abject cowardice as the editor of The American Conservative showed is a true measure of the power of the Israel Lobby.
Meny seasoned experts believe that without the influence of the Israel Lobby, particularly as exerted by the Jewish Neo-Con-Artists, the United States would not have been at war in the Middle East and North Africa for the last 16 years.

By Stephen Lendman: The neo-con-artist/CIA-connected Washington Post gave him feature op-ed space to discuss one of the vital issues of our time – the urgency of avoiding another Korean war, potentially with nuclear weapons, devastating the peninsula and beyond if used, Carter saying: 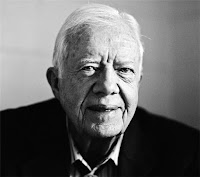 “The strong possibility of another Korean war…is the most serious existing threat to world peace, and it is imperative that Pyongyang and Washington find some way to ease the escalating tension and reach a lasting, peaceful agreement.”
True enough, the problem lying squarely in Washington, not Pyongyang, for decades wanting normalized relations with America and the West.
Carter met earlier with Kim Il-sung (North Korea’s founder), Kim Jong-nam (his eldest son and successor), and president of the Presidium of the Supreme People’s Assembly.
He found them and other DPRK officials “completely rational and dedicated to the preservation of their” country. They’re not madmen, as falsely portrayed by US and other Western hardliners. Their demands are entirely legitimate, Carter explaining they want direct talks with Washington, a peace treaty ending decades of an uneasy armistice.

Bearing's Been Thinking About The Australian Same-Sex Marriage Vote

Regards, Bearing.
Read more »
Posted by Angelo Agathangelou at 12:04 am No comments: Links to this post