Advice To Young Men In The UK - 15 Actions v Feminism

By Ken, J4MB:
15 ACTIONS MEN CAN TAKE TO
PROTECT THEMSELVES AGAINST FEMINISM
1. RECOGNISE THAT WOMEN HAVE BECOME WEAPONISED BY FEMINISTS. The world has changed. Since 2010, new laws, amended laws and new application of old laws have radically widened the definitions of domestic abuse, sexual assault, discrimination, harassment, stalking, and hate crime to such an extent that just about anything a man does can now be classed as a crime. Subjective interpretation is a key enabling feature. Under Home Office guidance, the police must now Accept everything a woman says, Believe everything a woman says and Check very little (ABC policy). All female complainants are referred to as “victims.” Under the 2014 Positive Action Policy of the police YOU WILL be arrested. Under the Zero Tolerance policies of the Home Office and Alison Saunders at the Crown Prosecution Service YOU WILL be prosecuted. YOU WILL be treated as guilty until proven innocent and YOU WILL have to prove your innocence. Women have not been empowered. They have become unwittingly weaponised by feminists to destroy men, boys and families. Feminists want women to hate the ones they love.
2. SHUN FEMINISTS AND VINDICTIVE PSYCHOS. Avoid feminists, whether or not they’re married. A false or exaggerated claim can be made by any woman against any man and feminists are far more likely than non‐feminists to do this. Avoid women who have degrees in gender studies, use the word “victim,” or think the solution to their problems is to report pettiness to the police (or anyone for that matter). Assume all women are feminists until proven to be anti‐feminists. Vindictive psychos are more difficult to avoid – you never know until it’s too late.

A Political Realignment is Necessary – The Real Struggle is Liberty vs. Authoritarianism 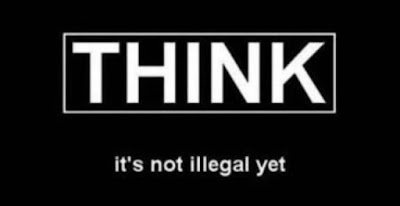 Don’t let political labels fool you, anti-free speech is anti-free speech whether it comes from a Democrat or a Republican. The real battle is Liberty vs. Authoritarianism.
By Michael Krieger: Until the public ceases bickering amongst itself along Democratic and Republican or “left” vs. “right” lines, we’ll continue to be divided and conquered by authoritarians who wield tremendous power throughout both sides of the traditional political spectrum. This isn’t to say there aren’t real, meaningful differences between those who classify themselves on the “left” or the “right,” but it is to say there’s a much bigger battle afoot and nothing’s going to get better until we frame the new political reality for what it is. The most significant, existential struggle at play in these modern United States is a battle between Liberty and Authoritarianism, and it’s extremely important you know where you stand.
While the entire Bill of Rights of the U.S. Constitution is crucial to our civil liberties, no right is more significant than the First Amendment. If we lose freedom of speech, it’s game over for our society,

Read more »
Posted by Angelo Agathangelou at 8:06 pm No comments: Links to this post 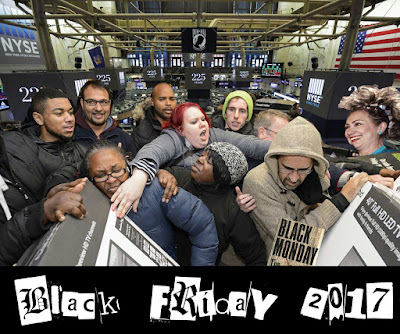 Read more »
Posted by Angelo Agathangelou at 6:11 pm No comments: Links to this post

By Ken, J4MB:
ADVICE TO YOUNG MEN IN THE UK
15 ACTIONS TO SURVIVE THERESA MAY AND ALISON SAUNDERS’
FEMINIST REIGN OF TERROR
THERESA MAY ALLISON SAUNDERS ‐ HEAD OF LONDON
PRIME MINISTER CROWN PROSECUTION SERVICE METROPOLITAN POLICE
DID YOU KNOW THAT IN THE UNITED KINGDOM TODAY?

Dr Paul Craig Roberts: In this collection of videos you can witness a real leader, the likes of which does not exist anywhere in the Western world, who speaks truth to Washington’s lies. For the humor of it, begin with this one in which Putin destroys Megyn Kelly before a large international audience. Megyn, armed with nothing but American arrogance, strode forward to bell the cat and ended with the entire audience laughing at her. The stupidity of the Western presstitutes is unlimited.

Read more »
Posted by Angelo Agathangelou at 12:22 pm No comments: Links to this post

Surprisingly, I’m Quite Optimistic About The Future

To summarize, in just the last few years the world has invented a way to create software services that have no central operator. These services are called decentralized applications and they are enabled with crypto assets that incentivize entities on the internet to contribute resources — processing, storage, computing — necessary for the service to function. 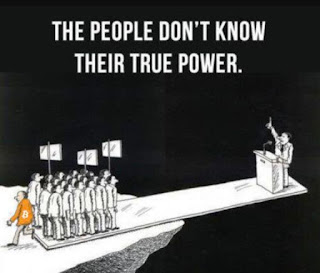 It’s worth pausing to acknowledge that this is kind of miraculous. With just the internet, an open protocol, and a new kind of asset, we can instantiate networks that dynamically assemble the resources necessary to provide many kinds of services. – From Adam Ludwin’s: A Letter to Jamie Dimon
By Michael Krieger: I’m actually pretty optimistic about the future. I know some of you might be surprised to hear that, but it’s true. This might not be the case if I had only five years left on the planet, but assuming I’m fortunate enough to stay healthy for another few decades, I think the world will be a much better place when I leave it than when I came in.
The simple fact of the matter is this. For things to get substantially better from any situation, it’s always easier to start from a pretty bad place.

Misandry And Neo-Marxism At The University Of Bristol

By Jordan Holbrook: On Thursday 12th October, the University of Bristol, in partnership with local magazine Consented, hosted an event titled “Do We Need to Abolish Masculinity”. Thankfully, the organisers were ever so kind as to not insult our intelligence by falsely referring to this event as a ‘debate’ because it was far from it. They did, however, refer to it as a ‘lecture’ on their Facebook page.

The event was mired in bias from the get-go, their choice of speakers showing the ideological leanings of the event before the doors opened:
Dr Finn McKay: Founder of London Feminist Network & “revived” Reclaim The Night. Spoke at Feminism in London 2013.
Adibah Iqbal: Intersectional feminist and journalist for Rife. Interviewed Laura Bates. Her twitter feed is stock full of white-hatred (archive). 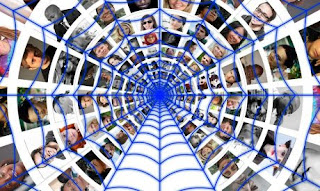 By Michael Snyder: How much is your view of the world shaped by what you see on television?  On average, Americans spend more than 150 hours watching television every month, and it is called “programming” for a reason.  If you allow anyone to pour ideas and information into your mind for five hours a day, it is going to change how you look at reality.  Everyone has an agenda, and every single news program, television show and movie is trying to alter your views.  Sadly, our society has become absolutely addicted to media, and the mainstream media is completely dominated by the elite.  In fact, about 90 percent of the programming that comes through your television is controlled by just 6 gigantic media corporations.  Most of us are willingly plugging ourselves into this “propaganda matrix” that is completely dominated by the elite for several hours each day, and that gives them an enormous amount of power over the rest of us.