Deek Jackson
Posted by Angelo Agathangelou at 11:41 pm No comments: Links to this post

By MRA-UK: 19th November 2017 is International Men’s Day. The UK site for IMD 2017 can be used to link to events and celebrations to mark what is becoming a more significant occasion every year. As in previous years, there will by a debate in Parliament on the issues facing men and boys.
Of particular note are the Men’s March and the Conference which will follow it.
The site for the Men’s March reads

“Join us as we peacefully March For Men in London on International Men’s Day 2017.
Meet at 12 pm Sunday 19th November at Trafalgar Square. We will be marching past the Royal Courts of Justice and on to Parliament Square where we will be releasing purple balloons with messages about men and boys attached- purple is our colour theme so feel free to include it in your outfit for the day!
Whilst great strides have been made over the last 50 years to bring equality to women in the workplace and the home; issues that affect men and boys have been neglected. This march is both to celebrate the contribution men and boys make to society and family life and to remind the public that men and boys too deserve equality, in family law, criminal law, protection from harm and social standing.”

RT: One of the world’s top energy importers, China, is set to roll out a yuan-denominated oil contract as early as this year. Analysts call the plan, announced by Beijing in September, a huge move against the dollar's global dominance.

The so-called petro-yuan is a “wake up call” for investors who haven’t paid attention to the Chinese plans, according to the head of Graticule Asset Management Asia Adam Levinson, as quoted by Bloomberg. 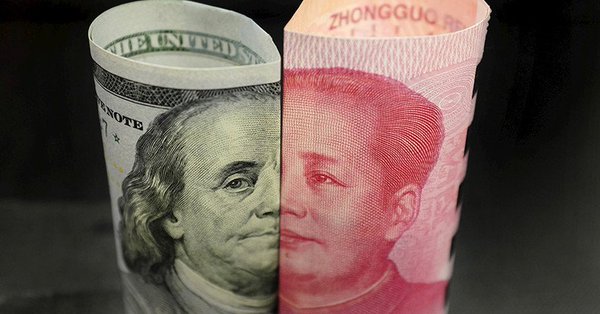 https://www.rt.com/business/403465-dollar-end-china-crude-rogers/
Earlier this year, the Chinese government announced plans to start a crude oil futures contract priced in yuan and convertible into gold. The contract will enable the country's trading partners to pay with gold or to convert yuan into gold without the necessity to keep money in Chinese assets or turn it into US dollars.
The new benchmark will reportedly allow exporters, such as Russia, Iran or Venezuela to avoid US sanctions by trading oil in yuan.

Read more »
Posted by Angelo Agathangelou at 6:51 pm No comments: Links to this post

By severing the union between them,
you don’t decrease corruption. You increase it 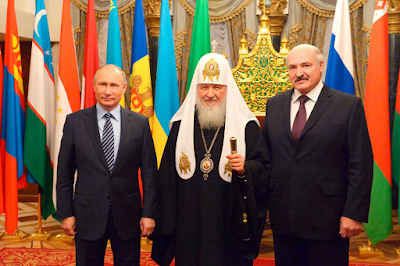 President Putin of Russia and President Lukashenko of Belarus in the throne room of the Moscow Patriarch. Together with Ukraine, Russia and Belarus form Holy Rus'. Note the blue and gold Ukrainian Flag displayed proudly between Putin and Patriarch Kirill, along with all the other flags of Russian Orthodox Lands.
By Matfey Shaheen: One of the most common criticisms of organised religion is that it involves itself in the affairs of politics and war.
People say: “Why are religious leaders getting involved in political discussions? Politics is Politics, religion is religion, never should the two meet.”
Non-religious people point to the Papal States and the Spanish Inquisition as examples of religion being too political. Likewise, many religious people have reasonable concerns that religion could be corrupted by politics and used for nefarious ends. 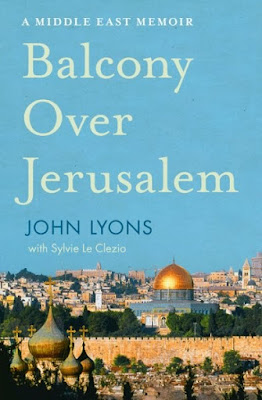 By Rod Such: Of all the pillars that help hold up Israel’s special type of settler-colonialism and apartheid, one of the strongest remains the role of Western media in amplifying Israeli hasbara (propaganda). That pillar, however, is beginning to crack.
Nowhere is this more apparent than in the reflections of prominent Australian journalist John Lyons in his book Balcony Over Jerusalem, an account of his and his filmmaker wife Sylvie Le Clezio’s six-year stint in the city, from 2009 to 2015. There, Lyons was based as the Middle East correspondent of The Australian, one of the country’s leading newspapers.
There is much that is noteworthy in this book, such as Lyons’ detailed analysis of Israel’s various attempts at “social engineering.” This includes the multilayered, bureaucratic permit regime designed to stifle Palestinian resistance to occupation and ongoing land theft, buttressed by closed military zones and other means of land confiscation that dwarf the West Bank settlements themselves.
But what ultimately stands out in Balcony Over Jerusalem is the author’s examination of how the media portray Israel and how the government and the lobby groups that shield it from accountability attempt to intimidate reporters and distort their coverage.

Read more »
Posted by Angelo Agathangelou at 1:24 pm No comments: Links to this post

By Michael Krieger: I know I must sound like a broken record by now, but Wall Street owns the U.S. economy and until that’s dealt with, the American public will continue to be preyed upon voraciously and lawlessly by some of the most unethical parasites the world has ever seen. Obama was a historical disaster on this issue, coddling and protecting banker oligarchs every step of the way. Trump’s no different. 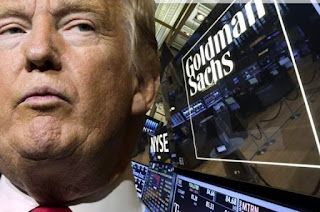 The latest evidence that things are getting even worse came last evening when the U.S. Senate voted to deliver Wall Street another gift on a silver platter.
Rather than summarize what happened, let’s turn to two of the best resources on such topics, journalist David Dayen and finance focused website Wall Street on Parade.
First, here are a few excerpts from David’s latest article published at The Intercept, After Day of Feuding, Jeff Flake and Bob Corker Join Trump to Upend a Major Consumer Protection:
With national attention focused Tuesday morning on a mushrooming feud between President Trump and Sen. Bob Corker, R-Tenn., followed by a feud in the afternoon between Trump and Sen. Jeff Flake, R-Ariz., the Senate gift-wrapped the biggest present Congress has so far bestowed upon Wall Street in the Trump era.

By Dr. Paul Craig Roberts: In my October 23 column, “The American Left: RIP,” I pointed out that political correctness now bans the use of the words “pregnant woman.” https://www.paulcraigroberts.org/2017/10/23/american-left-rip/ One might think it difficult to exceed such absurdity, but a University of Illinois professor has managed to carry political correctness to new heights of absurdity by declaring mathematics to be the language of “white privilege.” http://www.americanthinker.com/blog/2017/10/its_finally_happened_professor_claims_math_perpetuates_white_privilege.html
Why stop there? What about physics and chemistry? What about the English language itself which has established its hegemony as the world language? The US dollar which is world money?
What else have white people created in order to gain privilege? Democracy perhaps? The rule of law? Civil liberties?
Political correctness is just beginning its career. What will survive it?

Read more »
Posted by Angelo Agathangelou at 4:35 am No comments: Links to this post

Men Are Good!: Therapy has become feminized over the last 50 years much like our educational system. This has left the default therapeutic mode as being fairly friendly to the needs of women but less so to the needs of men. The default seems to be to focus on the needs of women and on how men can meet those needs .Men are seen as "accountable" while women more often get a pass. This short video offers an example of holding women accountable in order to get a good outcome for all.
Posted by Angelo Agathangelou at 1:47 am No comments: Links to this post