A statement from me on the Westminster sex pest rumour mill currently doing the rounds... pic.twitter.com/0NDAjPmZmJ
— Julia Hartley-Brewer (@JuliaHB1) 30 October 2017


Posted by Angelo Agathangelou at 11:26 pm No comments: Links to this post

By Trevor Timm: The vast majority of Americans probably had no idea that the US even had military troops participating in combat missions in Africa before the incident in Niger in the beginning of October that left four American soldiers dead. But now the Trump administration is already planning to escalate lethal military operations in the country where the attack occurred – all with little debate. 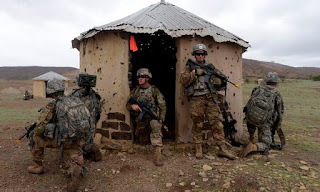 Donald Trump has been involved in a bizarre public feud with the families of the fallen soldiers, which has dominated headlines and cable television for weeks. But there has been far less pointed questions about why the US military is fighting in Niger at all, and yet it seems likely that there’s about to be more US military presence in the country that will only make matters worse.
As NBC News reported on Wednesday night: “The Trump administration is paving the way for lethal strikes against terrorists in Niger as the US military pushes forward with a plan to arm the Reaper drones that fly over that country.” Meanwhile, Republicans are also hinting that more military personnel may be on the way as well.
It apparently doesn’t matter to the Trump administration that there’s no congressional authorization to do so.

The Death Of Vancouver Nightlife

Feminism KEK: This is an investigative report into how a #metoo campaign led to a man's death. RIP Zachary.

“If Jewish power is the capacity to silence the discussion
of Jewish power, in the case of Lord Janner,
it also managed to delete the fact that Britain’s suspected
arch sex offender was also the leader of the Jewish community.”
By Gilad Atzmon: When the British Zionist zealots figured out that their smear campaign against me had gone nowhere and Reading Festival was not going to surrender to their relentless pressure, they decided to mobilise. They triggered their exclusive weapon: the sleazy orthodox Rabbi Zvi Solomons, who was available since he was sacked by (and then sued) his congregation in 2016. 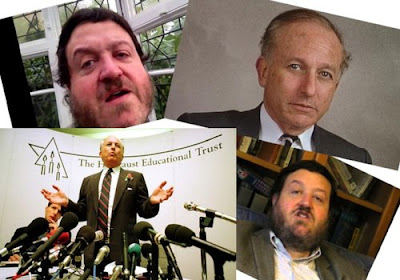 The problematic rabbi did his part. He has able to tick every box in the Hasbara book; from verbal smears to proper harassment. On the day of my talk he and his Rebbetzin wife even visited the Fairtrade shop at the Community Centre where I was presenting my talk and attempted to intimidate the staff by shoving a camera in front of their faces. This shouldn’t take us by surprise -- if it looks like a settler and it behaves like a settler, it may as well be a settler. However, Reading is not in the West Bank and that kind of vile behaviour is not what well mannered Brits expect from religious clerics.

Tommy Sotomayor
Posted by Angelo Agathangelou at 11:54 am No comments: Links to this post

Independent Man:
"I literally have no pants on while I record this.
...That's why I'm joining the #MeToo movement to share
my story of victimisation whilst outing myself as a perpetrator."

Posted by Angelo Agathangelou at 7:45 am No comments: Links to this post

A Primer For Women On Self Help Literature

Paul Elam:  I want to offer women some supportive advice that will actually do them some good.

Read more »
Posted by Angelo Agathangelou at 4:31 am No comments: Links to this post

Child Poverty In America Is Indefensible

By Alon Ben-Meir: The Trump administration’s proposals on the annual budget, the efforts to repeal and replace the Affordable Care Act (Obamacare), and restructuring of the tax system all point to a sad and even tragic conclusion. The poor will be poorer, dilapidated towns will continue to crumble, and crime will rise; but worst of all, our underprivileged children will be weaker, suffering from a lack of medical care and malnutrition with little or no prospect for better and brighter tomorrows.
The state of poverty in the United States, particularly among children, is abhorrent and scandalous, putting America, the richest and most powerful country in the world, in a shameful light. Successive American administrations are guilty of outrageous negligence toward poor children and have inflicted incalculable damage to millions who continue to suffer, causing a tremendous loss of human resources and productivity to the country.


The following heart-wrenching statistics demonstrate the magnitude of the problem. One in 11 children, approximately 6.5 million nationwide, live in extreme poverty (an average of $12,129 per year for a family of four).