Mazal Tov To The Jewish Chronicle 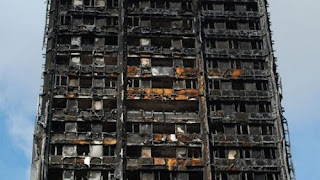 Introduction by ex-Jew Gilad Atzmon:
The following is today’s Jewish Chronicle article. It was written in a desperate attempt to portray me as an‘antisemite,’ but I actually approve the text and the references to my work.
For the first time in two decades, the rabid Zionist outlet has managed to quote me accurately. Not once before did anyone within the Hasbara league attempt to engage with my recent book Being in Time – a Post Political Manifesto. In the book I argue that the dystopia in which we live is the direct outcome of the victory of Jerusalem over Athens. While Athens is the city of reason and philosophy, Jerusalem is the capitol of revelation, obedience and adherence to mitzvoth (regulations). I suggest in Being in Time that for Western civilisation to survive, Athens and its values must be reinstated!

It is rather obvious that the JC refrained from sharing the link to my Reading talk with its readers. I guess that they were tormented by the thought that more Jews may find my ideas appealing and flip, as I myself did over a decade ago.
***
Atzmon blames Grenfell Tower tragedy
on ‘Jerusalemites following mitzvot’
Notorious author Gilad Atzmon insists Jews are 'doing way better than anyone else' as he speaks at Reading festival
Read more »
Posted by Angelo Agathangelou at 9:21 pm No comments: Links to this post

Presstv North Korea talk about US hypocrisy with Ryan Dawson.
Posted by Angelo Agathangelou at 4:02 pm No comments: Links to this post


Corbett:
The most important developments in open source intelligence news.
Read more »
Posted by Angelo Agathangelou at 2:21 pm No comments: Links to this post

MGTOW101
Posted by Angelo Agathangelou at 12:12 pm No comments: Links to this post

Why Socialism Keeps Winning In Venezuela

Empire Files: On October 15, Venezuelans went to the polls for its gubernatorial election. The United Socialist Party of Venezuela won 18 out of 23 states. It was a resounding democratic defeat for the opposition movement, the US Empire and corporate media, all which have asserted for months that the Maduro government is so unpopular that foreign-led regime change was needed. In Caracas, Venezuela, Abby Martin sat down with Professor Chris Gilbert to understand why the Chavez movement remains so strong in Venezuela despite all the attacks, the history behind it, and the threats it faces today. Gilbert is a historian and professor of political science at the Universidad Bolivariana de Venezuela. His articles on the struggle in Venezuela appear on CounterPunch.org and more.
Posted by Angelo Agathangelou at 9:45 am No comments: Links to this post

What Will Save The World ?

"We are all terrorists now!
...Whilst the [Jewish] ADL calls confederate displays 'symbols of slavery', their real scheme is to erase the Jews historical predominance in world and domestic slave trade trade. The evidence is damning." Said Ex-Jew Nathanael.
Posted by Angelo Agathangelou at 8:08 am No comments: Links to this post

Insanity And Evil Have The Western World In Their Grip 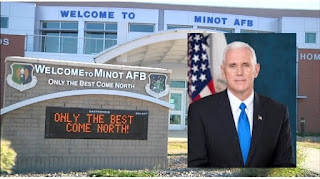 By Paul Craig Roberts: As the presstitute media has no allegiance to truth, one has to wonder if we can even believe obituaries.
For what it is worth, perhaps nothing, the presstitutes report that three US aircraft carrier battle groups are off North Korea or on the way there.
What for? Why are the morons in Washington following the 19th century British practice of sending warships? This is juvenile. China has already said that China will allow no attack on North Korea unless Korea strikes first. The Russians have indicated their opposition as well. Both China and Russia have missiles that can wipe out the three aircraft battle groups at will. So what is the point of sending obsolete ships, like the battleships anchored in Pearl Harbor for the Japanese, other than to have them obliterated and to use their demise as an excuse to start World War III?
The two-bit punk Washington puppet, NATO Secretary General Stoltenberg, has declared that “We recognize that Europe has also entered the North Korean missile range, and NATO member states are already in danger.” Remember, this was the same lie told about Europe being in range of non-existent Iranian missiles, an excuse for putting US missiles on Russia’s border just as North Korea is being used to put US missiles on China’s border.
Read more »
Posted by Angelo Agathangelou at 5:55 am No comments: Links to this post

Cassie Jaye: The Red Pill: Raw Files consists of never-before-seen footage from the making of The Red Pill documentary. This footage is being released for educational purposes, to inspire discussion and debate on gender issues.
Posted by Angelo Agathangelou at 3:30 am No comments: Links to this post