Raging Golden Eagle: What happens when the study you paid a fortune for not only doesn't prove your beliefs, but DISPROVES them? Do you admit you were wrong and change your beliefs? OF COURSE NOT! You try to hide the study and pretend it never happened!

The Demise Of Dissent: Why The Web Is Becoming Homogenized

Authored by Charles Hugh Smith: In other words, we'll be left with officially generated and sanctioned fake news and "approved" dissent.
We've all heard that the problem with the web is fake news, i.e. unsubstantiated or erroneous content that's designed to mislead or sow confusion.
The problem isn't just fake news--it's the homogenization of the web, that is, the elimination or marginalization of independent voices of skepticism and dissent.
There are four drivers of this homogenization:
1. The suppression of dissent under the guise of ridding the web of propaganda and fake news--in other words, dissent is labeled fake news as a cover for silencing critics and skeptics.
2. The sharp decline of advertising revenues flowing to web publishers, both major outlets and small independent publishers like Of Two Minds.
3. The majority of advert revenues now flow into the coffers of the quasi-monopolies Facebook and Google.
4. Publishers are increasingly dependent on these quasi-monopolies for readers and visibility: any publisher who runs afoul of Facebook and Google and is sent to Digital Siberia effectively vanishes.
The reason why publishers' advert incomes are plummeting are four-fold:
1. Most of the advert revenues in the digital market are being skimmed by Facebook and Google, as the chart below illustrates.

Read more »
Posted by Angelo Agathangelou at 5:04 pm No comments: Links to this post

‘Youngest Victim’ Of Rolf Harris May Pay Back £22,000 Compensation After Groping Conviction Overturned

By Rebecca Camber: A woman who wrongly accused Rolf Harris of groping her when she was eight may have to pay back £22,000 she won from him in compensation.
The disgraced entertainer's conviction for indecently assaulting the youngster in 1969 was quashed yesterday at the Court of Appeal. 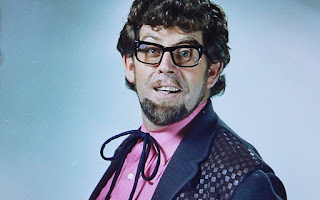 But the 87-year-old lost his battle to clear his name completely as appeal judges upheld 11 convictions for sex attacks on three victims.
His lawyers had argued that he should be cleared of all charges as the jury at his first trial was 'poisoned' by the account of the woman who claimed to be his youngest victim.
Wendy Wild, who has waived her right to anonymity, claimed Harris had plunged his 'big hairy hands' between her legs, 'aggressively' fondled her twice, when she went to get his autograph at a community centre in Portsmouth.
But her stepfather told the Court of Appeal the assault could never have happened because he would not have let her go out alone when she was so young.
Read more »
Posted by Angelo Agathangelou at 2:18 pm No comments: Links to this post

Why People Will Happily Line Up To Be Microchipped Like Dogs 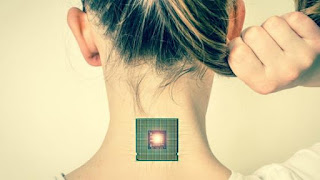 Authord by Daisy Luther: So...some people actually want to be microchipped like a dog. They’re lining up for it. They’re having parties to get it done. It if isn’t available to them, they’re totally bummed out.
I’m not even going to venture into the religious aspect of having a microchip inserted into a human being. Let’s just talk about the secular ramifications.
Certain folks won’t be happy until everyone has a computer chip implanted in them. Here’s how this could go.
Read on, because I could not make this stuff up.


Some employers are chipping workers.

Last summer, the internet was abuzz about a company in Wisconsin that wanted to microchip their employees. Workers at the technology company, Three Market Square, were given the option of having a chip implanted in their hands and 50 out of 80 eagerly lined up for the privilege. 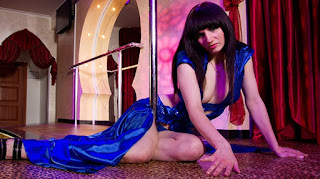 By August Løvenskiolds: The #MeToo hashtag has exploded rape hysteria from the cesspool of academia into the entertainment and general populations. A bevy of fulsome feminist men, liberal Hollywood actors like Kevin Spacey, scientists like Neil DeGrasse Tyson, and even President George H.W. Bush have found themselves choking on the bitter effluvia of overwrought harpies for alleged evil doings of decades past.
And I fear the storm is headed my way.
Accordingly, it is time for “me too” to come clean about my own sordid past. The story is not pretty but I take full responsibility for what happened. What follows is my recollection of events as they took place 31 years ago in a small Texas college town..


We were standing and facing each other. Ginny raised her right hand as if to strike me. I grabbed it with my left and with my right I pulled her hips toward me. I could feel her too short ovulation skirt ruffle against my pant legs. Her arm was forced to my shoulder as our eyes locked and I took three steps into her. She backed away but otherwise did not struggle. A sudden side step to the right with a quarter turn and we were at it.

It takes two to tango, they say, and that is how it goes when you are in a ballroom dance class.

Gary Orsum:
The ABC just can't stop telling you that men are garbage.
Posted by Angelo Agathangelou at 3:41 am No comments: Links to this post

Jordan at The Screen: In today's episode even the uk source of the pay gap statistic says women earn less because they work less.

Read more »
Posted by Angelo Agathangelou at 1:18 am No comments: Links to this post