Will Weapons Of Mass Financial Destruction Be Used Against Qatar?

Max and Stacy discuss the bizarre documents leaked to TheIntercept.com exposing an alleged financial plan to attack Qatar with weapons of mass financial destruction. In the second half Max continues his interview with Max Blumenthal about #russiagate, #TheResistance, AIPAC and more. 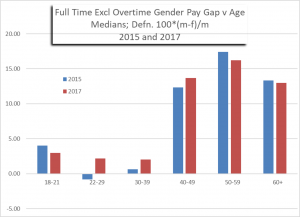 By MRA-UK: I hadn’t planned on doing another post on the pay gap – aren’t we all bored with it now? Unfortunately I am obliged to do so due to a blunder in a previous post. The blunder was not mine. It was entirely down to the Office for National Statistics (ONS). I will describe the blunder and then go on to present what I believe is the secure position on the key issue in question: how the gender pay gap varies with age.
The gender pay gap is invariably presented ‘gross’, i.e., before income tax. I take the opportunity to point out something which is never normally mentioned: net of income tax the gender pay gap virtually vanishes.
All data herein is derived from ASHE, the Annual Survey of Hours and Earnings. These surveys take a 1% sample of data from HMRC PAYE returns. The data refers to UK as a whole. However, since data derive from PAYE, only employees are covered. The self-employed do not feature. It should not be assumed that this excludes only high-earning business people. Many of the self-employed are tradesmen, for example, whose earnings may be precarious. Recall it is the self-employed who may legally pay themselves less than the minimum wage, and frequently do. Incorporating the self-employed in the gender pay gap is a job that needs doing, but is beyond the reach of an amateur. 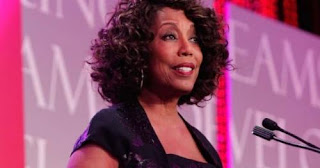 By Tyler Durden: Silicon Valley's disdain for its mostly white, mostly male tech workforce has reached absurd new heights.
The New York Post is reporting that, after just six months on the job, Apple Diversity Chief Denise Young Smith, who was named vice president of diversity and inclusion in May, has resigned her post after making a “controversial” comment last month during a summit in Bogota, Colombia.
What was Young’s crime? She insinuated that “diversity” can still exist among a group of white men because of their different life experiences.
“There can be 12 white, blue-eyed, blond men in a room and they’re going to be diverse too because they’re going to bring a different life experience and life perspective to the conversation,” the inaugural diversity chief said.
“Diversity is the human experience,” she said, according to Quartz. “I get a little bit frustrated when diversity or the term diversity is tagged to the people of color, or the women, or the LGBT."
That’s right: Young, who is – for the record – a black woman, has been forced out of Apple because her views on diversity were too inclusive.

Read more »
Posted by Angelo Agathangelou at 6:55 pm No comments: Links to this post 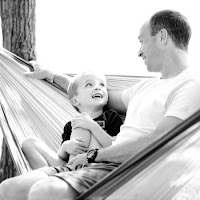 By Jordan Holbrook: There is a petition currently live and operational on the Parliament Petitions website (UK – only), demanding the introduction of automatic penalties when a contact order is broken repeatedly.
Quoting the petition:
There are many cases documented where one parent repeatedly breaks the Contact Order without penalty and the injured party (normally the father) has to keep going back to Court, at their expense, to try and see their child. This often results in fathers losing contact with their child.
Introducing more stringent automatic penalties when a parent repeatedly breaks a contact order without good reason will help keep parents in their children’s lives. We would also like a named body that can investigate when a contact order is breached. In many European countries, the police intervene immediately to ensure the rights of the child to see their non-resident parent are protected. The existing system is too slow and unwieldy and the penalties are unenforceable.
MoJ statistics show that in 2011, there were 2,000 orders for enforcement of which only 2% were successful. In 2016, there were 6,000 of which only 1% were successful.
The deadline for the petition is 17 April 2018. At 10,000 signatures the government will respond, at 100,000 the petition will be considered for debate.

Report: The US-led War "Against" ISIS Is Killing 31 Times More Civilians Than Claimed

“This may be the least transparent war
in recent American history,” the reporters write.
By Alex Ward: The Pentagon claims that its air war against ISIS is one of the most accurate in history and that it is so careful in who it targets that the 14,000 US airstrikes in Iraq have killed just 89 civilians.
It turns out that the military’s assertion is a stunning underestimation of the true human cost of Washington’s three-year-old war against ISIS. An 18-month-long investigation by the New York Times has found that the US-led military coalition is killing civilians in Iraq at a rate 31 times higher than it’s admitting. 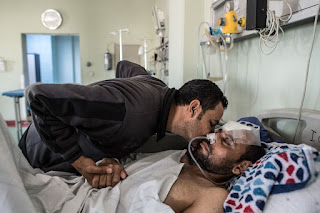 “It is at such a distance from official claims that, in terms of civilian deaths, this may be the least transparent war in recent American history,” Azmat Khan and Anand Gopal report.
From April 2016 to June 2017, Khan and Gopal traveled to nearly 150 sites in three ISIS-controlled areas in Northern Iraq. These were sites where the coalition conducted airstrikes against targets ostensibly linked to the militant group. In the places they visited, they found that the coalition vastly underreported how many civilians had died in the bombing.
Read more »
Posted by Angelo Agathangelou at 9:49 am No comments: Links to this post

Man Jailed For CREEPILY STARING At Someone!

Male Suicide: A Question Of Value

By Chris Man: The Seattle Times released an article earlier this year explaining that the suicide rate for teenage girls has skyrocketed: 524 died by suicide in 2015, a 200 percent increase from 2007. The article is filled with questions on the state of modern teenage life and hypotheses on the rise of teenage female suicide. Within the article, whispered at the end of a paragraph for passing context, is a far more startling statistic: 1,537 teenage boys died by suicide that same year. 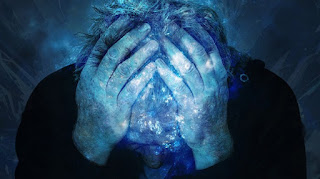 Males in the U.S. die by suicide so much more than females that the rate is an astounding 3.5 to 1, or 78 percent of all suicides. That equates to once every 15 minutes. The “gender paradox in suicidal behavior” has been the case as far back as records go — and though there are variations from country to country, this disparity is also present throughout the world. Men and boys of all cultures kill themselves more than women and girls.
Yet the professional response to this is one of neutrality. The website for the American Foundation for Suicide Prevention (AFSP) has comparative graphs of suicide by state, age, and even race, yet none for gender. There is no mention of gender beyond the 3.5 statistic, and no section discussing male suicide. Even in its opening video on the front page there are no men, save a few in the background of a crowd. There is similar sparse acknowledgement from the American Association of Suicidology (AAS) and the Suicide Prevention Resource Center (SPRC). The SPRC has an underdeveloped section about men in their “populations” tab.

Read more »
Posted by Angelo Agathangelou at 1:09 am No comments: Links to this post