By Dr. Travis Gee: Some of the people reading this article will have;
a) lost access (possibly completely) to your children due to “hostile aggressive parenting” by your ex-partner, or
b) Someone has sent you this link because you are working hard to destroy your ex-partner’s relationship with your child.
Either way, please set aside your prejudices and self-confidence for five minutes, and consider the following. 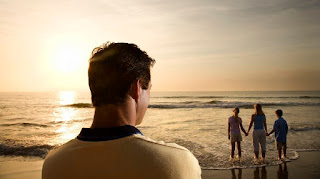 What is HAP? Basically, it is parenting a child in a way that undermines the child’s relationship with the other parent. It is often done by a parent who describes themselves as ‘protective.’ “Protective” is a concept that has a lot of grey areas.
It is clearly protective when one parent’s drug addictions, alcoholism and general propensity for violence is harming the children, and the ‘protective parent’ flees, doing everything in their power to protect the child from harm.
It is less clearly ‘protective’ when one parent is unhappy with the relationship with the other, and starts magnifying every fault of the other parent, to the point of relationship breakdown. The other parent is not a threat like in the first example, but mountains are made of molehills and this is expressed to the child.

Psywar - The Real Battlefield Is In The Mind

This film explores the evolution of propaganda and public relations in the United States, with an emphasis on the elitist theory of democracy and the relationship between war, propaganda and class.

Posted by Angelo Agathangelou at 8:58 pm No comments: Links to this post

6oodfella:
Now they're ruining hugs. Enjoy.
Read more »
Posted by Angelo Agathangelou at 6:53 pm No comments: Links to this post 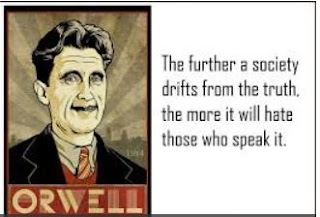 By Caitlin Johnstone: There’s a popular quote of unknown origin that usually goes something like “When fascism comes to America, it will be wrapped in a flag and carrying a cross.”
It’s a good quote, whoever said it. It warns that if manipulative oppressors are going to seize control of a nation’s government, they will obviously need to do so by appealing to the spirit of the times, the current values system of the masses. They’re not going to make their entrance screaming “Freedom is slavery!” while a band plays the Darth Vader theme. This is obvious to anyone who possesses any insight into how people think and behave.
But it’s a quote from a bygone age. Christianity and flag-waving patriotism still hold value in red states, but they’ve become largely invisible to the major culture factories of New York and Los Angeles, and thus to the dominant culture of the greater United States. If fascism came to America wrapped in a flag and carrying a cross today, it wouldn’t have enough broad public support to implement its agendas, because crosses and flags don’t hold that much sway over America’s dominant value system. In order to rope in those who don’t value the old cultural value symbols, something more is needed.
So when fascism came to America, it came wrapped in a rainbow flag, and wearing a pussyhat.
Read more »
Posted by Angelo Agathangelou at 3:07 pm No comments: Links to this post

By Mike Buchanan, J4MB: In today’s Sunday Times:
A second member of the Labour Party has died after apparently taking his own life amid allegations of sexual misconduct.
The man, understood to be in his early thirties, died suddenly last week after being suspended from the party and his job at Labour headquarters after claims involving pornography.
The revelation plunged Labour into a fresh crisis and resulted last night in calls for an independent inquiry into the party’s handling of recent complaints about sexual harassment and wrongdoing. 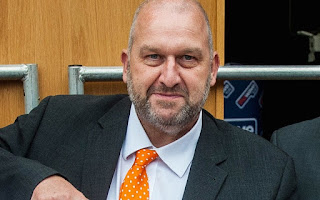 The new death came two weeks after the apparent suicide of Carl Sargeant, the cabinet secretary for communities and children in the Welsh government.
Sargeant was removed from his post and suspended from Welsh Labour on November 3 after allegations about his behaviour. He died four days later apparently still unclear about the detailed claims against him.

Max and Stacy discuss Trump making friends by ignoring human rights and ‘putting America first.’ They look at mortality rates in the US lagging further and further behind 35 other industrialized nations in the past forty years while human rights abroad rather than at home became the number one priority. In the second half, Max interviews Dan Collins of TheChinaMoneyReport.com about China 2025 and Donald Trump’s soft power in the region.
Posted by Angelo Agathangelou at 11:42 am No comments: Links to this post 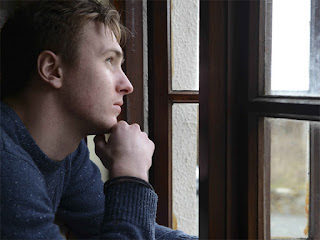 By Chris Lane: Adolescents whose fathers have depressive symptoms are more likely to experience symptoms of depression themselves, finds a new study led by UCL researchers.
While the link between mothers’ depression and depression in their children is well-established, the new Lancet Psychiatry study is the first to find an association between depression in fathers and their teenaged children, independent of whether the mother has depression, in a large sample in the general population. The effects of fathers’ and mothers’ depression on their children’s symptoms were similar in magnitude.
“There’s a common misconception that mothers are more responsible for their children’s mental health, while fathers are less influential – we found that the link between parent and teen depression is not related to gender,” said the study’s lead author, Dr Gemma Lewis (UCL Psychiatry).
“Family-focused interventions to prevent depression often focus more on mothers, but our findings suggest we should be just as focused on fathers,” she said.
The researchers drew on two large longitudinal studies of children: Growing up in Ireland, and the Millennium Cohort Study in England and Wales, using data from 6070 and 7768 families from the two studies, respectively.
Read more »
Posted by Angelo Agathangelou at 8:55 am No comments: Links to this post

"20 Stories": Dr Liz Bates And The University Of Cumbria

The Mankind Initiative: Twenty Voices is based on the work of Dr Elizabeth (Liz) Bates from the University of Cumbria, a trustee of the ManKind Initiative. All the voices included are those of male volunteers at the University of Cumbria who are reading out the actual and authentic comments provided by those male victims of domestic abuse who responded to a survey she ran during 2017.
Posted by Angelo Agathangelou at 6:01 am No comments: Links to this post

Palestine YVR: Roger Waters speaks about his evolution as a human rights activist and why he supports the Palestinian cause on Oct 26, 2017 at St Andrews-Welsey United Church in Vancouver.