Hat Burglar Gets Day In Court

Independent Man
Posted by Angelo Agathangelou at 11:01 pm No comments: Links to this post

Responding To Anti-MGTOW Videos: You Missed Your Bus

Turd Flinging Monkey: This is primarily an anti-robot video, and only secondarily an anti-MGTOW video. Luckily I knew exactly who to collaborate with.
Posted by Angelo Agathangelou at 9:02 pm No comments: Links to this post

'Operating as a Jewish thought police and
running kangaroo trials on a massive scale and
on behalf of The Lobby has taken its toll.' 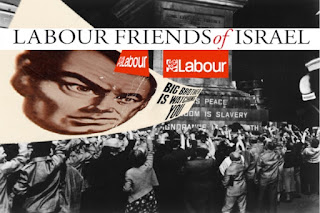 Reported by Gilad Atzmon: Jewish Labour councillor Adam Langleben (@adamlangleben) is angry that his demands haven’t been promptly met.
“There is a member of the Labour Party in the constituency where I am a councillor,” Langleben told the JC.  “She is an antisemite. I put in a complaint in July and to date no action has been taken. She continues to attend meetings and take part in street stalls. I believe in due process and I had hoped that my formal complaint would lead to a swift and speedy conclusion... But it has not.”
The Labour party is being blamed for not taking action against an active party member who ‘attends meetings and takes part in street stalls.’ The member in question runs a Twitter account called “GazaBoatConvoy”.
This Twitter account is known to many of us as an outspoken supporter of Palestine and an opponent of Zionism and Jewish power. So it is no surprise that Jewish councillor Langleben, a rabid pro Israel Labour (local) politician, is unhappy with GazaBoatConvoy.

Read more »
Posted by Angelo Agathangelou at 7:31 pm No comments: Links to this post

By hequal: You may have had the misfortune of seeing the BBC 100 Women campaign plastered all over the BBC website recently. These scheme is another form of feminist activism by the supposedly impartial BBC, where they select 100 “inspirational” women in “a unique celebration of female talent”. 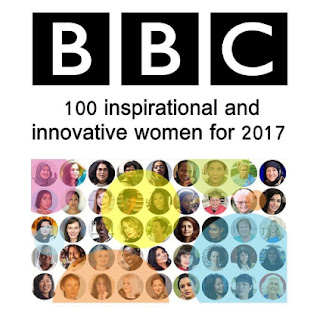 BBC 100 women has run for several years now and they even continued writing articles for it on November 19th, International Men’s Day, in the context of toilets for women on what is also World Toilet Day. While the BBC did cover the International Men’s Day debate in Parliament five days earlier, it again failed to mark the actual event in any way on the day itself. Thus, the BBC preferences commemoration of World Toilet Day ahead of International Men’s Day. Such a tactic is a sick and worn out sexist joke which the United Nations also enjoys playing on men across the globe.
We’ve no idea as to the activities and merits of  a lot of the names on the BBC 100 Women, but one name did stick out amongst all the rest, that of radical feminist Liz Kelly.

Read more »
Posted by Angelo Agathangelou at 5:26 pm No comments: Links to this post

Mike Buchanan: This debate was not held on International Men's Day because 19 November fell on a Sunday this year. Our thanks to Jeremy Lefroy (C, Stafford) for leading this debate, and to Philip Davies (C, Shipley) for his contributions. My thanks to Natoya and Raymond for joining me.
Posted by Angelo Agathangelou at 3:21 pm No comments: Links to this post

The Housing Crisis As Wealth

Max and Stacy discuss the housing crisis as wealth transfer and transferFetid Swamp Of US Tax Reform In the second half, Max interviews Charles Hugh Smith of OfTwoMinds.com about the fetid swamp of tax reform.
Posted by Angelo Agathangelou at 1:30 pm No comments: Links to this post 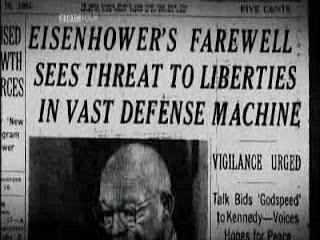 By James Petras: America's elites are obsessed with fighting with a wide range of countries, instead of pursuing constructive, mutually beneficial relations.
"Washington’s ‘enemy list’ continues to be ... imposed by its own irrational leaders, pro-Israel maniacs and Russophobes in the Democratic Party – with no acknowledgement of current realities."
Introduction
For almost 2 decades, the US pursued a list of ‘enemy countries’ to confront, attack, weaken and overthrow. This imperial quest to overthrow ‘enemy countries’ operated at various levels of intensity, depending on two considerations: the level of priority and the degree of vulnerability for a ‘regime change’ operation.
The criteria for determining an ‘enemy country’ and its place on the list of priority targets in the US quest for greater global dominance, as well as its vulnerability to a ‘successfully’ regime change will be the focus of this essay. We will conclude by discussing the realistic perspectives of future imperial options.
Prioritizing US Adversaries
Imperial strategists consider military, economic and political criteria in identifying high priority adversaries.

Regards, Bearing.
Read more »
Posted by Angelo Agathangelou at 8:16 am No comments: Links to this post

Russia will build an alternative to the system of Domain Name Servers, sanctions-proofing its internet

RT: The Russian Security Council has asked the country’s government to develop an independent internet infrastructure for BRICS nations, which would continue to work in the event of global internet malfunctions.
The initiative was discussed at the October meeting of the Security Council, which is Russia’s top consultative body on national security. President Vladimir Putin personally set a deadline of August 1, 2018 for the completion of the task, the RBC news agency reported.
While discussing the issue, members of the council noted that “the increased capabilities of western nations to conduct offensive operations in the informational space as well as the increased readiness to exercise these capabilities pose a serious threat to Russia’s security.”
They decided that the problem should be addressed by creating a separate backup system of Domain Name Servers (DNS), which would not be subject to control by international organizations. This system would be used by countries of the BRICS bloc – Brazil,
The issue of excessive dependency on global DNS has previously been addressed by Russia. In 2014, the Russian Communications Ministry conducted a major exercise in which it simulated the “switching off” of global internet services and used a Russian backup system to successfully support web operations inside the country.

Authored by Olivia Donaldson: Imagine you are in the middle of your typical day-to-day activities. Maybe you are driving, spending time with family, or working. If you are like most people, your phone is at your side on a daily basis. Little do you know that, at any time, police and law enforcement could be looking at information stored on your phone. 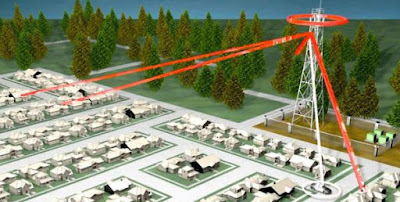 You haven't done anything wrong. You haven't been asked for permission. You aren't suspected of any crime.
US Police have the power to collect your location along with the numbers of your incoming and outgoing calls and intercept the content of call and text communication. They can do all of this without you ever knowing about it.
How? They use a shoebox-sized device called a StingRay. This device (also called an IMSI catcher) mimics cell phone towers, prompting all the phones in the area to connect to it even if the phones aren't in use.
The police use StingRays to track down and implicate perpetrators of mainly domestic crimes. The devices can be mounted in vehicles, drones, helicopters, and airplanes, allowing police to gain highly specific information on the location of any particular phone, down to a particular apartment complex or hotel room.