BLACKK CHRONICAL
Posted by Angelo Agathangelou at 10:18 pm No comments: Links to this post

The Vilification Of Don Burke

Gary Orsum: Last week it was Weinstein. Today it's Don Burke. Tomorrow it will be Matt Lauer.

How the United States military has become Zionized
By Philip Giraldi: There has been a report that Special Counsel Robert Mueller is looking into foreign lobbying in Washington while another story relates how his team is investigating the alleged contact of a Donald Trump associate with a Hungarian. Both are part of the ongoing investigation into Russiagate. Unless I am wrong, which happens occasionally, Hungary is a member of the European Union and also of the North Atlantic Treaty Organization (NATO). It has relatively free elections and its government changes as a result. 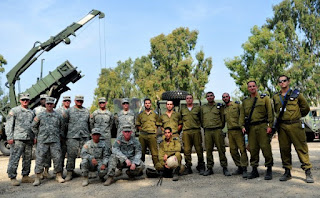 No one but the Mueller commission has considered contact with a Hungarian citizen to be a potential threat to American democracy. But then again, no one has really made the case in any kind of credible fashion that meeting with a Russian is either ipso facto criminal or treasonous, or that Moscow’s media does anything beyond what other state-owned broadcasters tend to do, but you wouldn’t know that from reading the mainstream press or from watching MSNBC and CNN.


An independent observer might well note that there is more than a whiff of hypocrisy in all of this.
Read more »
Posted by Angelo Agathangelou at 2:23 pm No comments: Links to this post

By Zach Janssen: There will always be naysayers. Blue-pill thinkers insist that men[1] can only find satisfaction through a living, breathing, flesh-and-blood woman. Meanwhile, science fiction prophets have painted a future full of robotic dream girls, perfectly indistinguishable from their human templates. Here on Earth, demand is soaring: companies are pouring R&D dollars into the problem; artificial intelligence is improving daily; and robot brothels are opening to meet a swell of demand from curious men. 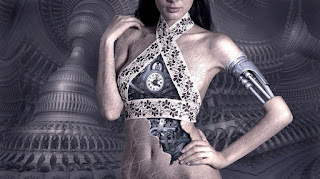 Some men look at the current models and see the glass as half-empty (not life-like at all), while others see it as half-full (all of the holes work). Both of these responses are fair, but there is one category of man who has become lost. He is enthralled by the idea of these robots. He sees them as a game-changer, and the solution to his problems. He tells himself that he is almost ready to quit women. All he needs first is an electronic one.

"The Jew-Stream Media" - We Can Sleep Well At Night?

Brother Nathanael
Posted by Angelo Agathangelou at 9:11 am No comments: Links to this post

Is Trump A Fascist? 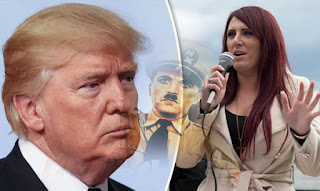 By Gilad Atzmon: Progressives routinely apply the terms ‘fascism’ and ‘Nazism’ to anything of which they disapprove.
And naturally, The Guardian’s Richard Wolffe marches into the same trap.  “Yet more proof: Donald Trump is a fascist sympathiser”  was the title of his article last night.
“It was true after the racist mob in Charlottesville three months ago. And it’s still true today: Donald J Trump quite literally sympathizes with fascists,” Wolffe writes. But what makes Britain First or American ultra Nationalists into ‘fascists’ is not obvious.
Evidently, Wolffe doesn’t like Jayda Fransen and Britain First. He is not alone. I am also not a fan. But is Britain First  ‘fascist’?  Do they believe in socialism within a state? Or the socialism of a people? Equality of one race? Does Britain First preach equality of any sort? Fascism is a secularist viewpoint that rejects religion, the Guardian may need to explain to us how Fransen and her ‘Christian Patrols’ fit within the term ‘Fascism?’ And what about authoritarianism, do we have good reason to believe that Fransen is a tyrannical character of any sort?
Wolffe’s observation that “Fransen sounds a lot like the president of the United States.” is correct as far as it goes. And the American President was unapologetic about retweeting Fransen’s videos.

Is Washington The Most Corrupt Government In History?

The man who died twice
By Dr. Paul Craig Roberts: Robert Mueller, a former director of the FBI who is working as a special prosecutor “investigating” a contrived hoax designed by the military/security complex and the DNC to destroy the Trump presidency, has yet to produce a scrap of evidence that Russiagate is anything but orchestrated fake news. As William Binney and other top experts have said, if there is evidence of Russiagate, the NSA would have it. No investigation would be necessary. So where is the evidence? 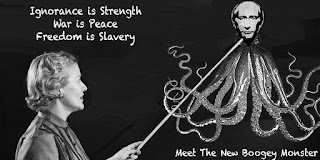 It is a revelation of how corrupt Washington is that a fake scandal is being investigated while a real scandal is not. The fake scandal is Trump’s Russiagate. The real scandal is Hillary Clinton’s uranium sale to Russia. No evidence for the former exists. Voluminous evidence for Hillary’s scandal lies in plain view. http://www.foxnews.com/opinion/2017/10/25/hillary-clinton-and-real-russian-collusion.html
Why are the clearly false charges against Trump being investigated and the clearly true charges against Hillary not being investigated? The answer is that Hillary with her hostility toward Russia and her denunciation of Russian President Putin as the “New Hitler” is not a threat to the budget and power of the US military/security complex, while Trump’s aim of normalizing relations with Russia would deprive the military/security complex of the “enemy” it requires to justify its massive budget and power.

The Case Against TESLA

Independent Man
Posted by Angelo Agathangelou at 1:25 am No comments: Links to this post